A quest for the Big Five in Kenya

A safari in Africa is always exciting: will you find the wild animals and get a good look at them? Of course the spotting of The Big Five is on the top of your wish list, but that does require some effort and luck. During my first safari in Kenya, I saw the five largest animals in Africa in one day, talking about happiness! 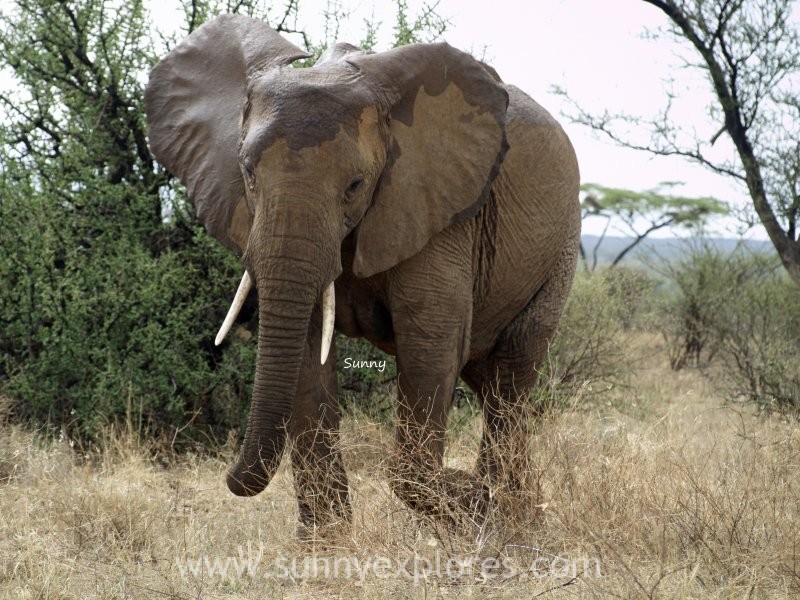 The elephant is about four meters high and is the largest animal in the world that lives on land. At birth, an elephant weighs more than a hundred kilos and as an adult, he can weigh six thousand kilos. Elephants use their trunk to eat and drink. The trunk ends in two mobile ‘fingers’. Sometimes they also use their tusks when looking for food. Those tusks are actually two very large sharp teeth and are made of ivory. It’s so sad that in our days elephants are still hunted for and threatened because of their tusks. 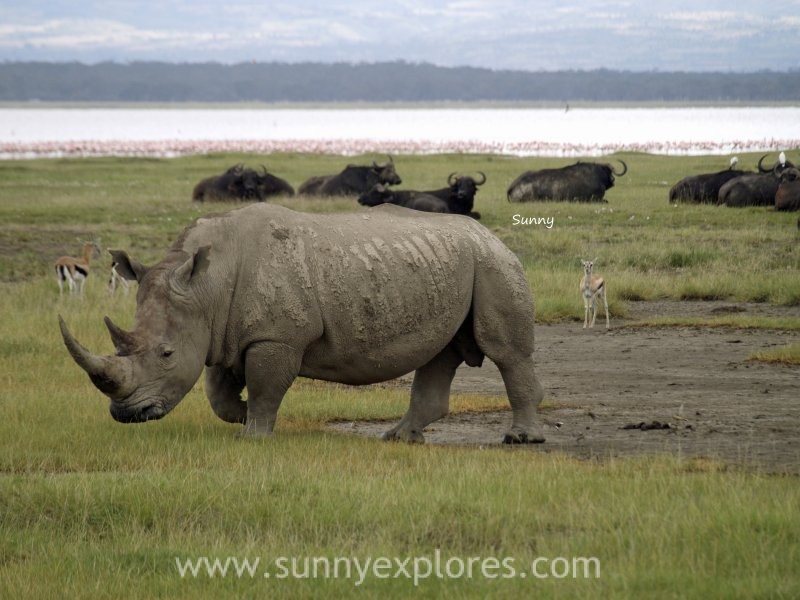 A rhinoceros weighs about three thousand kilos, yet he can run just as fast as a horse. Because of his speed, he regularly causes fatalities. He lives in family groups of three or four animals, who slowly migrate over the savannah in search of grass. Rhinoceroses see badly, but hear and smell particularly well. The Asian rhinoceros has one horn and the African rhino has two. These horns can be up to 1.5 meters long and are the reason that rhinos are threatened with extinction. Objects and medicines made from horn as unfortunately still in demand. 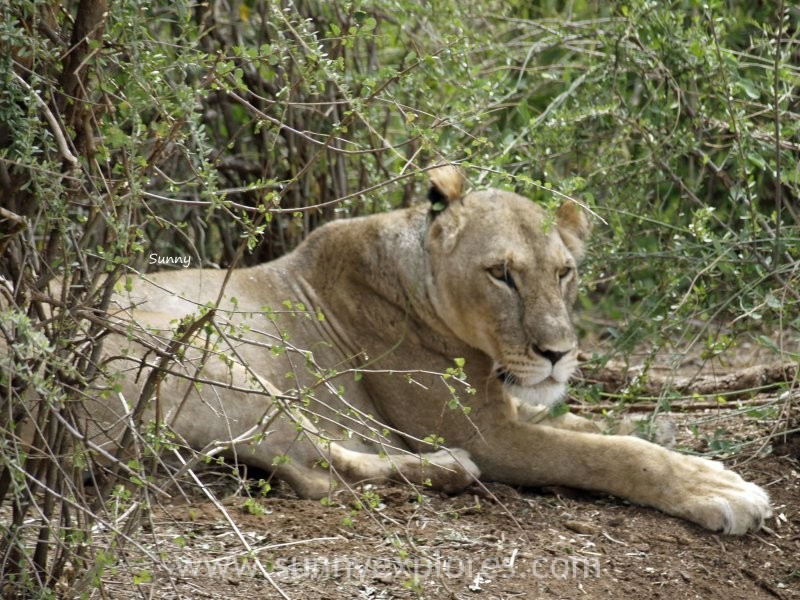 Lions live in prides and despite the fact that the male is called ‘the king of animals’, a lioness is the leader of the pride. The lionesses are also the ones hunting and caring for the little ones. Furthermore, the lions live relaxed: they sleep and rest for almost twenty hours a day. While the adult animals are lazing, it is great to watch the cubs play and being naughty. 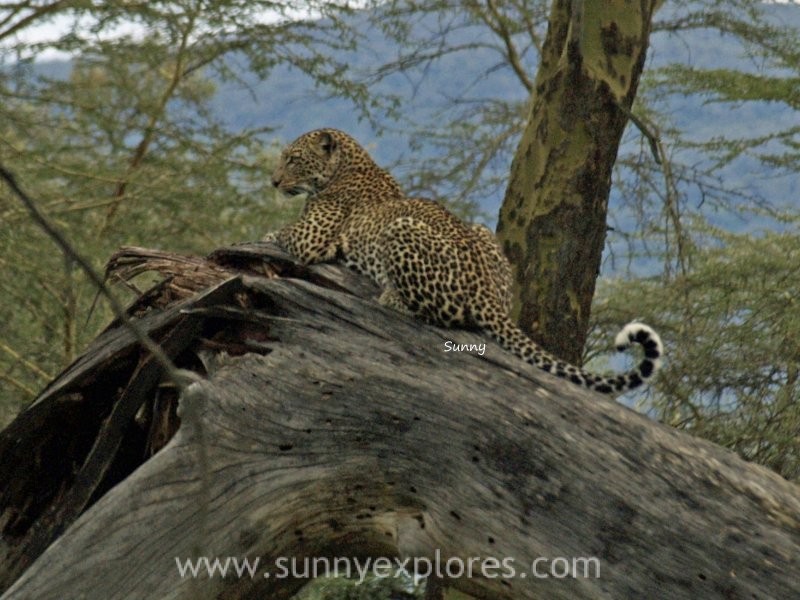 The leopard is the most beautiful animal I have ever seen. So majestic with a graceful body that is magnificent and perfect in proportion. This strong feline spends most of his time in the trees, where he looks out over his territory that can be a hundred square kilometers. When the night falls, he leaves his tree to go hunting. He prefers gazelles and baboons. The leopoard has few enemies: only lions, hyenas and big baboons dare to attack him. You do not see the leopeard often, but when you do, it’s an encounter you will never forget. 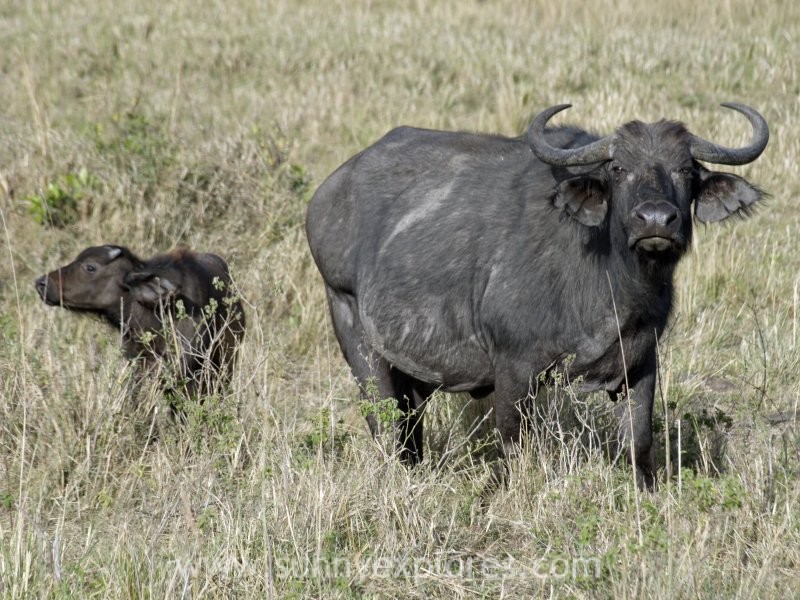 Buffaloes live in herds of several hundred animals. Despite the fact that other animals look more dangerous, the buffalo is one of the most dangerous animals of the savannah. They do not hesitate to use their huge horns, and therefore buffaloes are responsible for most deaths of all wild animals. Except for humans, the buffalo has no enemies. From a distance they are friendly animals and nothing is more fun than watching buffaloes enjoying a mud bath.

Did you ever see the Big Five? Which country did you visit?