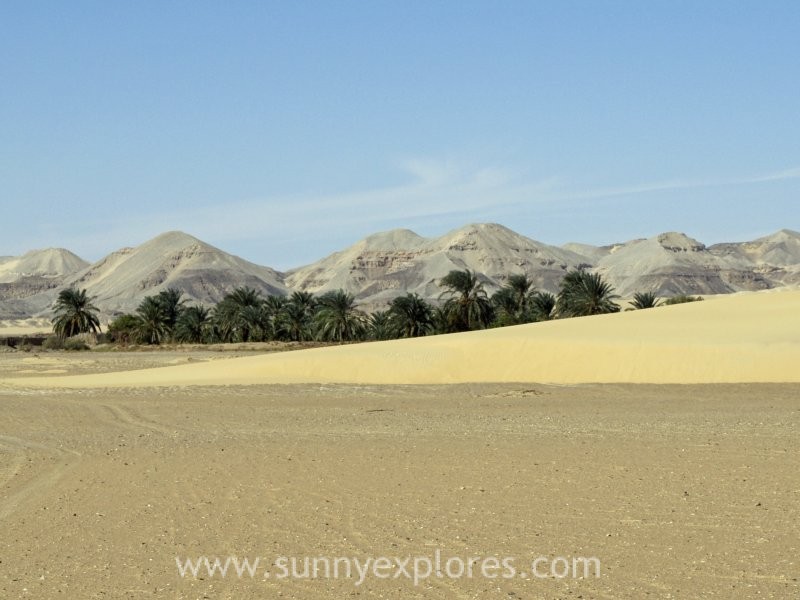 Kharga is the most southern oasis and it’s technically not situated in the Western Desert, but in the Libyan Desert. Kharga is often reffered to as the ‘Great Oasis’ and it offers quite some places to visit. Many archaeological sites have fallen into ruins nowadays, but other sites like Bagawat and the Hibis temple are worth visting. And don’t forget the desert: the sand dunes are stunning here and a good reason to travel far south. 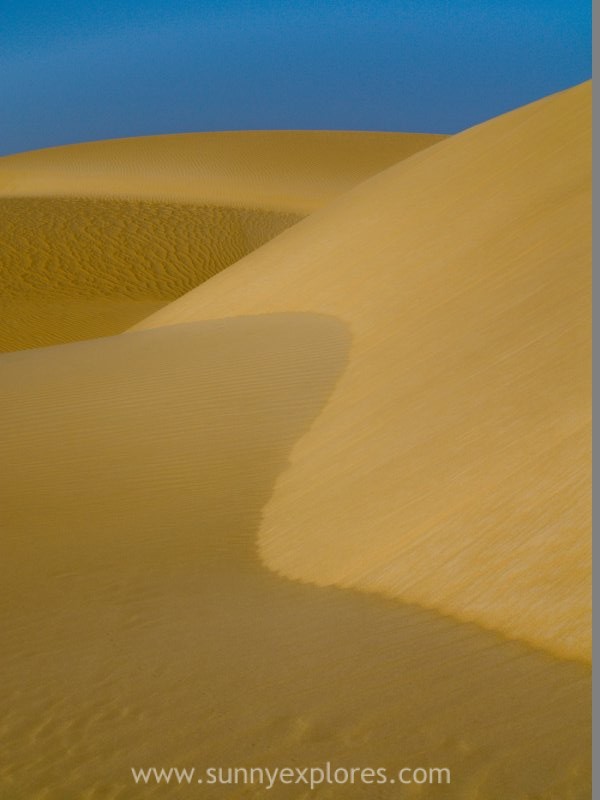 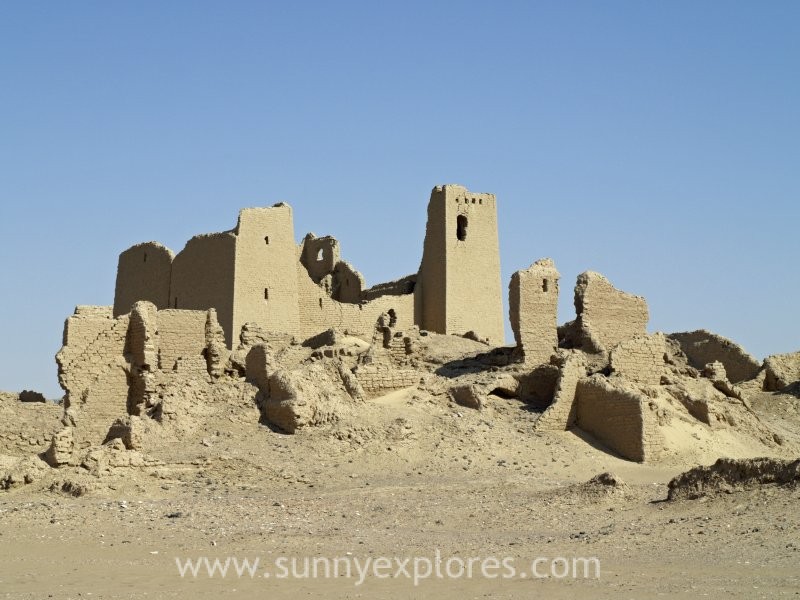 Ain Umm el-Dabadib lies on the Darb Ain Amur, the ancient route to Dakhla Oasis. Once it was a small but impressive fortress. It lies in a remote area, but in old times the fortress used to be surrounded by a large settlement. You can see an Egyptian temple, a Christian church, several cemeteries and a irrigation system.. 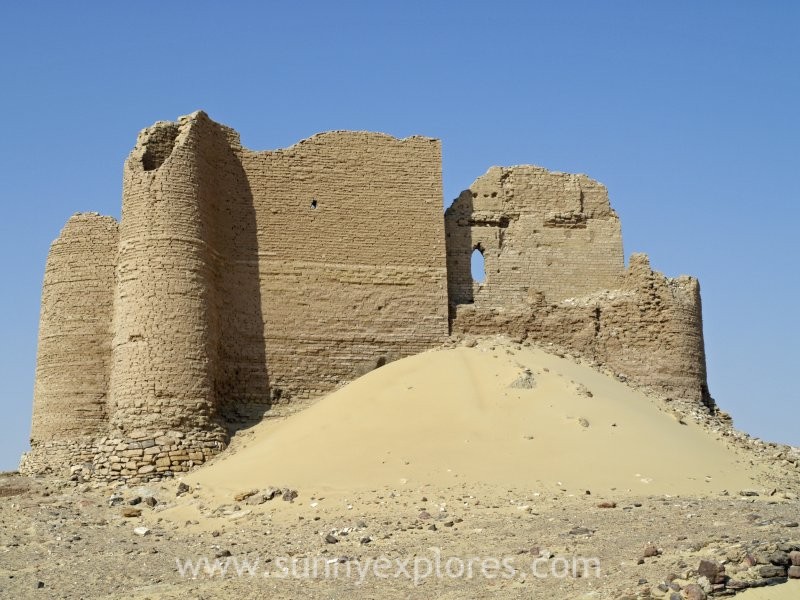 From the fortress and settlement of Qasr el-Labekha only ruins have left, but two temples, an imposing fort and some decorated tombs still remain. The fortress once had 12 meters high walls and 4 massive round towers. It secured 2 important ancient caravan routes and was important for the security in the oasis. 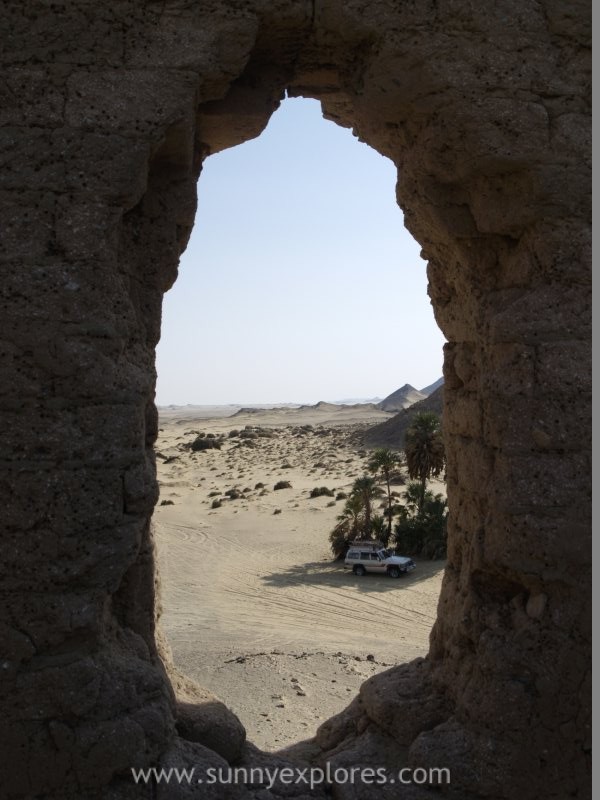 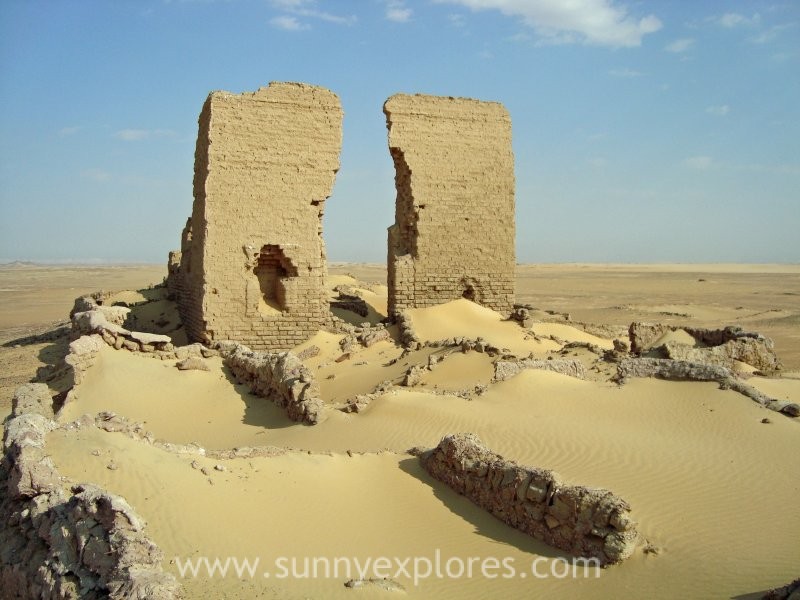 Dabashiya is also known as Ain Tabashir. It lies close to Beleida. It’s important to know you need permission from the Director of the Antiquities Office to visit Dabashiya, Beleida and nearby Ain al-Tarakwa. There isn’t much information available about this site that contains a temple, a village, a spring, some tombes and a pigeon house. 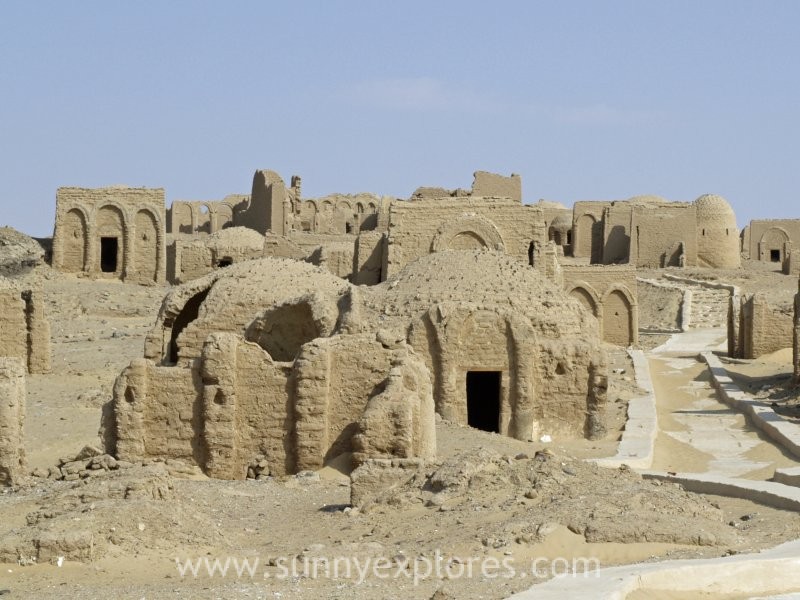 Bagawat is a large cemetery with domed mudbrick mausoleums and underground galleries dating back to the 4th century AD. They were built over an earlier Egyptian necropolis of pit-graves. As a burial ground Bagawat appears to have been in constant use until the 11th century, although the mudbrick structures date only up to the 7th century. It’s impressive to see 263 tomb-chapels arranged in streets and connected by narrow alleys. Some chapels have beautiful drawings. 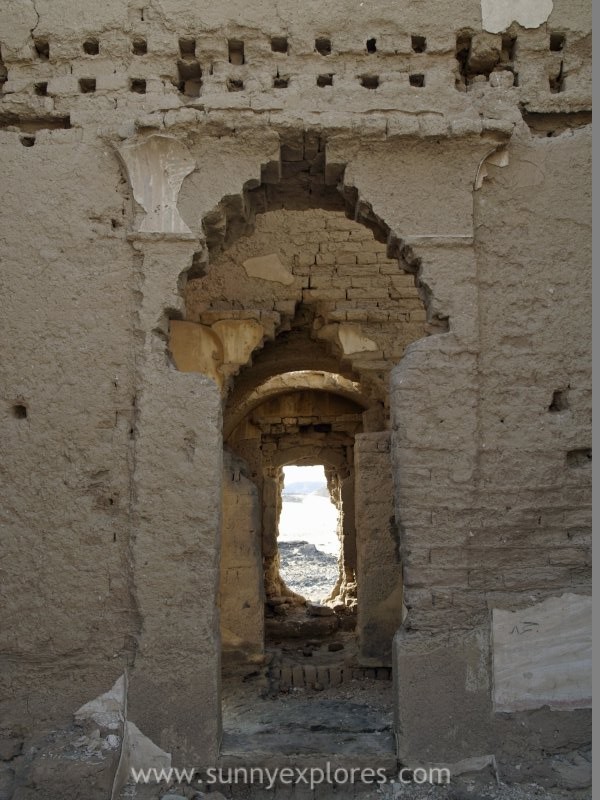 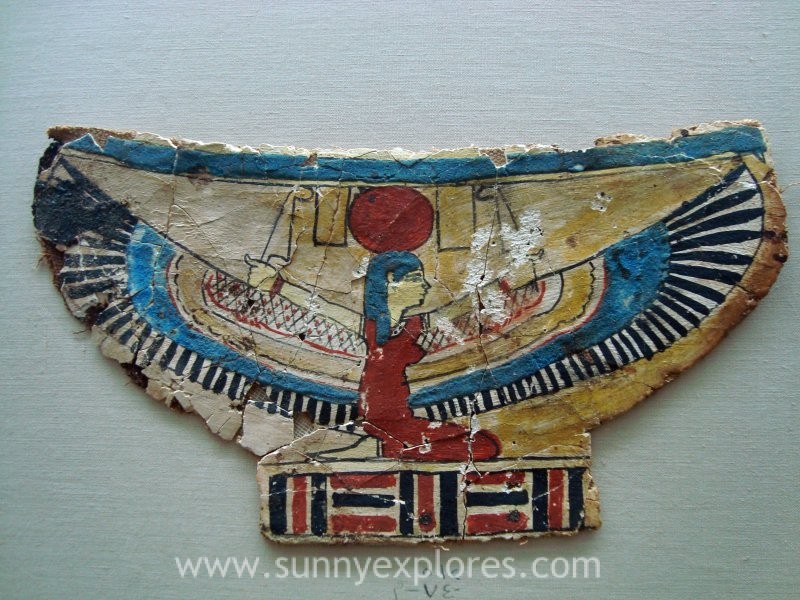 If you want an overview of the history and antiquities found in Kharga and Dakhla Oases, you have to visit Kharga Museum. In Pharaonic times, the oases were important provinces, with large settlements, since they were Egypt’s front line of defence against invaders from the west and south. My favorite artefacts are a false-door stela of Khent-Ka from the Old Kingdom and a small piece showing my favorite godess Maat. 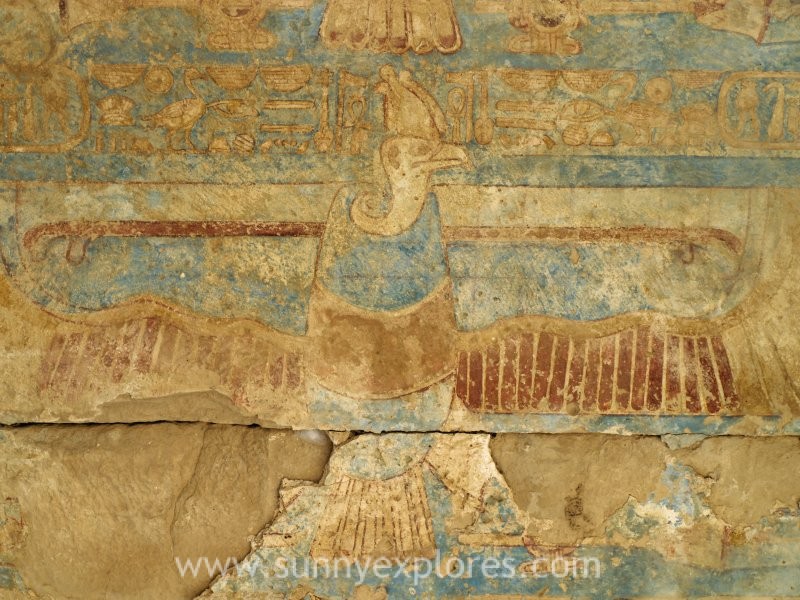 The temple of Hibis was once part of the ancient capital of Kharga Oasis. It’s the largest and best-preserved temple in Kharga oasis and dates back to the reign of the Persian ruler Darius I. The temple is dedicated to the Theban triad of Amun-Re, Mut and Khons. The hypostyle hall was added to the original temple by Hakor, a ruler of the 29th Dynasty. The hall contains 12 palm-columns. 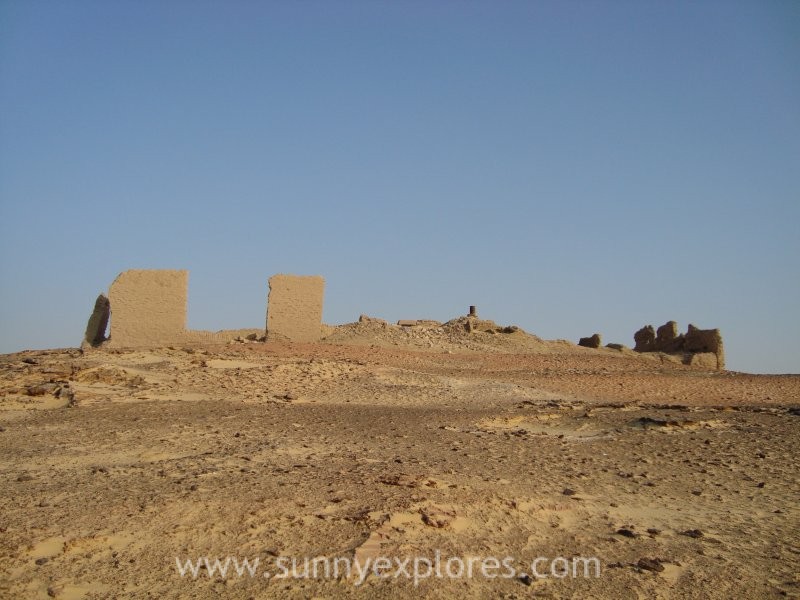 Nadura means ‘The Lookout’ and shows the remains of a Roman temple and fortification. It lies on a hill and to be honest, the ruins are not really worth visiting, except for some columns, decorations and hieroglyphic texts. But, from the top of the hill you have a great view over the Oasis, seeing the Hibis Temple and el-Bagawat. 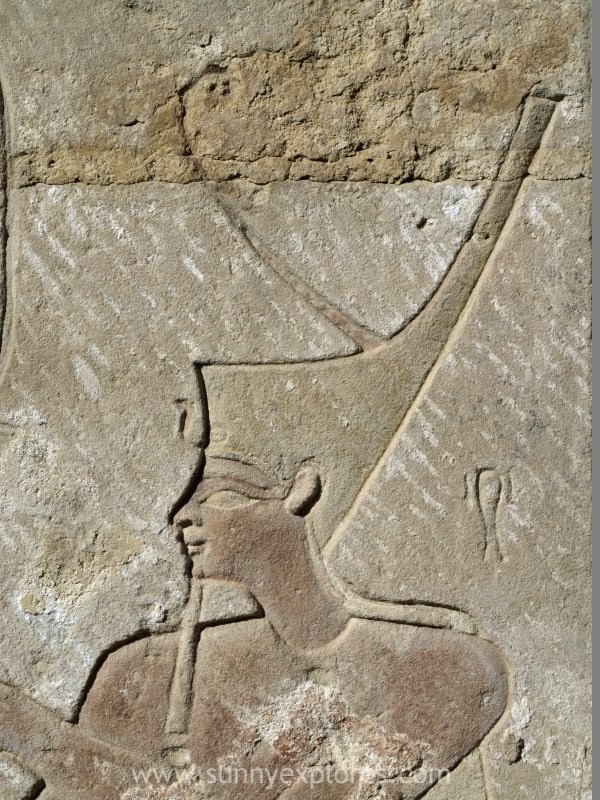 Qasr el-Ghweita was an impressive hilltop mudbrick fortress. The Arabic name ‘fortress of the small garden’, may indicate that it was part of a thriving agricultural community. The temple appears to be similar to the fortress temple at Nadura. The fortress was probably the headquarters for the Roman troops guarding the desert routes. 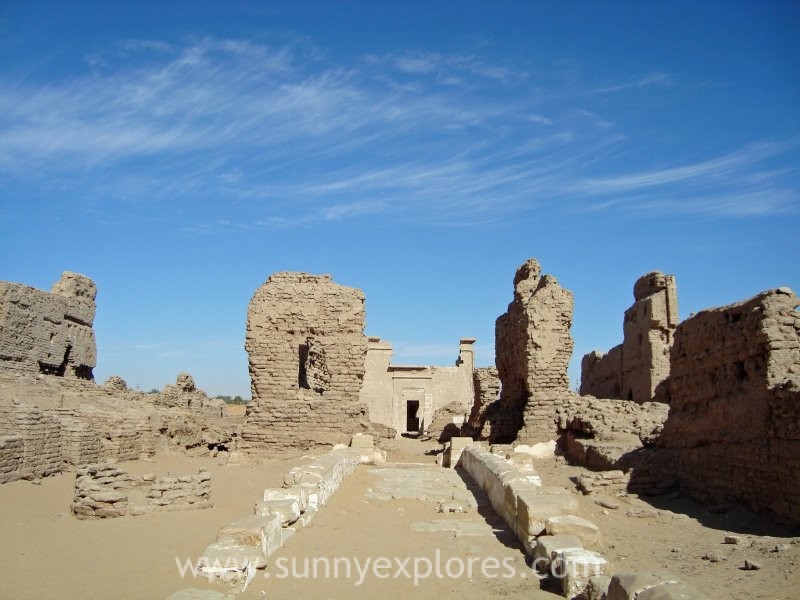 Now nothing more than ruins, Qasr el-Zayyan was once one of the largest and most important ancient settlements in Kharga Oasis. It was part of the chain of fortresses built during Ptolemaic and Roman times. Due to the availability of water it was a place where travellers came together. There is not much left that reminds this ancient grandeur. 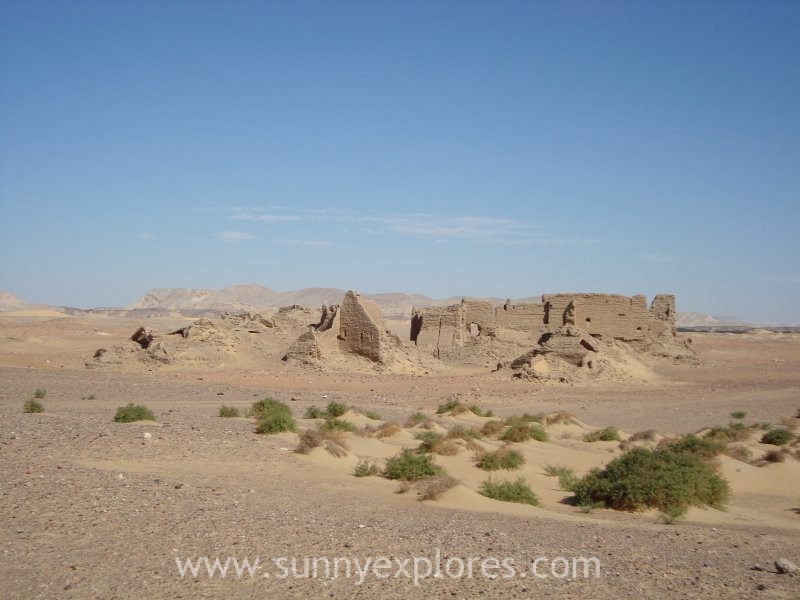 In Beleida the ground seems red. It’s not red sand that gives this impression, but thick layers of ancient pottery. This Roman site includes some mudbrick buildings, 2 temples, a fortress, 2 cemeteries, a village and a pigeon house. 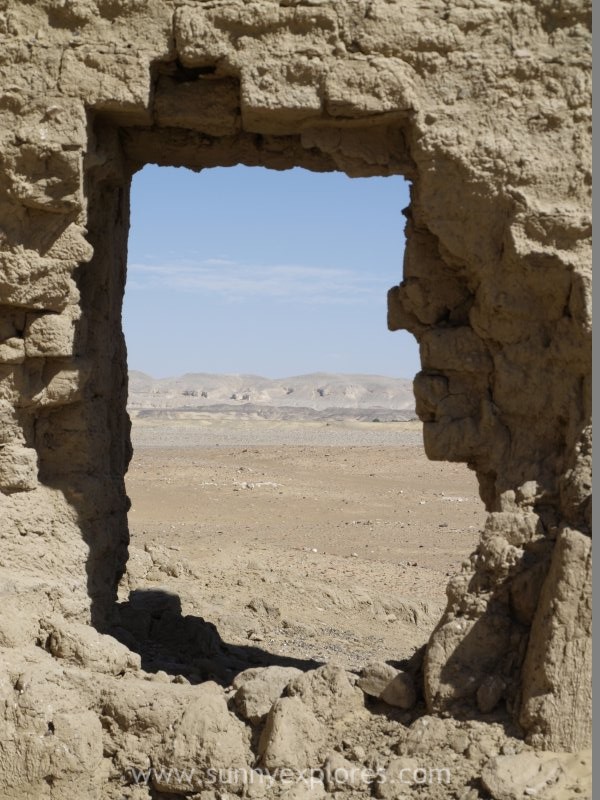 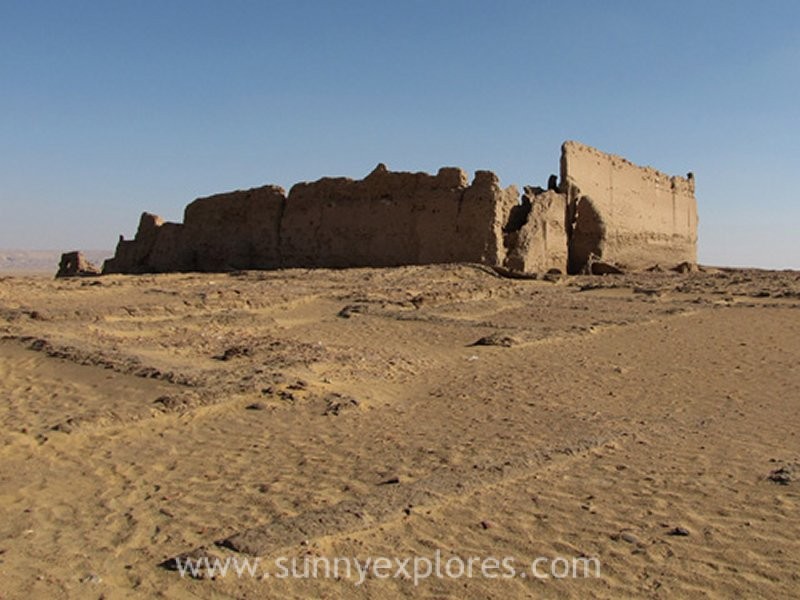 Dush is another Roman fortress. It’s not sure whether it controled the trade routes of whether it was a regular military guard-post. The first would be my guess, since Dush lies at a point where 5 ancient desert tracks met. 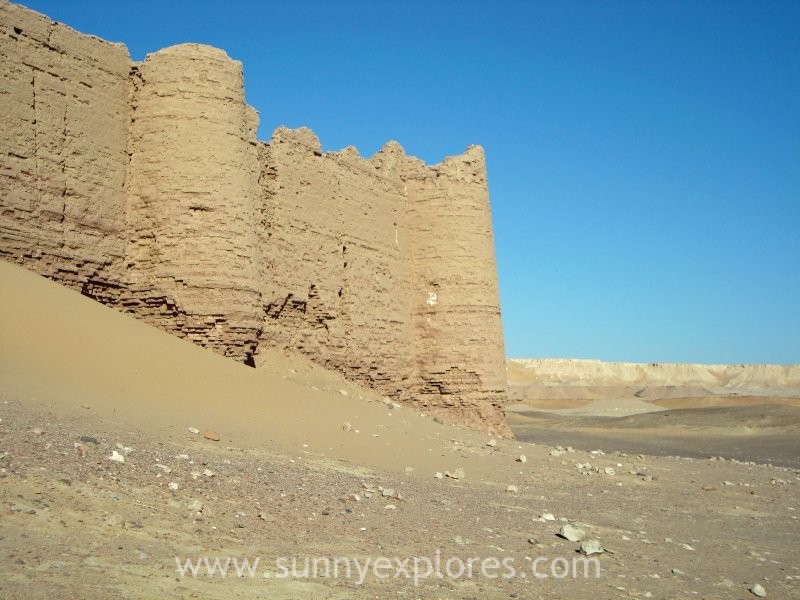 The fortress-town of el-Deir guarded the main desert route towards Farshut and the Nile Valley. If you only want to visit one of all the Roman fortresses in this area, this one must be your pick. It is one of the most impressive Roman fortresses in Kharga and the surroundings are beautiful. The fortress dates from the reign of Diocletian at the end of the 3rd century AD. The fortress is in ruins now, the rooms and courtyard are empty. All you can see is modern graffiti by British soldiers who were stationed nearby during the First World War.

All the sites mentionned here are good trips, but don’t forget to go off track every now and then to explore the stunning desert. The sand dunes are amazing here. 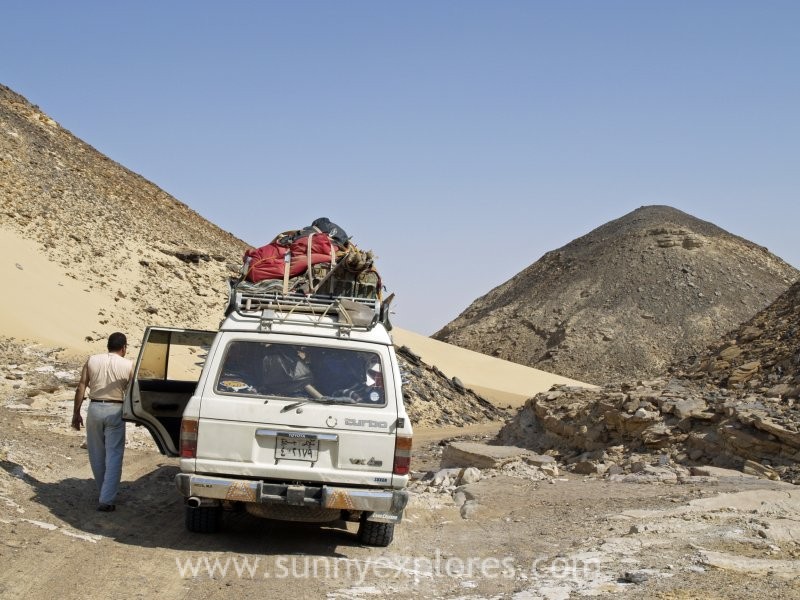