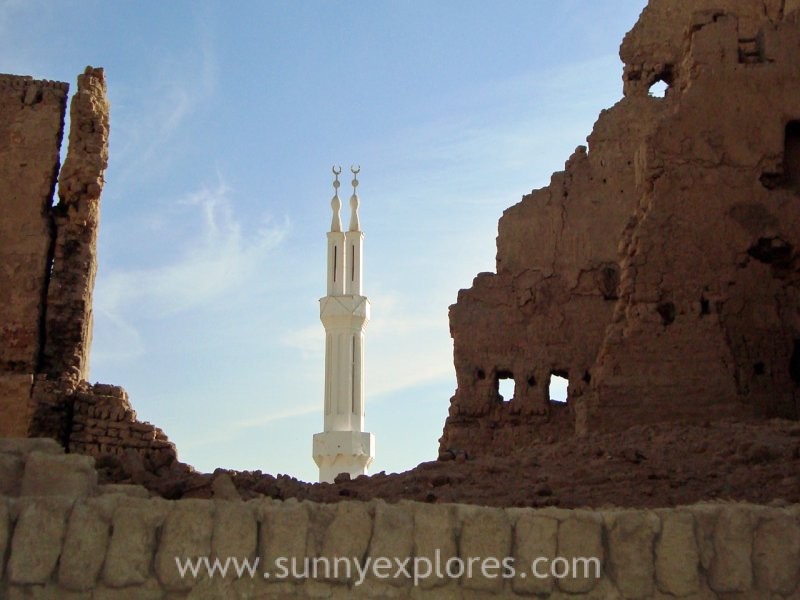 The main road to Dakhla oasis is called Darb el-Ghubari, the Dust Track, and it’s an appropriate name for this desert track through impressive dune fields. In ancient times Dakhla was known as el-Wah, the ‘Inner Oasis’, an area bounded by the Great Sand Sea, sand dunes and desert. Once the oasis was dominated by a vast lake and neolithic rock-carvings indicate that elephants, zebras and giraffes watered on its shores. The area looked like the African savanna till it dried up. Nowadays Dakhla is a vivid oasis with many interesting sites to visit. 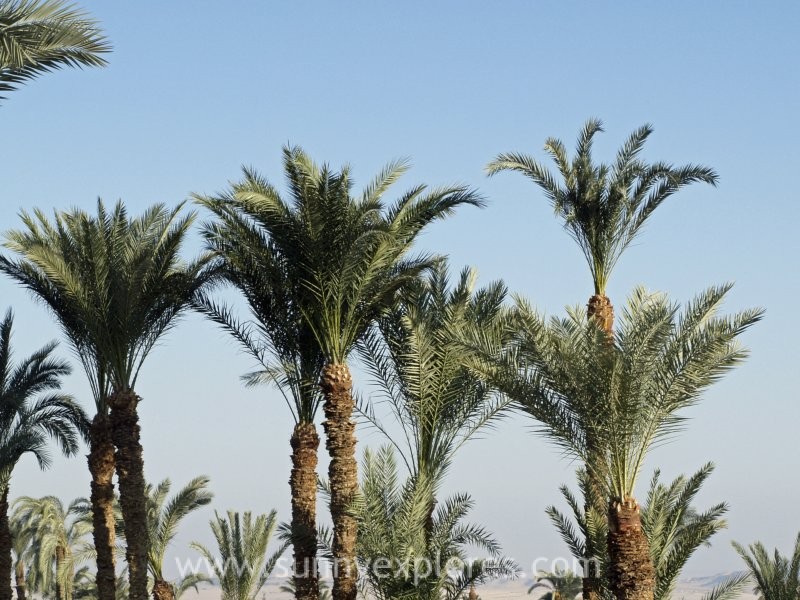 The modern city of Mut is the main city in Dakhla Oasis. Once it was a fortified town, now it’s slowly crumbling into ruins. The ancient town is probably named after the goddess Mut. Thousands of years Egyptian history are buried beneath the desert sand in the south-west of the modern city, which make a good starting point for exploring the oasis. 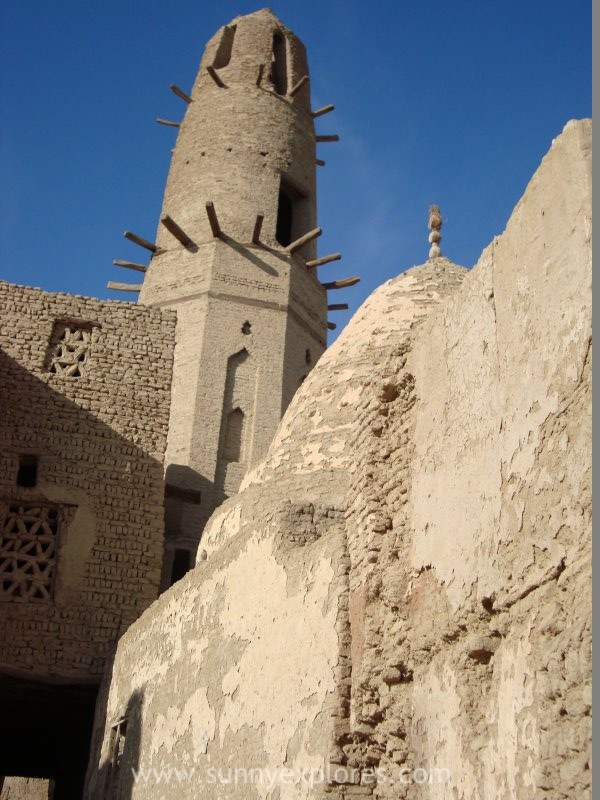 Qasr Dakhla is a fortified Medieval Islamic town. El-Qasr, which means ‘the Fortress’, was probably founded around the end of the 12th century AD by the Ayyubids, over the remains of an earlier Roman Period settlement. Now a days it gives a good insight in medieval daily life in the oasis.

The temple of Deir el-Hagar 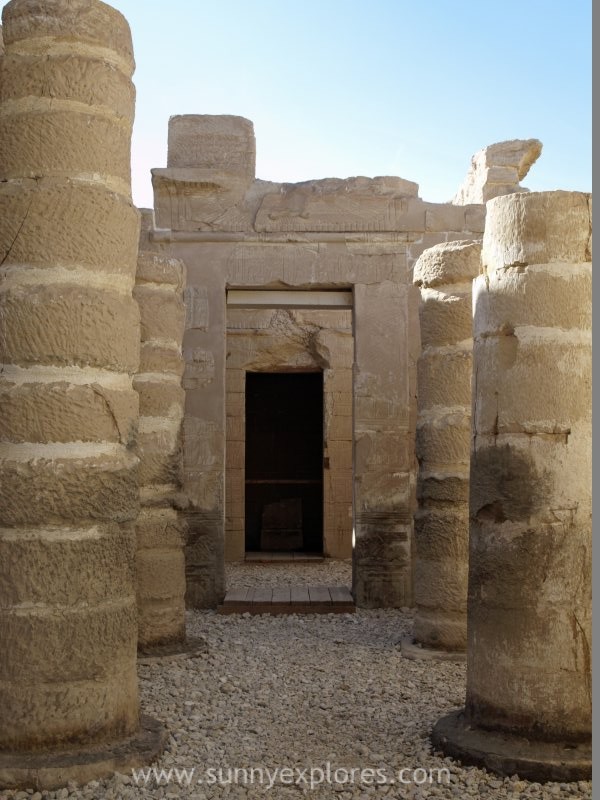 The temple of Deir el-Hagar is dedicated to the Theban Triad and to Thoth and represents one of the most complete Roman monuments in Dakhla Oasis. The construction began during the reign of the Roman Emperor Nero (AD 54-68), whose cartouche can be found in the sanctuary. The temple, irrigation works and some houses were built here during his reign to encourage farmers to settle in the area. 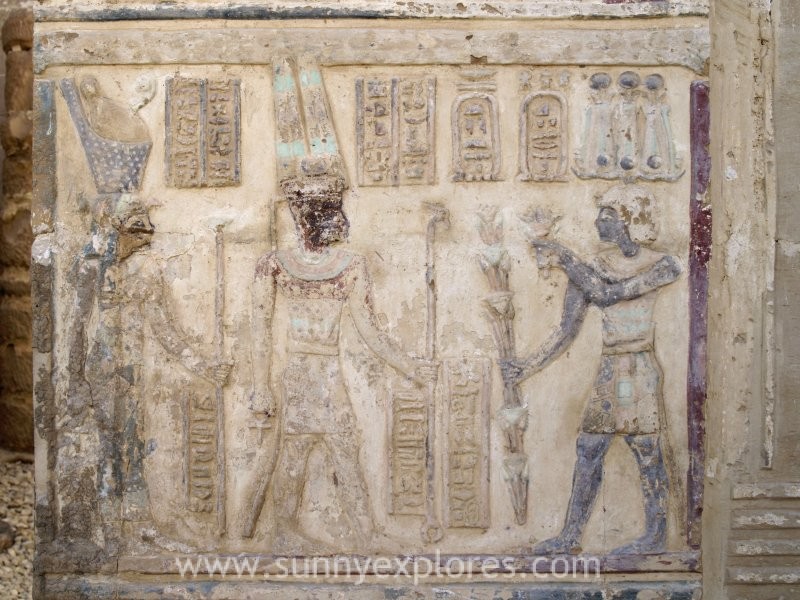 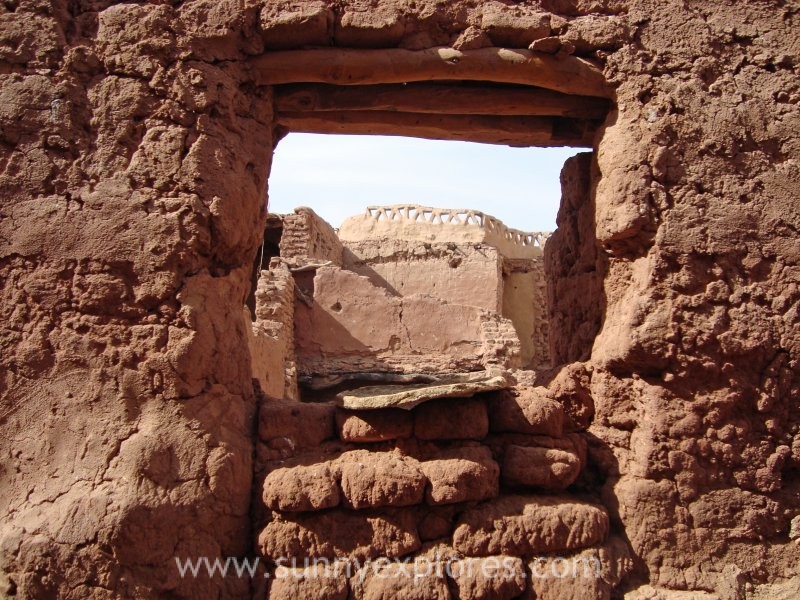 Balat was built during the Mamaluke and Turkish eras and little has changed since then. Winding lanes roofed with palm fronds, houses with mudbrick walls, carved doorways and drawings that refer to the Hadj give you the feeling of wandering through times long past. The settlement of Ain Asil, the Spring of the Source, is one of the best-preserved Old Kingdom towns in Egypt, with remains of a governor’s palace, houses and workshops of craftsmen. 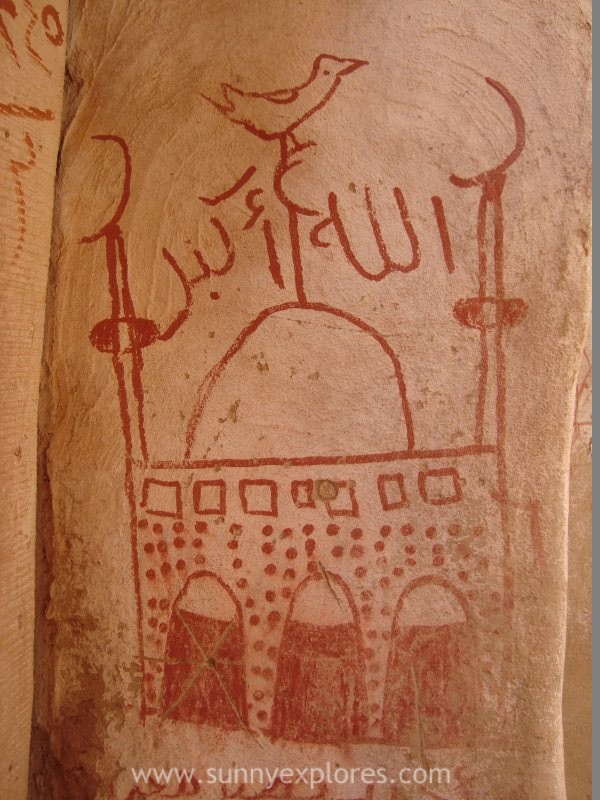 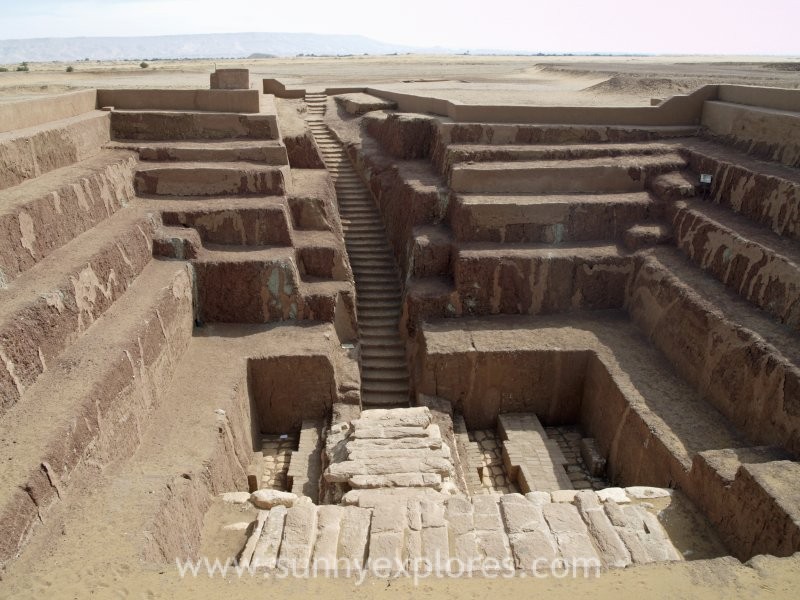 Qila al-Dabba is a large burial area dating from several periods. The necropolis has 5 large mastabas dating from the Old Kingdom. They rise from the ground in layers, like an upside-down piramide. The mastaba of Khentika, a high official in the Old Kingdom is het most interesting one to visit. 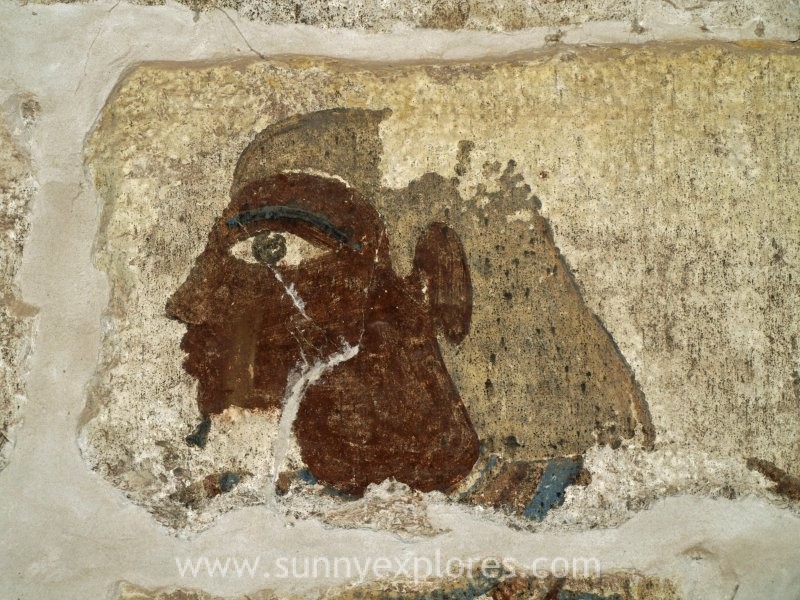 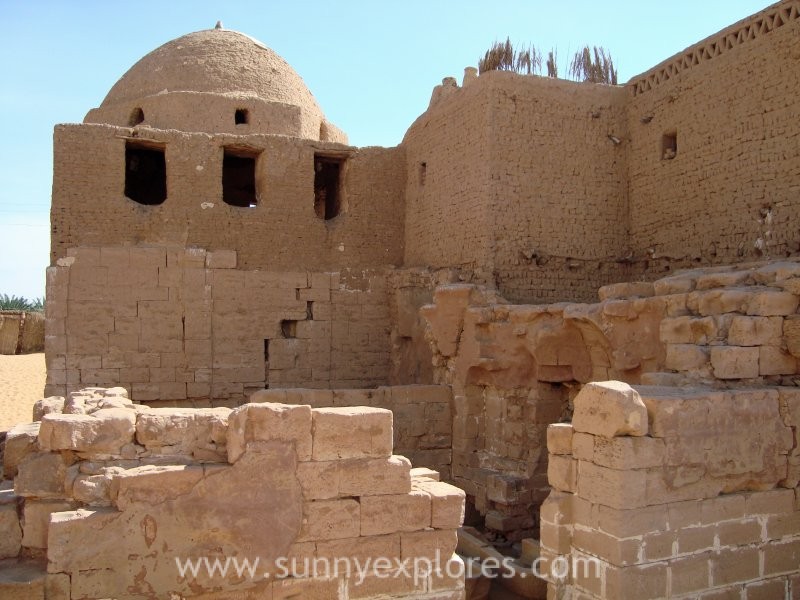 Bashendi village has colorful mudbrick houses, narrow, winding lanes, some tombes and a sanctuary. You can visit the sanctuary of the holy Pasha Hindi, who as his name indicates may have been of Indian origin. After this man the village was named. A very intersting place is the Tomb of Kitnes, also known as the magic tomb. Inside tomb you can see Kitnes meeting the desert gods Min, Seth and Shu. 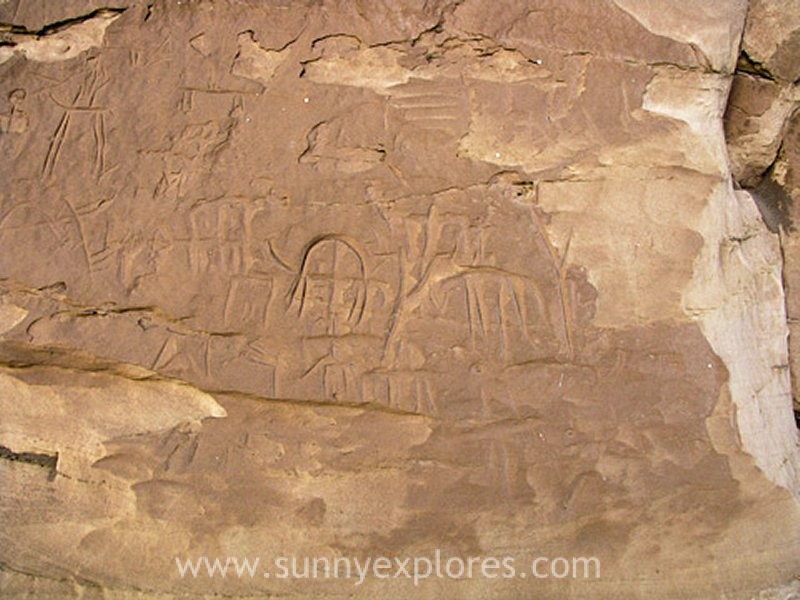 Tineida lies at the point where the the old caravan route from the Nile Valley and the track from Kharga to Dakhla met. It’s an amazing place with ancient carvings of giraffes, camels and men on horses. The colored sand made me fall in love with this place. I still have a bottle of Tineida sand in my house in the colors wite, yellow, pink, orange, red and purple. 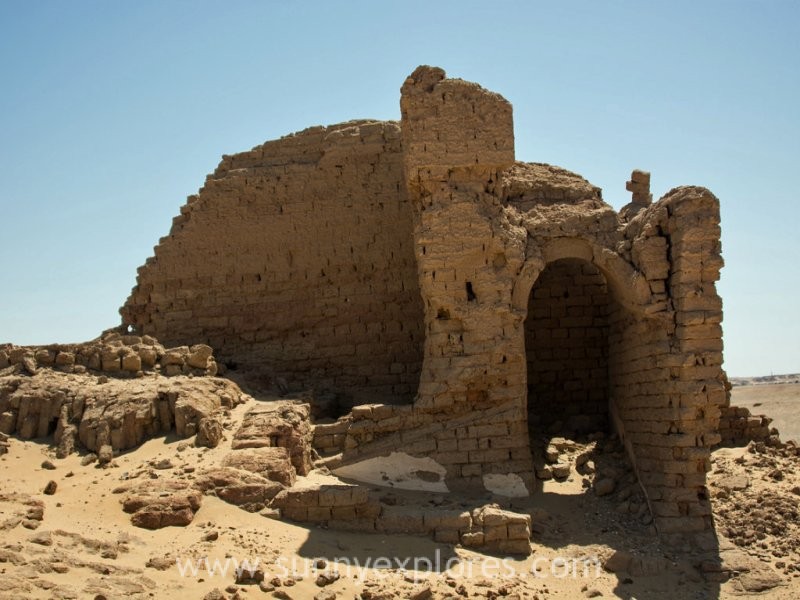 The ancient town of Kellis, situated 2 kilometers to the east of the modern village of Smint, is now known as Ismant el-Kharab, meaning ‘Ismant the ruined’. Inhabited for seven centuries, Kellis was once a thriving and well-populated market town and excavations have uncovered many Roman and Coptic remains, including houses, churches, wells, a bath-house, storage buildings, aqueducts and a cemetery of free-standing tombs. 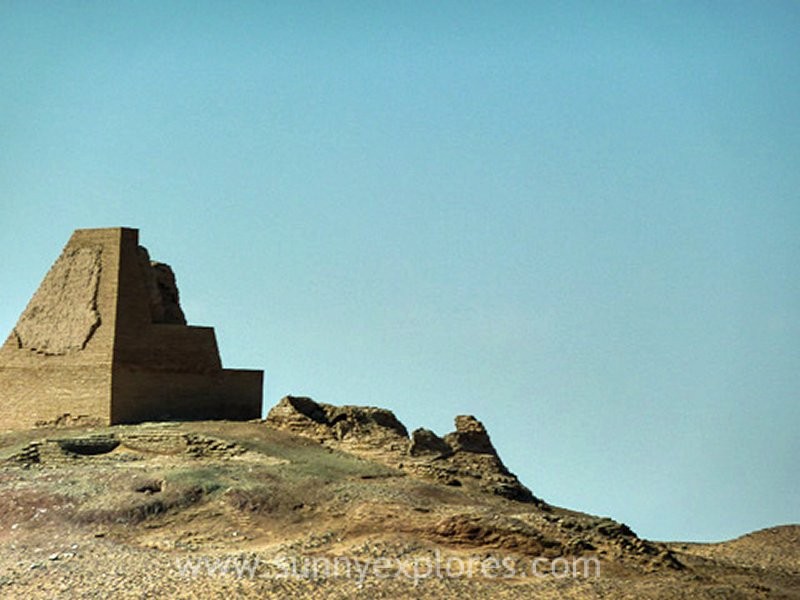 The vast archaeological site Amheida is thought to be the ancient Roman town of Trimethis, although escavations and the surrounding landscape indicate substantial occupation pre-dating the Roman Period. Amheida is best known for its Roman ruins in an area of 100 hectares occupied from the 1st to the 4th centuries AD. 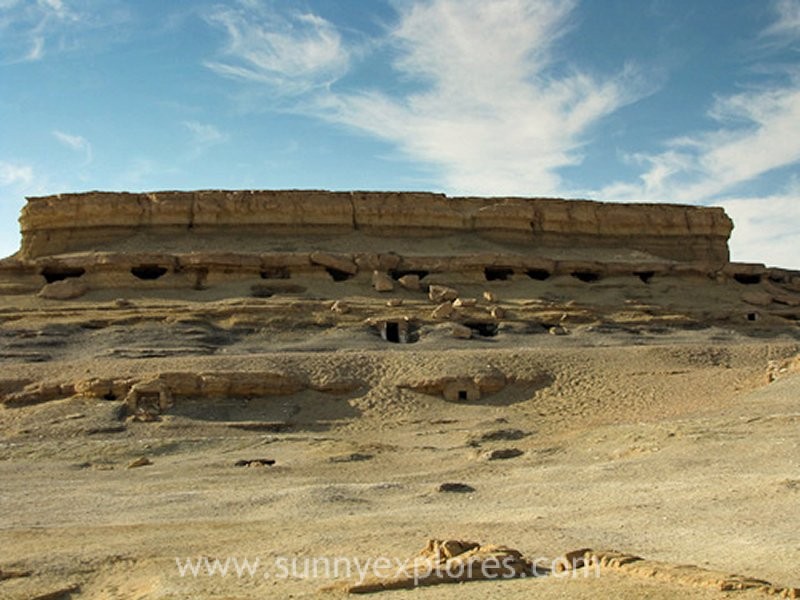 Muzaawaka is part of the Amheida cemetries and consists of a series of small soft stone hills or ridges in which over 300 tombs were cut.The Arabic name el-Muzzawaka means ‘The Decorated Hill’. Most of the tombs are still unexcavated, but two of the most interesting ones, belong to Petubastis and Petosiris. The frescos have amazing colors. The tomb of Petubastis consists of a single decorated chamber with recessed shelves intended to house the mummies of the deceased. On the eastern wall is a portrait of the tomb-owner, painted onto plaster.

There are so many sites to explore in and around Dakhla oasis that a few days here aren’t enough. Take your time to drive around and talk the locals. They always have new sites to show you!