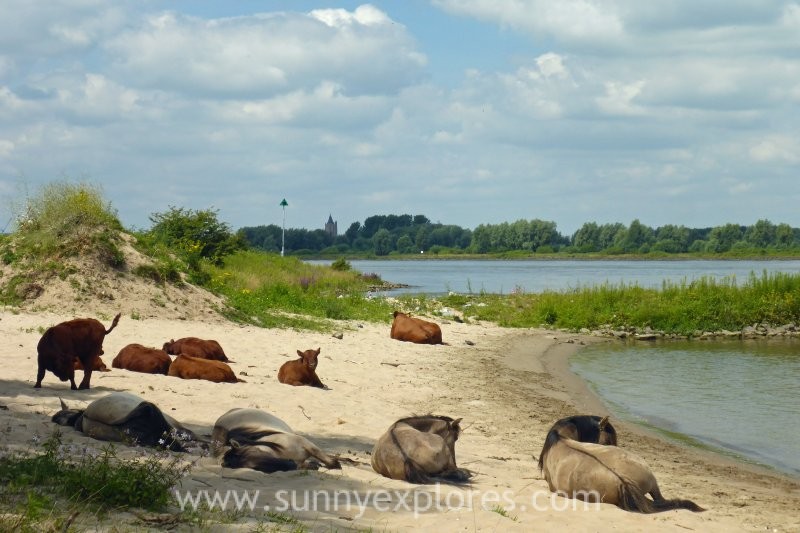 You don’t always have to go far to enjoy nature. I work at Loevestein Castle, a medieval castle that is a museum now. The castle is surrounded by a beautiful nature reserve, called Munnikenland. Every lunch walk I take a walk into nature, I stroll along the river and visit the aurochs-like cattle. And you know what? Sunshine, rain or cold, every day and every season has it’s charm. And because I visit the area every day, I see and feel the changes and I recognise the animals living there.

In Munnikenland water, nature and culture are closely linked for centuries. The area began as a sandbank between the converging rivers Meuse (Dutch: Maas) and Waal. This old land was always influenced by the movement of the rivers. Monks of the Abbey of Villers came to lay embankments and to improve water drainage, so the land would be more suitable as farmland. The monks left in 1333, but they gave the region its name. Munnikenland is old Dutch for ‘land of monks’. 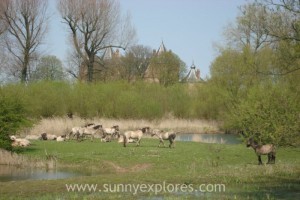 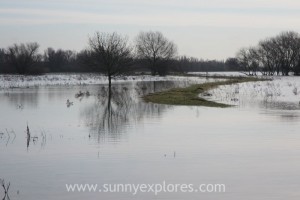 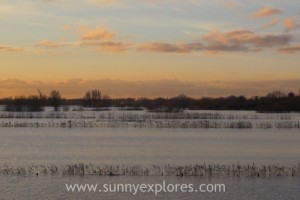 Later that century knight Dirc Loef van Horne began the construction of a castle on this strategic location at confluence of the Meuse and Waal rivers. Ever since, for more than 650 years, the castle watches over Munnikenland and the rivers. The rivers protected the castle against attacks. And it was a great place to raise tolls on passing ships since the Meuse and Waal were (and the Waal still is) important trade routes. Yet, often the water gave problems. The rivers flooded many times en put the land under water. This created a typical river-nature wich is the home for many species of birds and insects. The nature reserve is also inhabited by Rode Geuzen, aurochs-like cattle en Koninks, wild held horses. Due to their presence, the area is grazed in the most natural way possible.

Nowadays Munnikenland is the third largest contiguous natural area along the Waal. In recent years Munnikenland radically altered to give the Waal River in the event of high water more space. Several areas were excavated to store water in case of high water. A new dike was built. This extra wide and extra high dike has a bike path and a tribune so that visitors can view the area. But of course there is nothing more wonderful than just putting on your boots and stroll around in nature! I wrote a book about Munnikenland, called ‘Munnikenland in beweging’. It’s only available in Dutch. 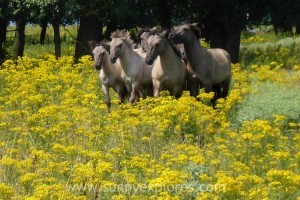 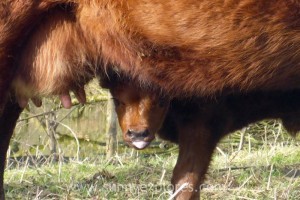 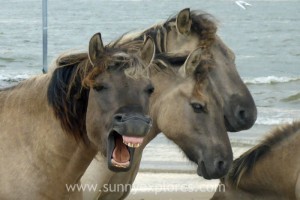