Eight things to see and do in Copenhagen Denmark 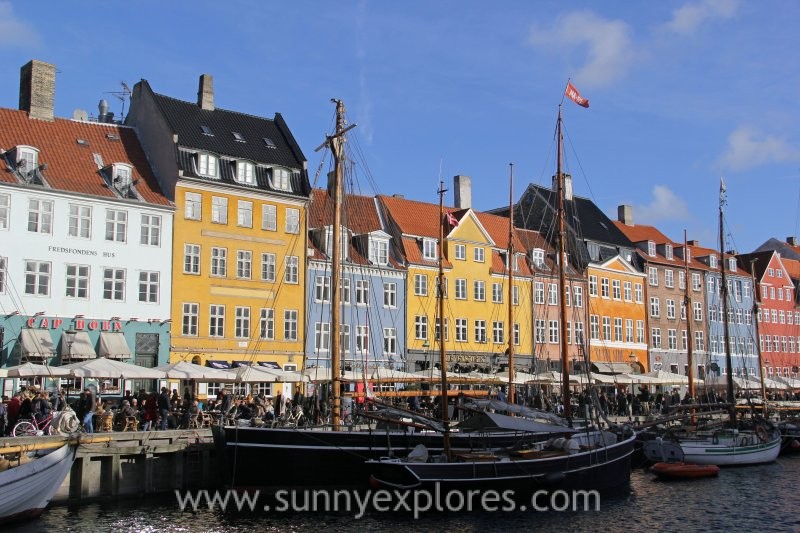 The Danish capital Copenhagen is a charming city on the Sont (Øresund). Copenhagen is situated on the east coast of the island of Zealand (Sjælland) and on the island of Amager. Originally founded in the 10th century as a Viking fishing village, Copenhagen became the capital of Denmark in the early 15th century. The name goes back to Købmandshavn, which means ‘Harbour of the Merchants’. Nowadays the Little Mermaid from Andersen’s tale is the symbol of this seaside town. 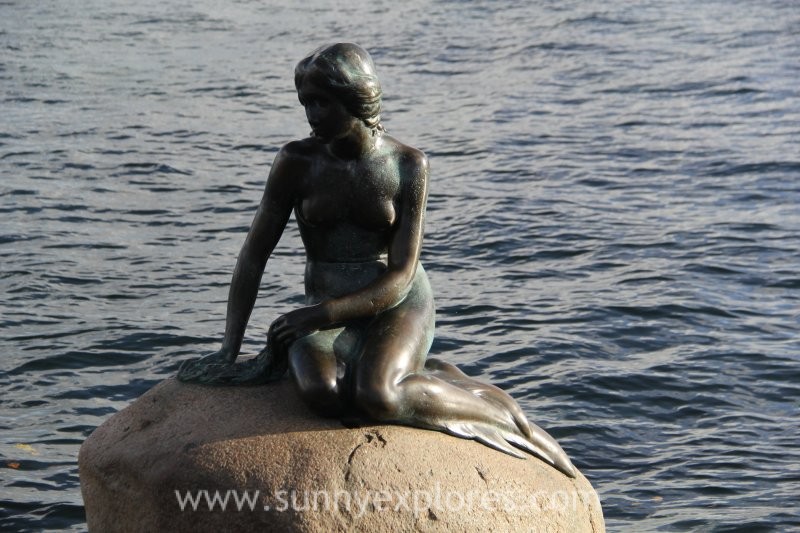 The Little Mermaid was my reason to visit Copenhagen. The sculpture is inspired by Hans Christian Andersen’s fairytale and she watches the sea for more than 100 years now. You can’t visit Copenhagen and come back without a mermaid photo! Next to the Mermaid lies the Kastellet, a fortress built in 1662-1663 as a refuge for the urban elite during sieges. So when you visit the Little Mermaid, it’s a nice walk back to the city center through this fortress. 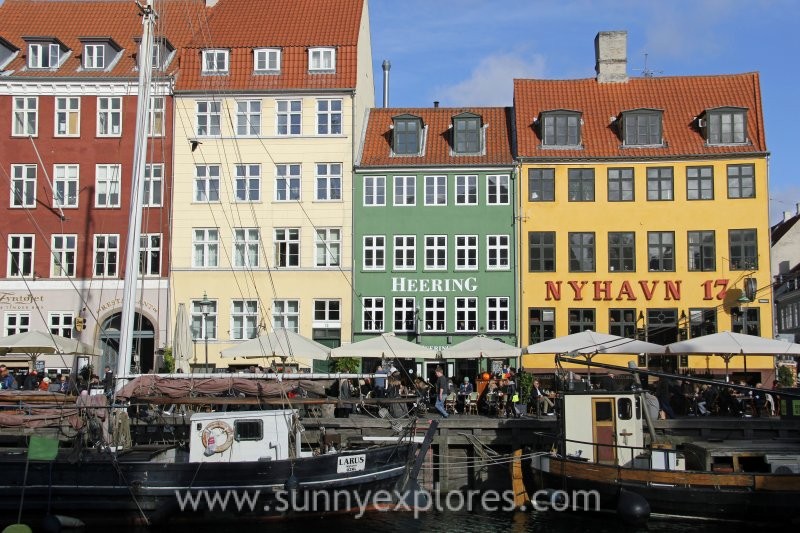 Nyhaven is a historic canal, full with anchored boats and lined with colourful 17th century townhouses. This used to be a busy commercial harbour, and nowadays it’s still busy and crowded because it’s filled with restaurants and bars. This colourful seaside dock is one of my favorite places in Copenhagen, even though I don’t like big crowds. 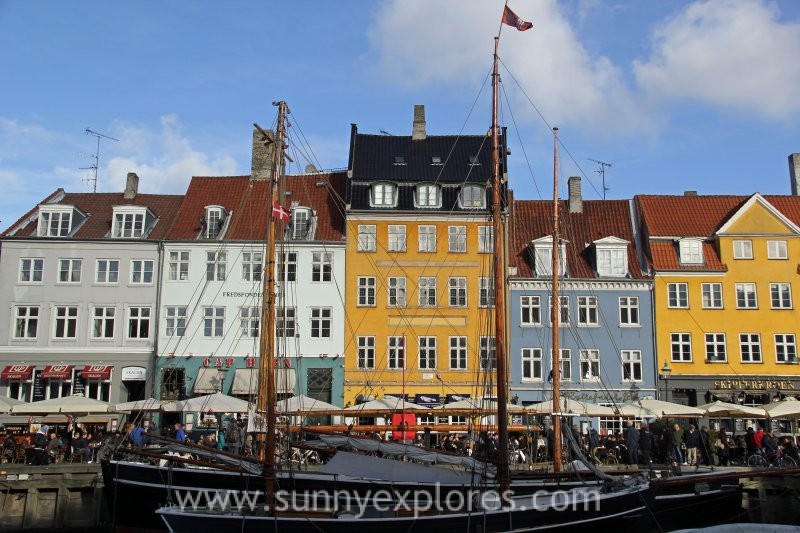 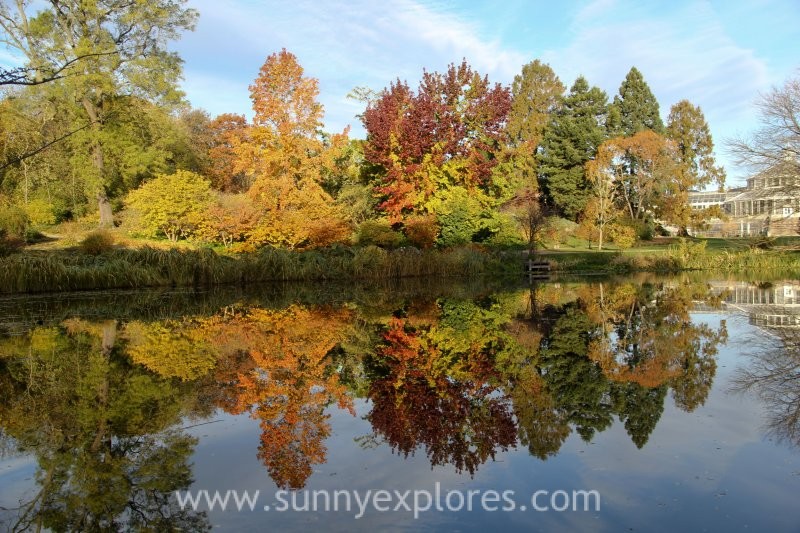 Copenhagen’s Botanical Garden has the largest collection of living plants in Denmark. On more than 10 hectares grow around 13,000 plants. It is a nice place for relaxing in the busy city. The Geological museum and the Zoological Museum are located in this garden that is dominated by the Palm Tree House. Take your time to explore this Garden, you can spend here several hours. 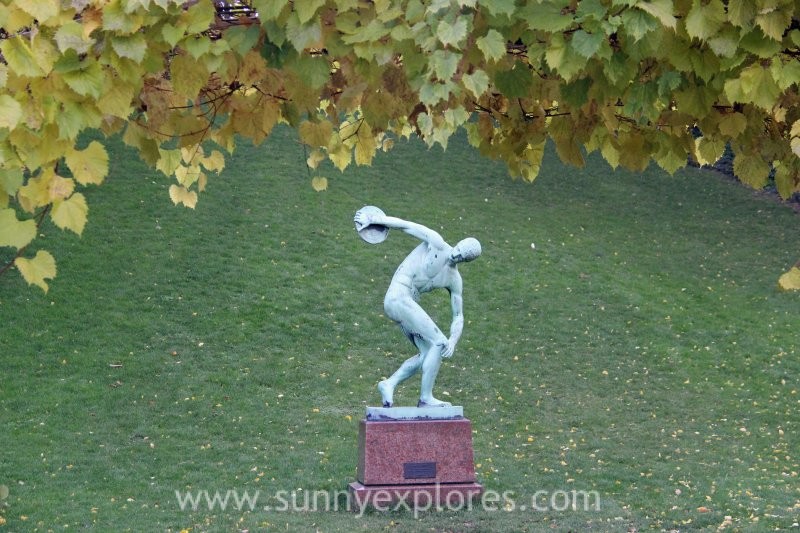 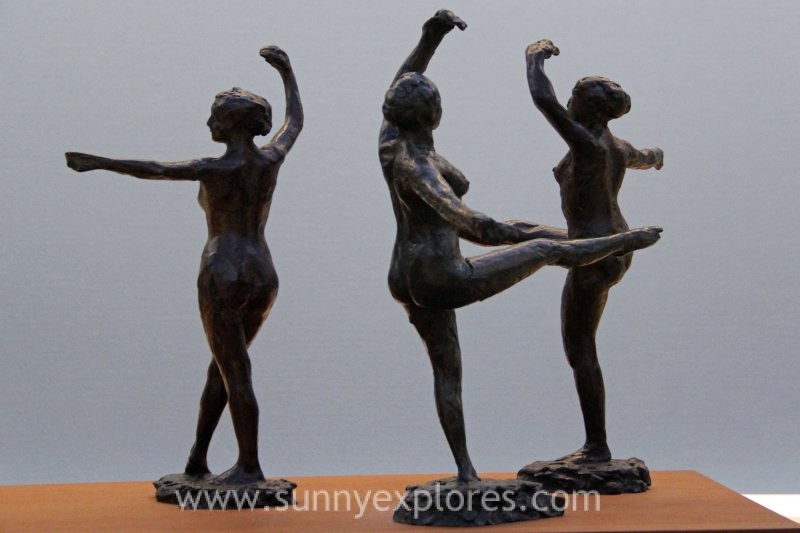 The Ny Carlsberg Glyptotek was created in 1888 when the founder of the Carslberg brewery donated the family sculpture collection to the Danish people. The collection has statues from Egypt, Greece and the Roman Empire, but also works of many French sculptors and European painters. The Glyptotek shows the largest Rodin collection outside France. The building itself is enormously worthwhile vistiting with it’s beautiful lighting of the artworks and wonderful winter garden. The rooftop terrace offers a beautiful view of the city. Don’t miss this museum. 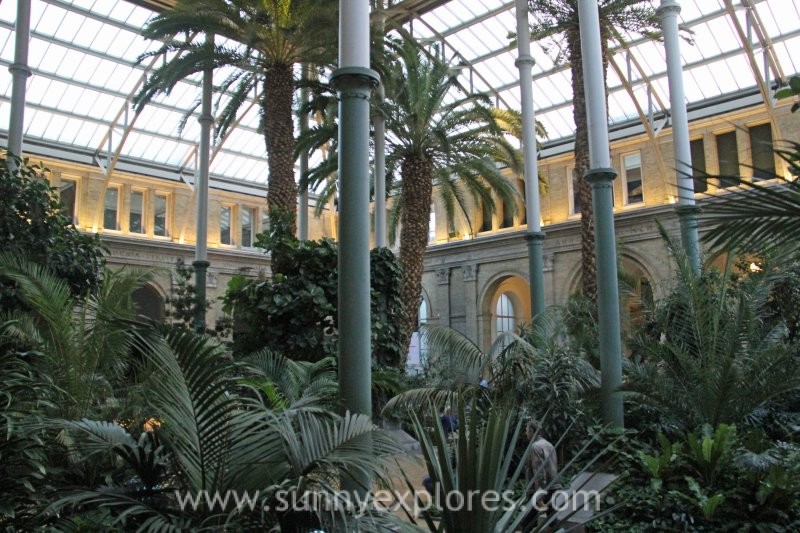 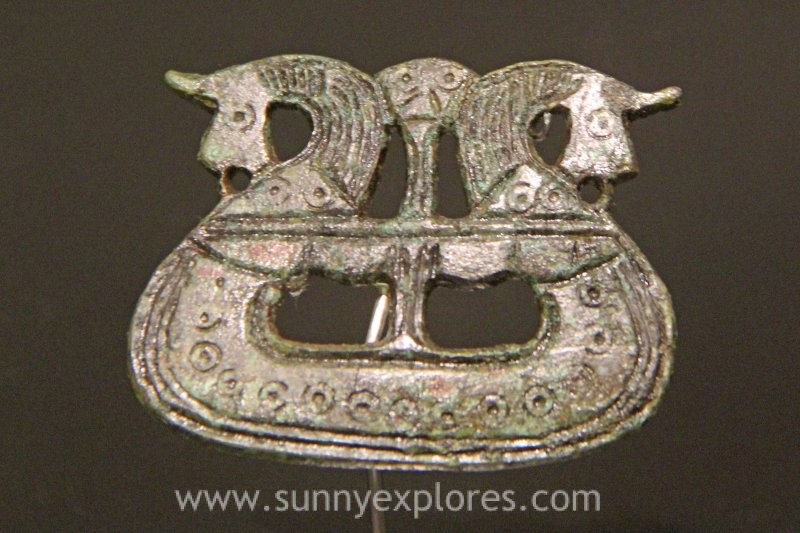 The National Museet displays 20.000 years of Danish history by exposing different cultural periods and social phenomena. I loved the archeological and especially the Viking section with rune stones and bog bodies. If you want to learn more about Denmark and the Danes, you have to visit this museum. 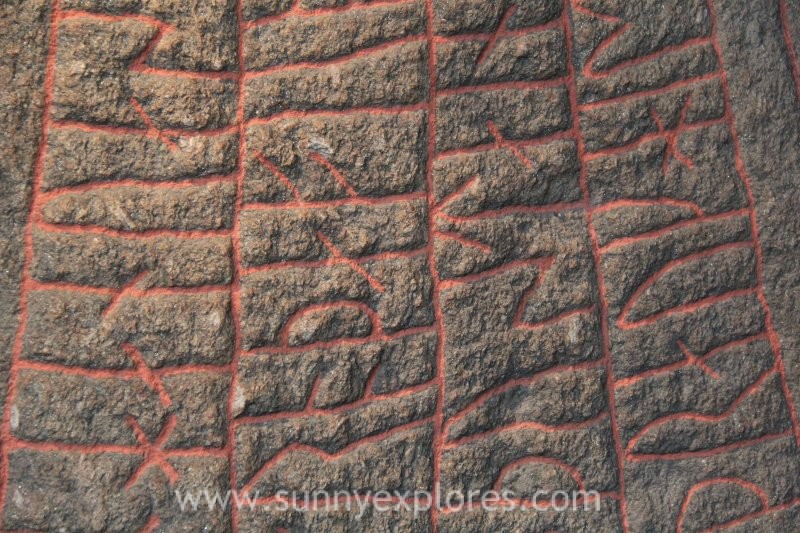 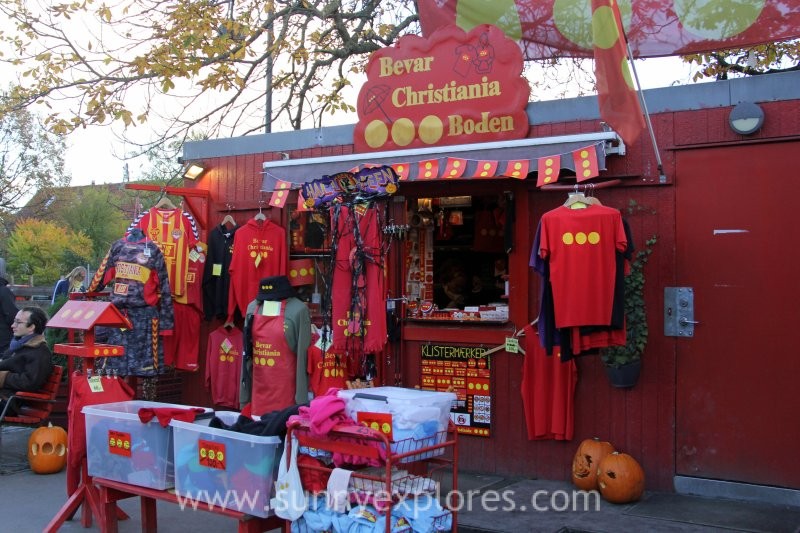 Freetown Christiania is located in the middle of the city, still it’s a self-proclaimed free state that operates indepently. The community has it’s own set of laws (photography is forbidden!), doesn’t pay taxes and uses it’s own currency. Freetown Christiania is most well known for its open trade in marijuana. But there’s more than just marijuana: there are art galleries, music halls and organic eateries. 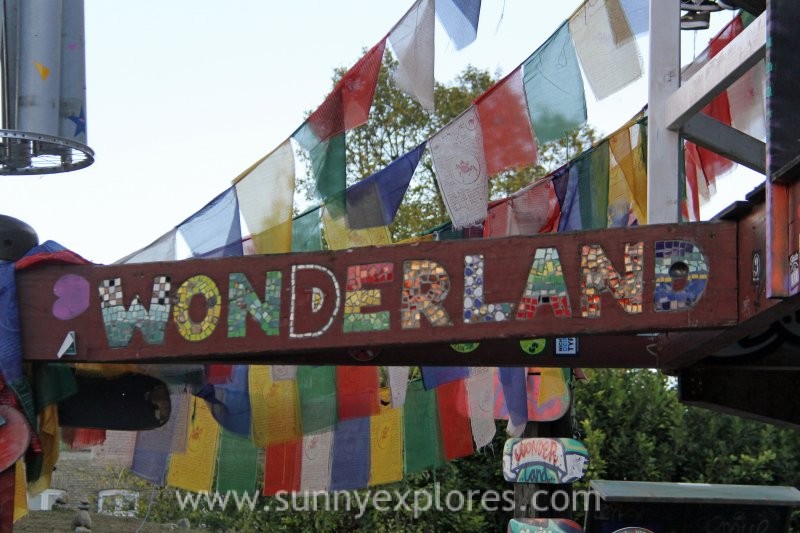 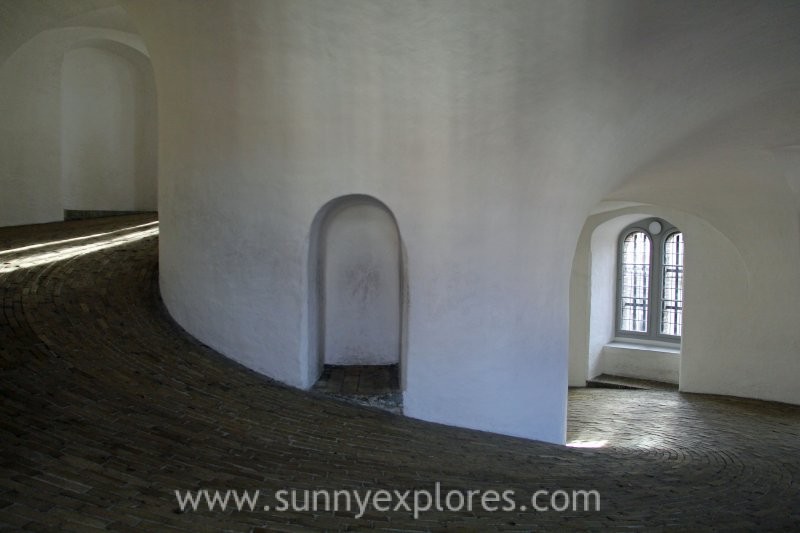 Christian IV had this 35 metres high tower built to the Trinitatis Kirke in 1637-1642. The round tower was the entrance to the former university library which was housed in the attic of the church. A 200 metres long path takes you to the top. The path curls 7,5 times around the axis of the tower. State guests were previously driven upwards by a carriage. The observatory at the top of the tower is in operation since 1642 and is the oldest in the world. 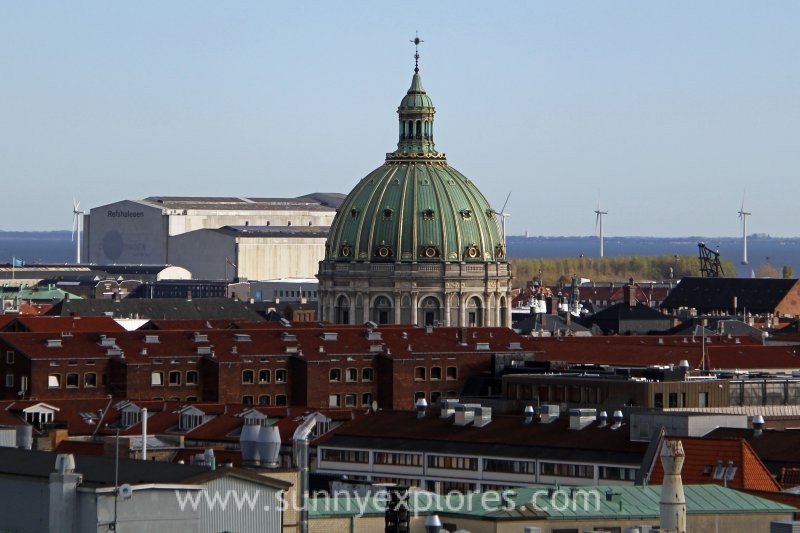 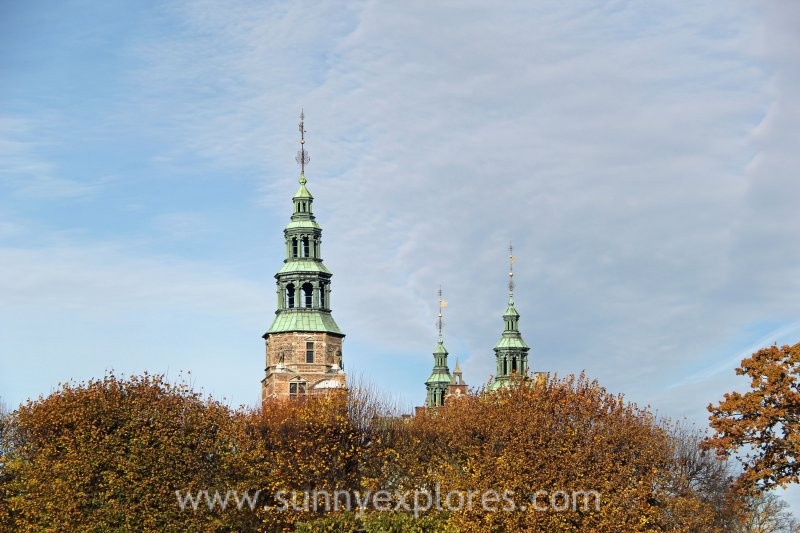 King Christian IV wanted a modest villa in the green, but eventually Rosenborg Castle became a Renaissance castle. Rosenborg Castle features 400 years of splendor, royal art treasures and the crown jewels. Among the main attractions is the Knights’ Hall with the coronation thrones and three life-size silver lions standing guard. Tapestries on the walls commemorate battles between Denmark and Sweden. I was not very impressed by the Copenhagen castles, Christiansborg and Amalienborg, so if you want to visit one castle during your stay: choose Rosenborg. It’s worthwhile, as are the gardens. The castles gardens have their charm in every season. 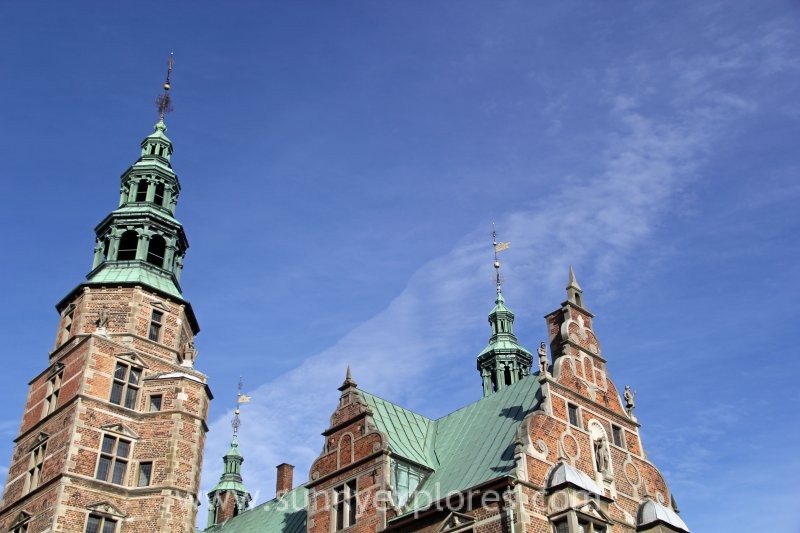