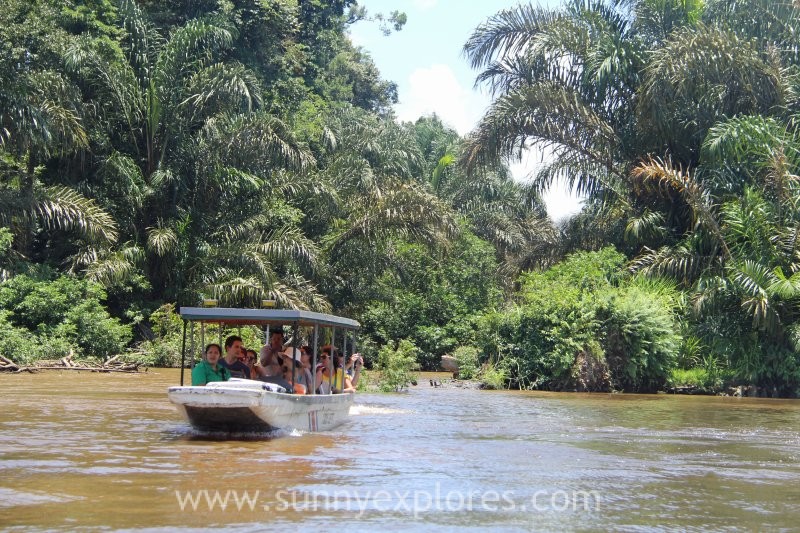 The beautiful rainforest Tortuguero is located in northeastern Costa Rica. This remote place can only be reached by air or by boat. The boattrip from the mainland to the lodges deep in the rainforest is an adventure on its own, following winding rivers and spotting abundant flora and fauna. This National Park is covered by rainforest and wetlands, but it also has a 23 kilometer long Atlantic shore where turtles bring their eggs. The name Tortuguero can be translated as ‘region of the turtles’. 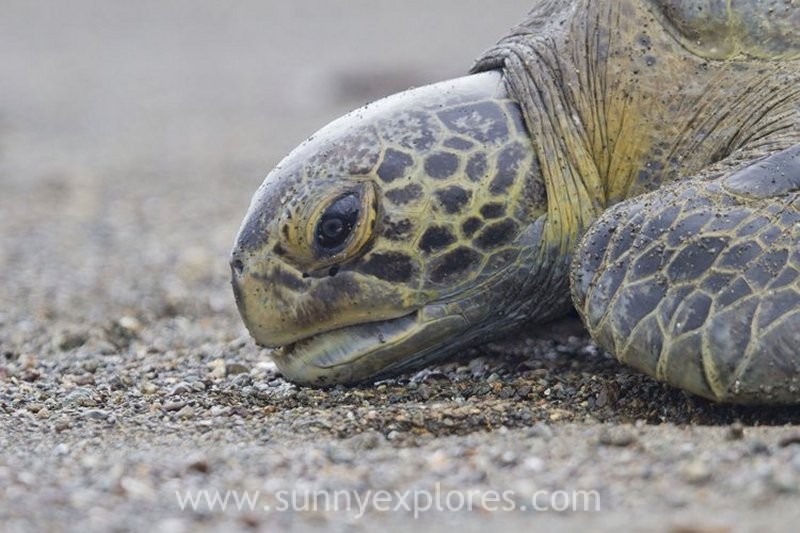 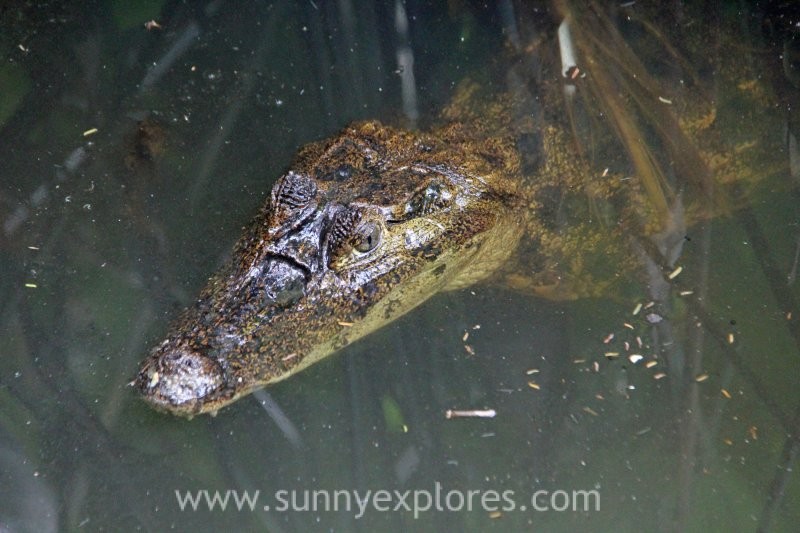 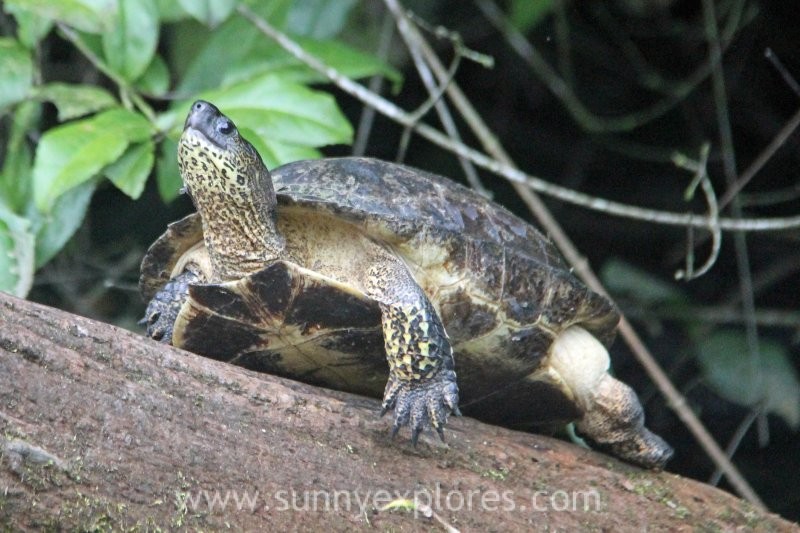 Turtles were the reason I wanted to visit Tortuguero. The National Park is an important breeding area for green sea turtles, leatherbacks and hawksbill turtles. Green sea turtles neared extinction due to hunting of the adults for meat for turtle soup, and poaching of eggs for their supposed aphrodisiac qualities. Tortuguero was protected as a nesting sanctuary in 1963 and declared a National Park in 1970. Despite the protection the poaching of turtle eggs is still a problem. Every year between June and September around 30,000 turtles lay their eggs on the beach. With a wildifde guide it is possible to get close to the turtles laying their eggs. Digging a hole for the eggs lasts several hours, so be prepared to spend a whole night on the beach. After digging a hole the turtle lays about 100 eggs. De turtles lay their eggs in the dark, but with infra-red light you can see the whole process. To witness a 1 meter 15 tall turtle laying her eggs just a meter away from you is beyond words. It was the best part of my Costa Rica trip, a memory that will last a lifetime. 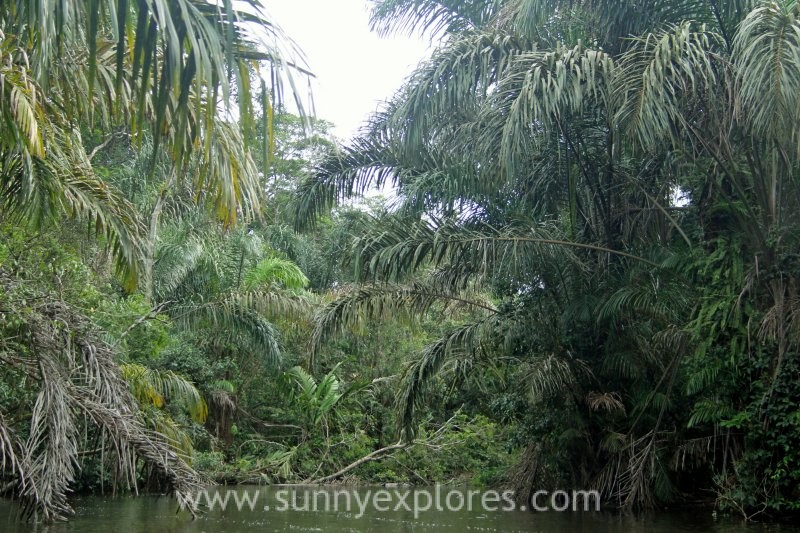 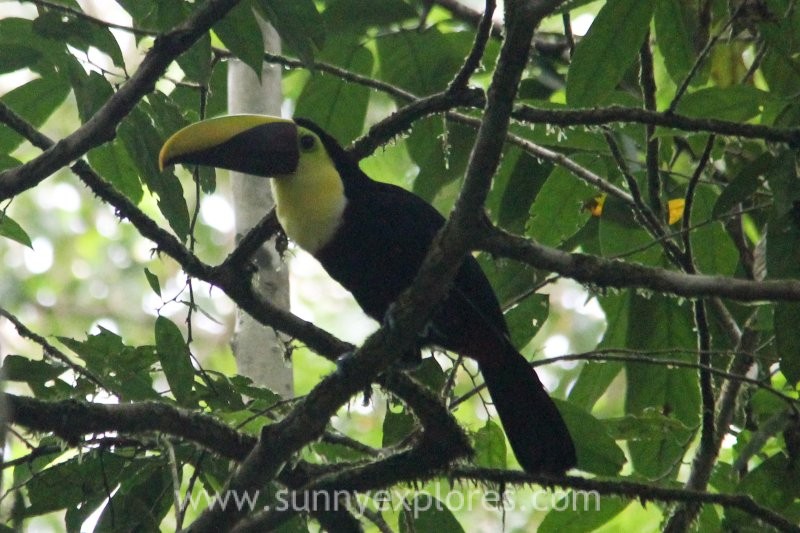 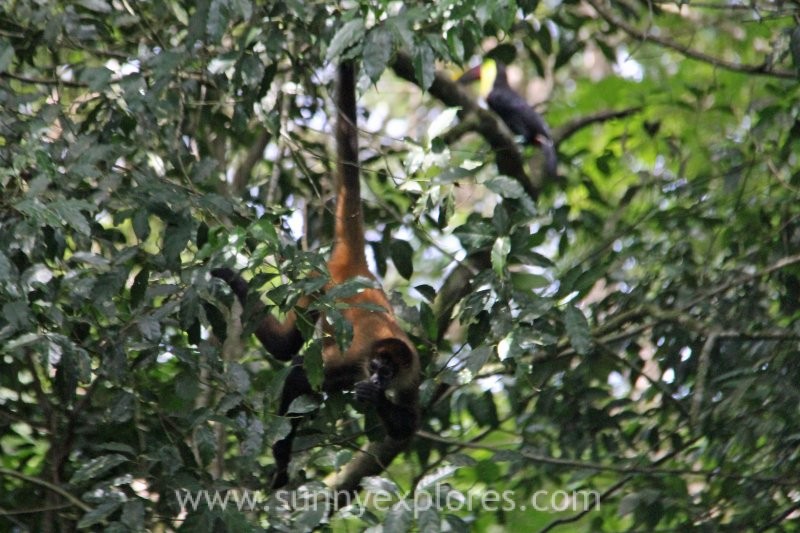 But there is more in Tortuguero than turtles. It’s a great place to spot wildlife. On one side you have a lagoon and on the other side the ocean. Sweet and salt water come together here, which attracts many animals and plants. The park is a jungle of natural channels, which you can explore by canoe or small motorboat. Tortuguero has more than 6000 plants and flower species. But it’s also inhabited by around 300 bird species, sloths, iguanas and three species of monkeys, the spider monkey, the mantled howler and the white headed capuchin. The rivers are populated by caimans and turtles, but also the endangered lamantine or seacow lives here. 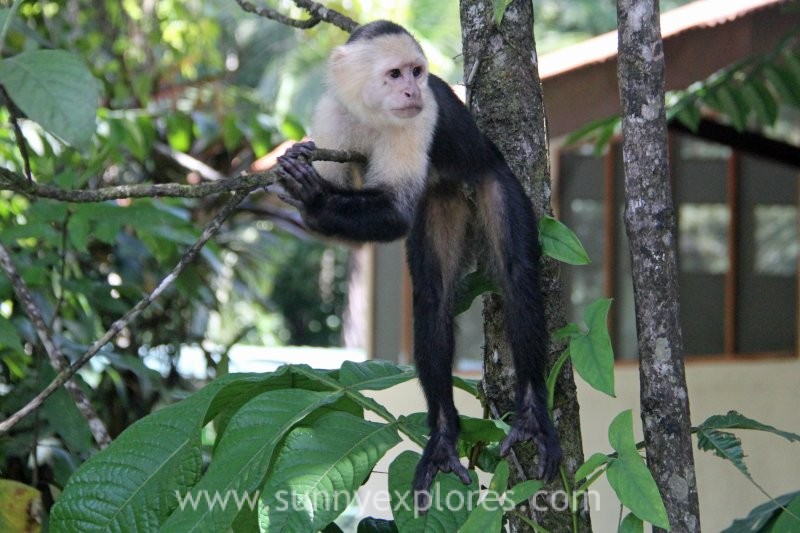 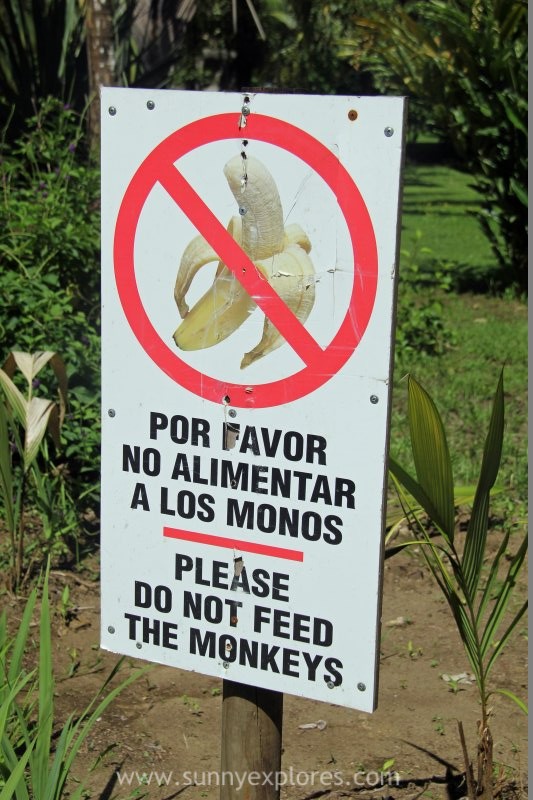 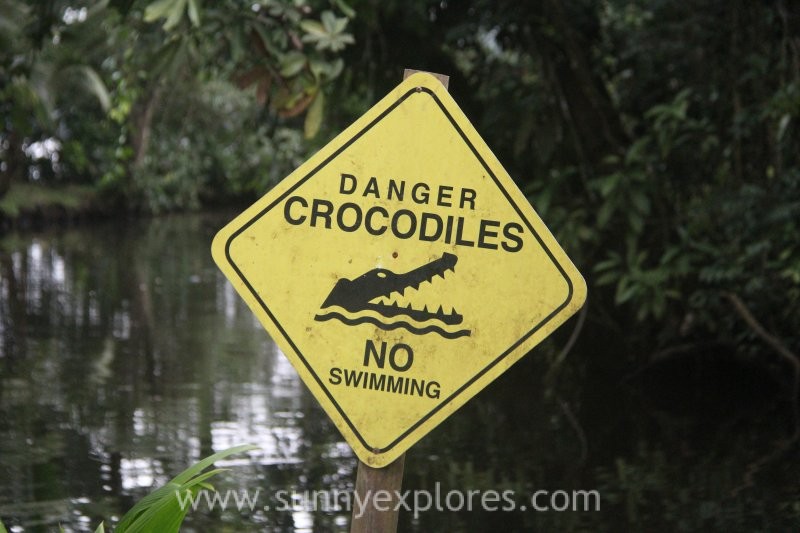 We stayed a couple of nights in a jungle lodge deep in the rainforest. Signs warned us, ‘Do not feed the monkeys’ and ‘No swimming. Crocodiles.’ This means you are truly in the middle of the jungle. You can explore the rainforest by motorboat, by canoe and by foot. The early mornings are the best for wildlife watching. By canoe, you slide silently through the narrowest waters. The advantage of the powerboat is that you can travel larger distances and thus penetrate deeper into the park. But a canoe in the morning glow has a magical effect. Especially when you see toucans with their big, brightly colored beaks. Of course it is also great to explore the jungle during a hike. It’s important to take your time and to move slowy so you can spot the monkeys hidden high in the trees. Especially the howlers you will hear before you see them.

During your stay it’s also possible to visit a village called Tortuguero, inhabited by around 500 people. An unpaved main road is the center of the relaxed village life. This is your chance to drink from a coconut under the palmtrees. The palm beach just outside the village is also worth a visit. This is the beach where the turtles come to lay their eggs. 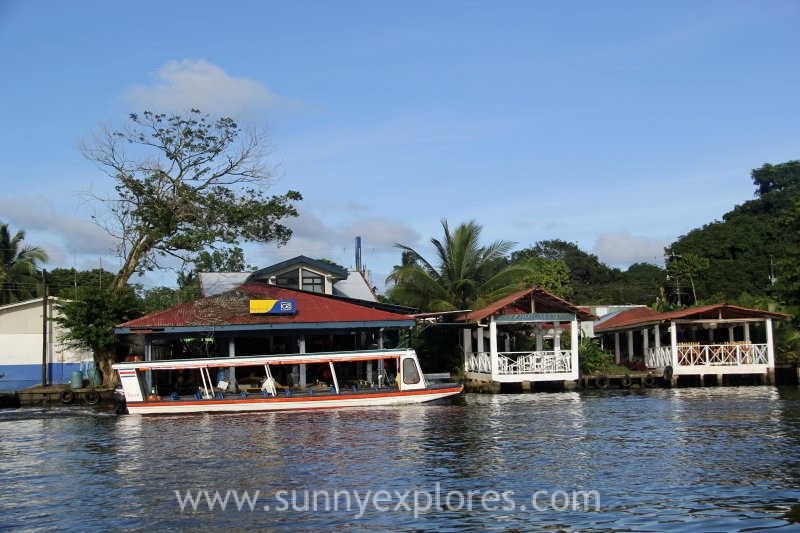 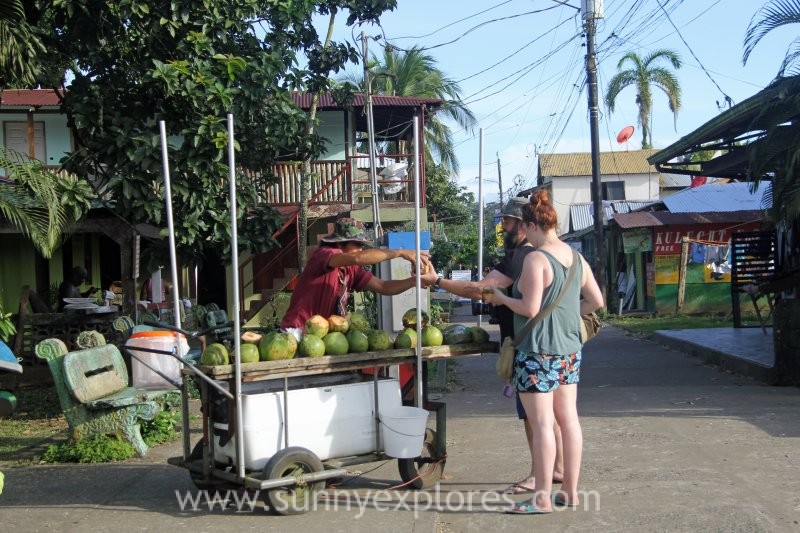 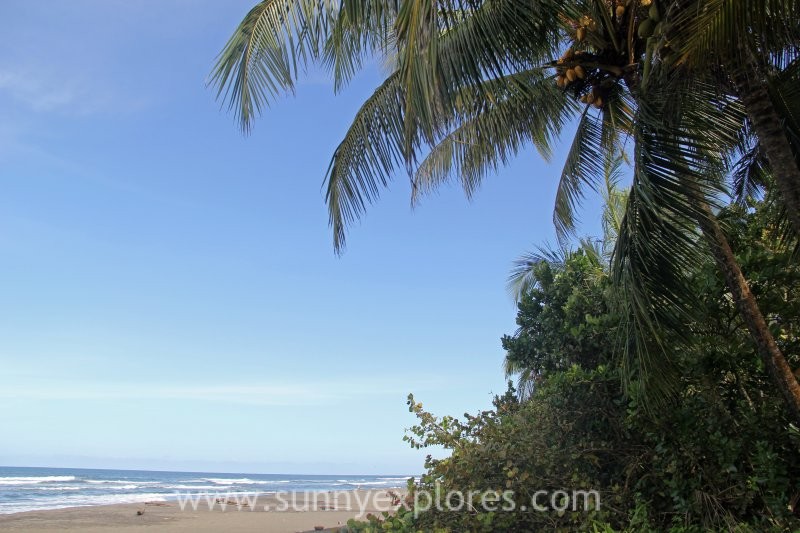 Some tips when you plan to visit Tortuguero National Park: