What to see and do in Budapest, Hungary 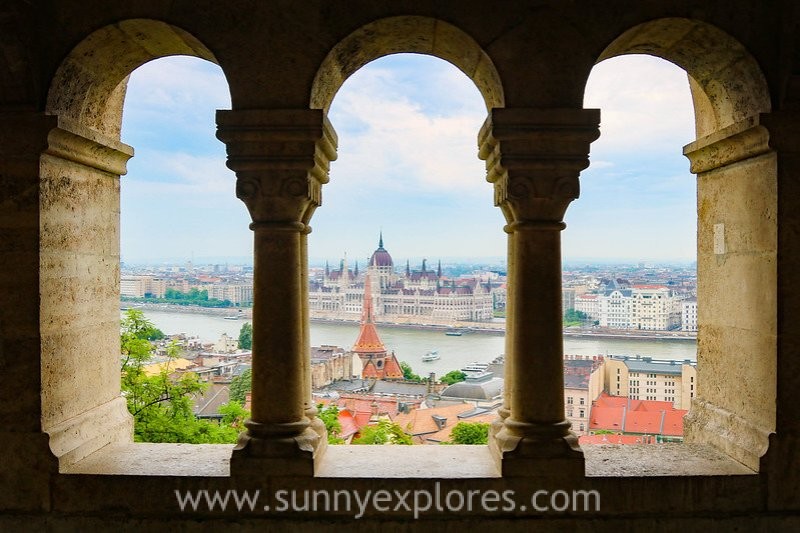 This year’s city break led me to Budapest, Hungary’s beautiful capital made up of two cities, Buda and Pest, divided by the majestic river Danube. Buda and Pest are connected by 9 bridges, but still they are two very different places, each with a unique character. Budapest is famous for the coffeehouses and the cakes. In the early 1900s, cafe culture was a huge part of life in the city, especially for writers and artists. One of the famous ‘Old World’ coffee houses of Budapest, Ruszwurm is a charming spot in Buda. It is said that Sisi, the queen of Hungary, would send her staff there to buy cakes for breakfast. Ruszwurm is small and can be crowded, but don’t worry: the choice of cakes is enormous in all coffee houses, so the breaks are as pleasant as exploring the city. Here are some things you need to see and do while in Budapest.

See the shoes on the Danube River 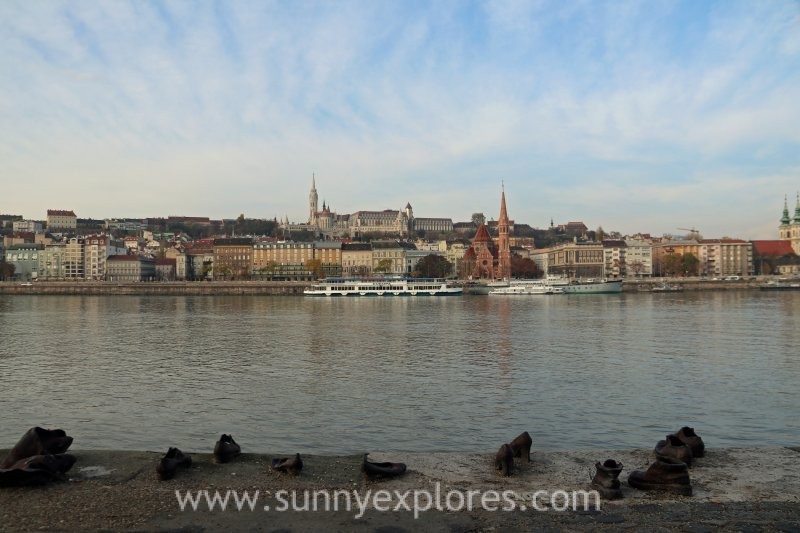 Start your visit to Budapest with walking the Danube promenade in Pest. Awarded with the World Heritage status, this promenade offers the most beautiful view of Budapest. You have to come back in the evening to see the Chain Bridge light up, just as the Castle Palace en the Gellèrt Hill with the statue of liberty. Most striking point on the Danube Boulevard are the Shoes. This fascinating installation of art is a way of remembering the thousands of lives that were lost through nazi occupation. If you don’t feel like walking along the Danube river, take tram 2, which follows the river.

Marvel at the architecture if the Hungarian Parliament 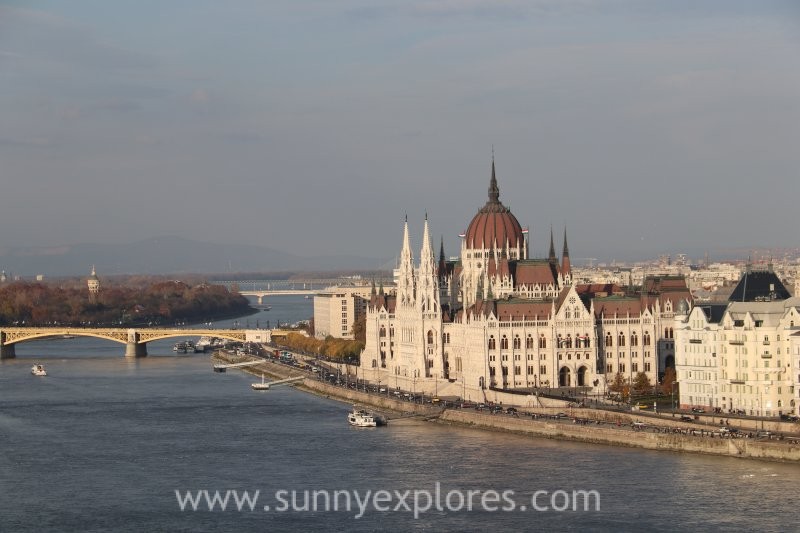 Your stroll along the Danube promenade will take your to the Hungarian parliament. Walk around the enormous parliament and take in how huge this building is. The parliament is worth a visit for the outside architecture, but also inside it’s interesting. Also take a look at this enormous building from the Buda-side of town. 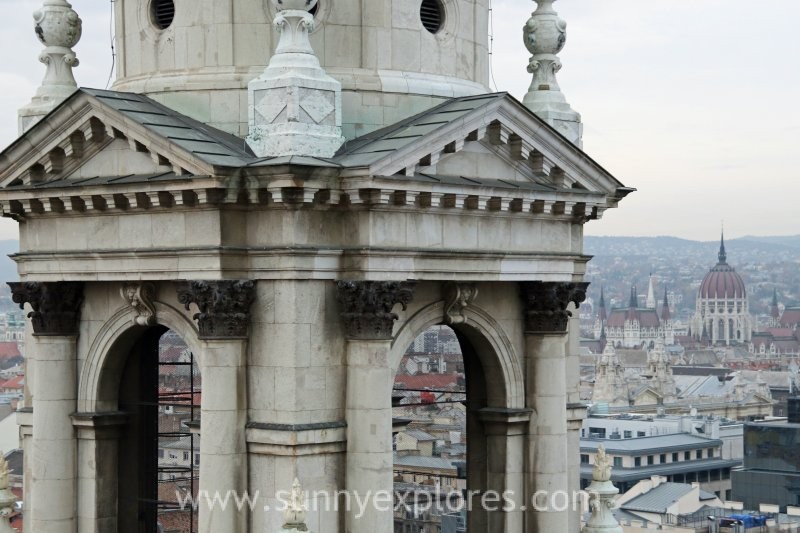 The 96 meter high dome of St. Stephen’s Basilica marks the maximum building height in the center of Pest. The dome is the best vantage point in Pest. I loved the shell- shaped stairs even more then the view. After climbing the basilica, walk to Gelato Rosa for an ice cream in the shape of a rose. 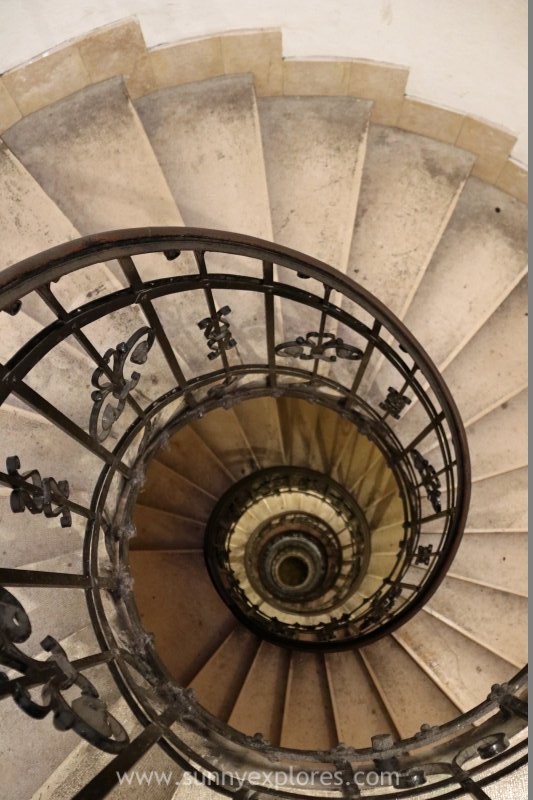 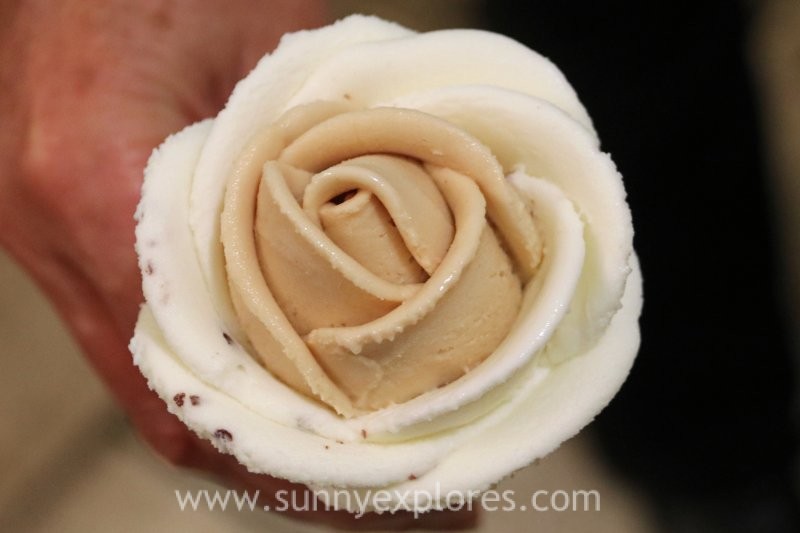 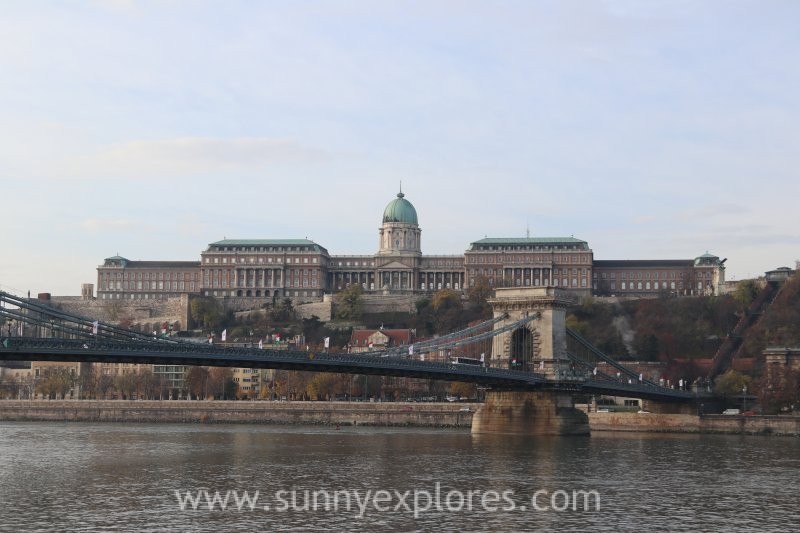 The most famous of the bridges connecting Buda and Pest is the Chain Bridge. The bridge, guarded by lions, offers a view on many landmarks, including Buda Castle and the Hungarian Parliament. At the end of the bridge you will find the Funicular.

Catch the Funicular up to Buda Castle 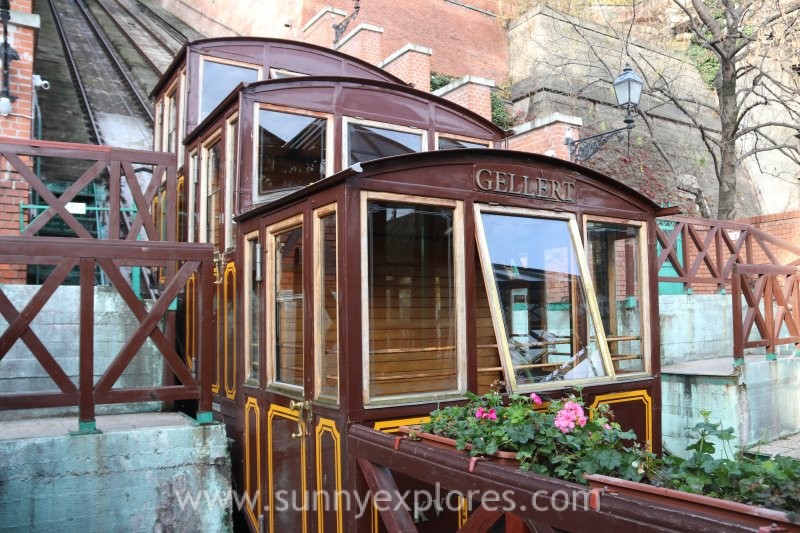 Ofcourse it’s a little touristy, but it’s just great to make your way smoothly up to Buda Castle from down below. The almost 100 meter long route has a slope of 48 degrees. The Sikló was constructed to bring the king’s officials up from the city to the ministries located on the castle hill. 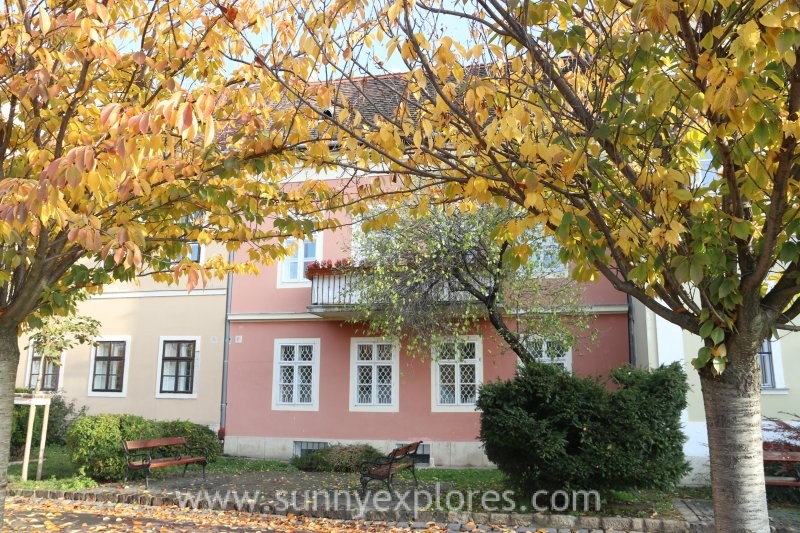 High above the Danube, the Castle Palace dominates the skyline of the Castle Hill in Buda. The gardens and Matthias fountain are beautiful, but mostly wander through the castle district. Baroque architecture and tranquility can be found in the colorful historic streets.

Enjoy the views from Fisherman’s Bastion 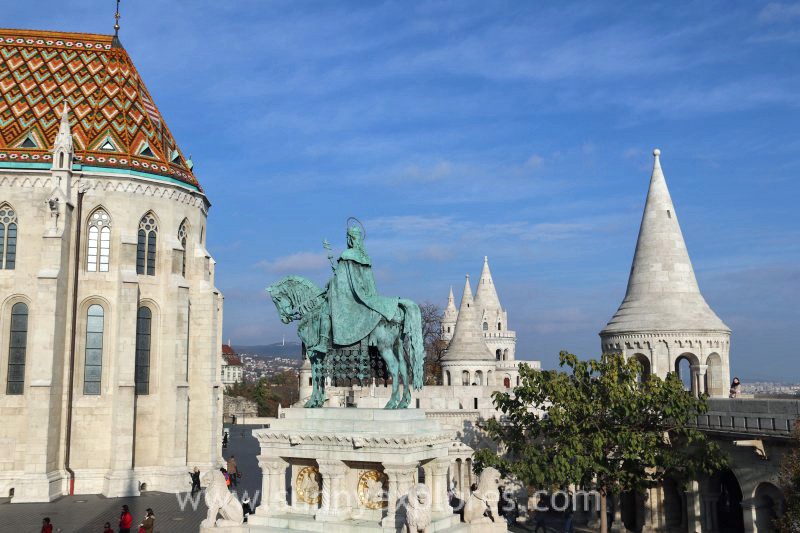 My absolute favourite place in Budapest is Fisherman’s Bastion. The views are amazing. You can overlook the Danube River, the architecture of the Hungarian Parliament and the city of Pest. But go early, it can be crowded here.

Wonder at the Matthias Church 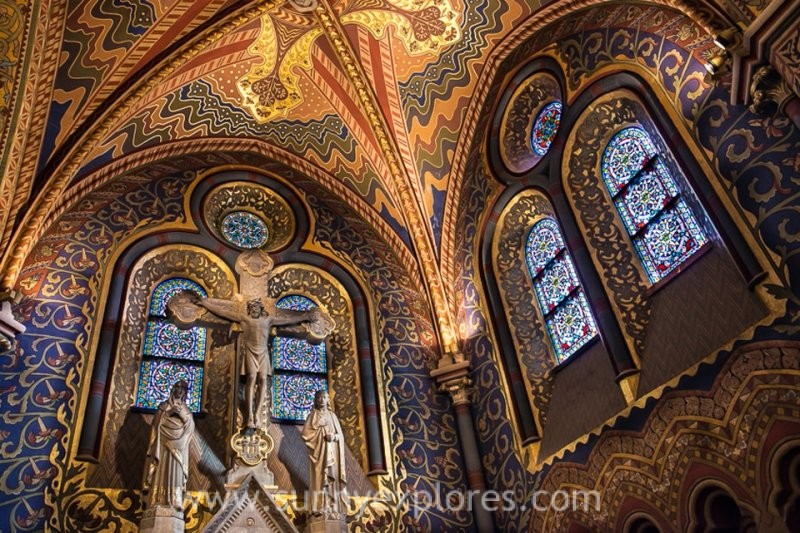 Enter the royal Matthias Church and you don’t know what you see: the entire interior is painted. All decorations on the floors, walls and ceilings are inspired by traditional Hungarian embroidery. This impressive church had important events such as the coronation of Emperor Franz Jospeh and Sisi.

Relax in the thermal baths 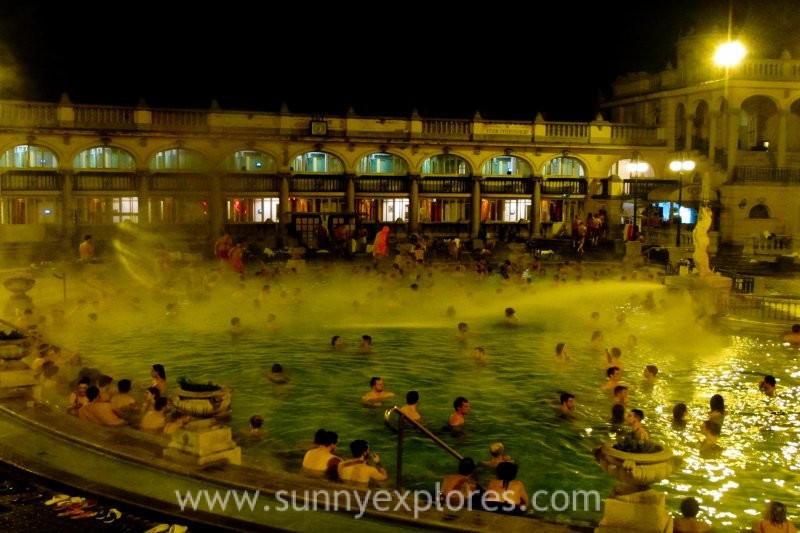 The hot springs of Budapest were already used by the Romans and Ottomans. There is an enormous choice in baths. I spend my evenings in the baths and choose the Jugendstil bath, the Gellert Thermal Bath, and the palatial Szechenyi. The thermal water is warm year-round. Széchenyi is Europe’s largest medicinal bath in a beautiful Neo-baroque building that houses indoor and outdoor pools as well as a sauna and steam rooms. 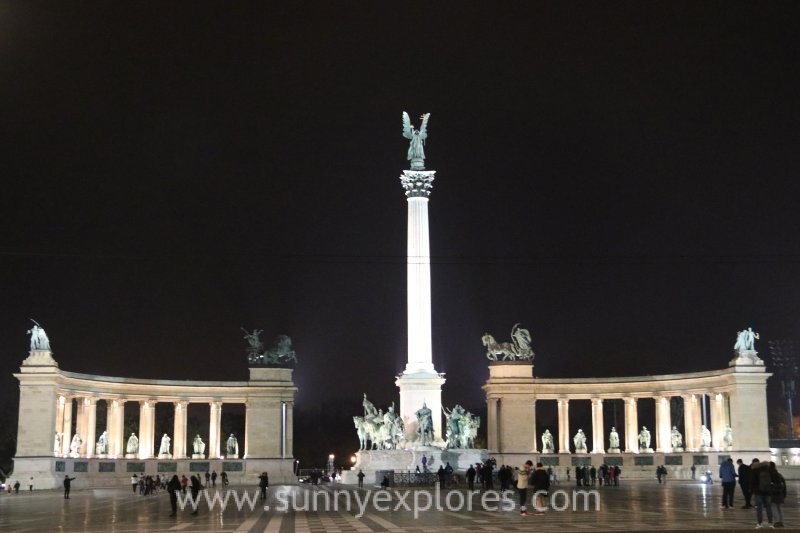 Located at the far end of Andrassy Street, Budapests most beautiful boulevard, is Heroes Square, a UNESCO World Heritage site that pays tribute to the 1000-year anniversary of the founding of Hungary.

Get your dose of nature at Margaret Island 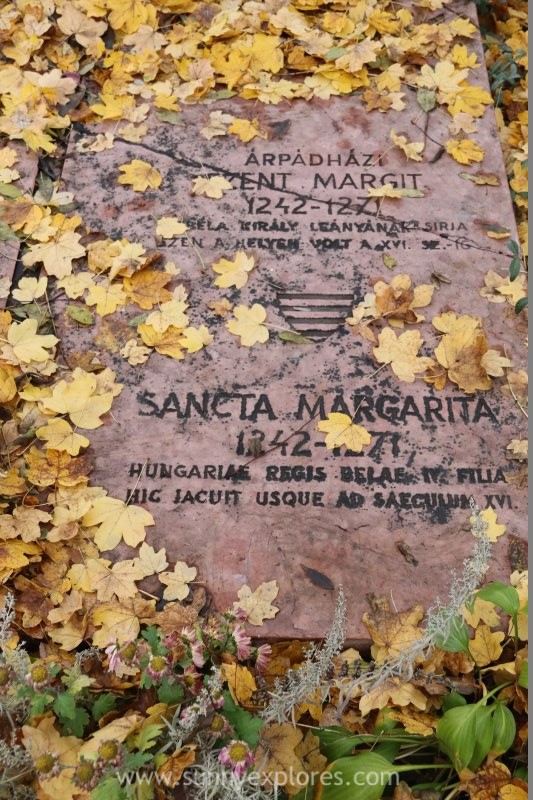 Margaret Island is one of the most popular places to be throughout the summer months. Be sure to take your time to wander around the gardens, including a Japanese garden, or enjoy lunch at one of the many pop up summer restaurants or bars. I was there in winter, so there was not much activity at the island, still I enjoyed looking for Saint Margrit’s grave and photographing the squirrels. And after a long, cold walk there was ofcourse a coffee house near for hot chocolate and cake!

Are there any places in Budapest you would recommand?