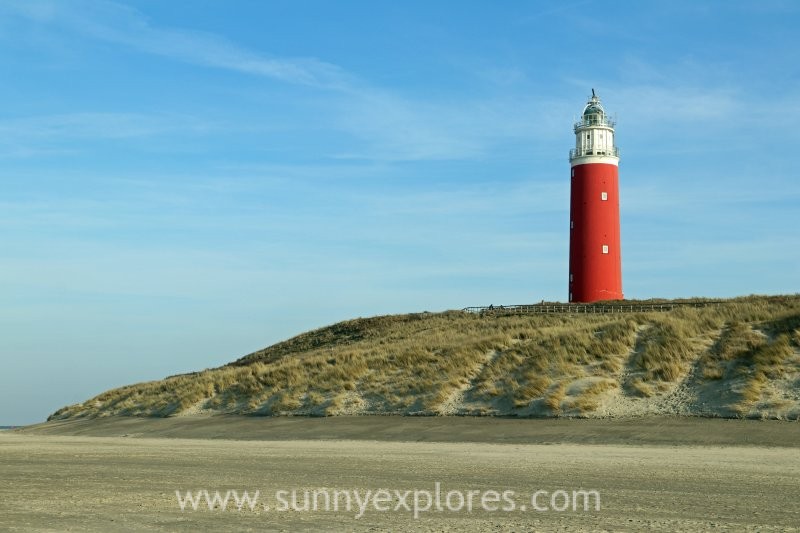 Texel is the largest of the Dutch waddenislands. For me it has less of an island character then the other islands due to the size and the presence of cars and roads. Still I like to come to Texel. The island has vast beaches, many beautiful nature reserves and there is much to see and do. Here are 12 things you can do on Texel! 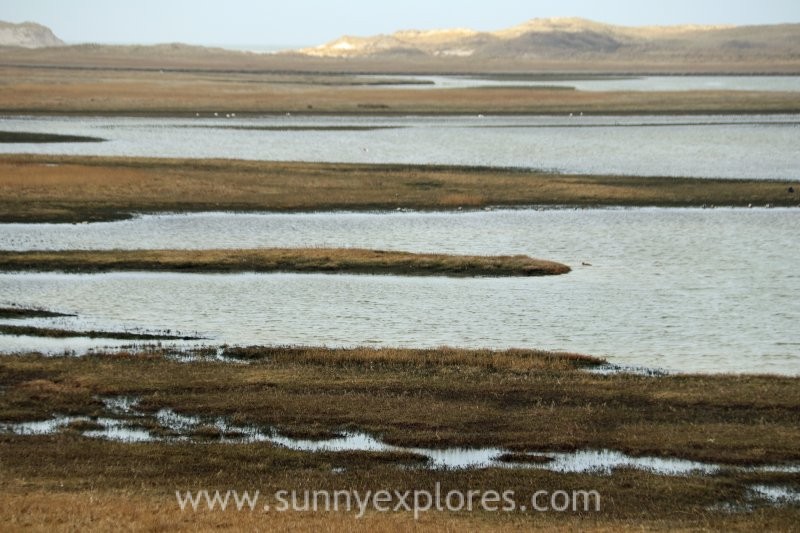 The Slufter is the most famous nature reserve of the island. It is a large salt marsh between two sand dikes. Creeks with salt water flow through the area, therefor only plants that can tolerate salt water grow here. In summer the plain colors purple with flowering sea lavender. The southern part is freely accessible for great hikes. When it storms from the northwest, the area floods, a spectacular sight. 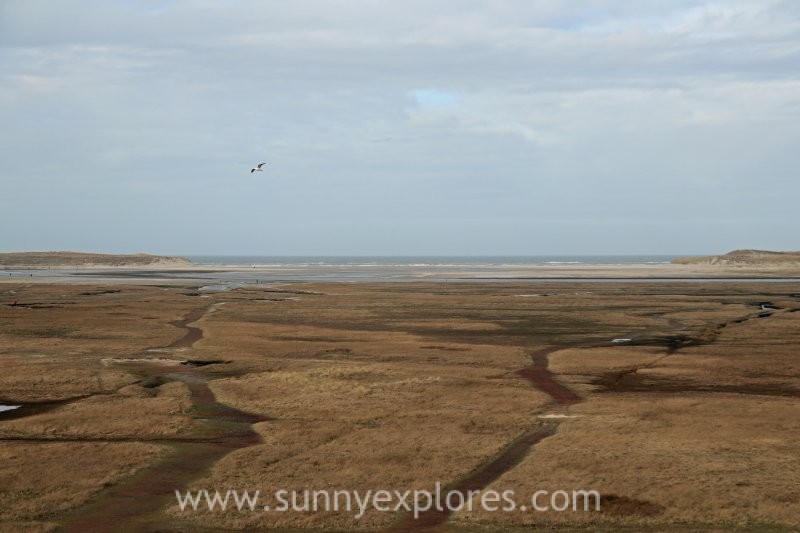 The Muy is a young dune area where the influence of the salt water has disappeared. Unlike in De Slufter, people here have succeeded in draining the area. A dike separates the Muy from the saline Slufter valley. Because new drift dikes were built on the beach later, the groundwater rose and the Muyplas was created. Spoonbills love this water.

Learn about the wadden in Ecomare 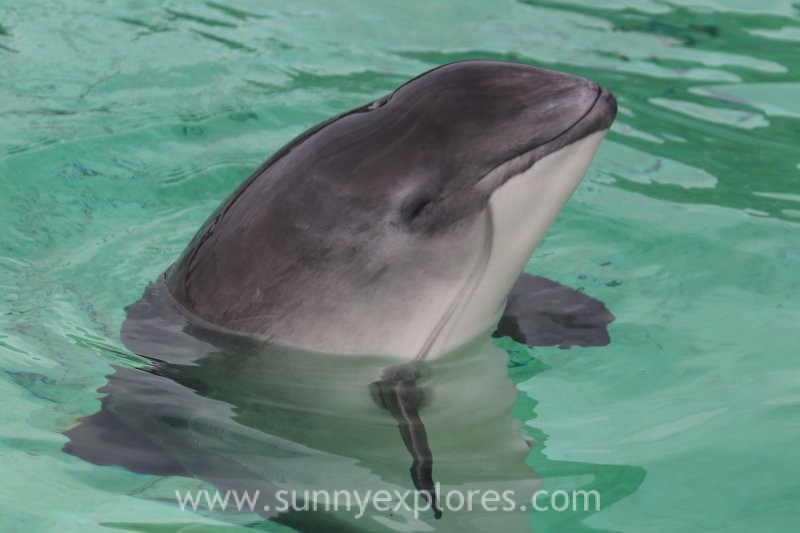 Ecomare is the informationcenter for the Wadden Sea and the North Sea. It is a nature museum and a sea aquarium, but also a seal sanctuary. Two porpoises and fifteen seals that can’t be released into the wild are living in Ecomare. 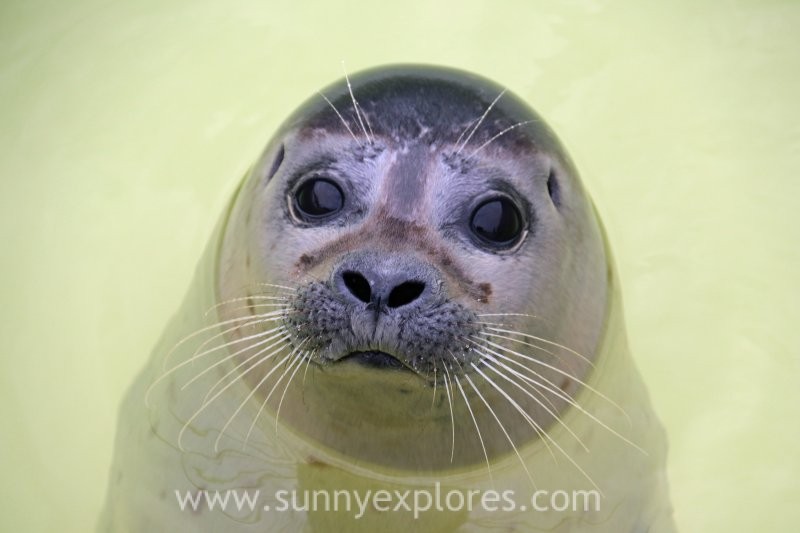 A walk around De Hors 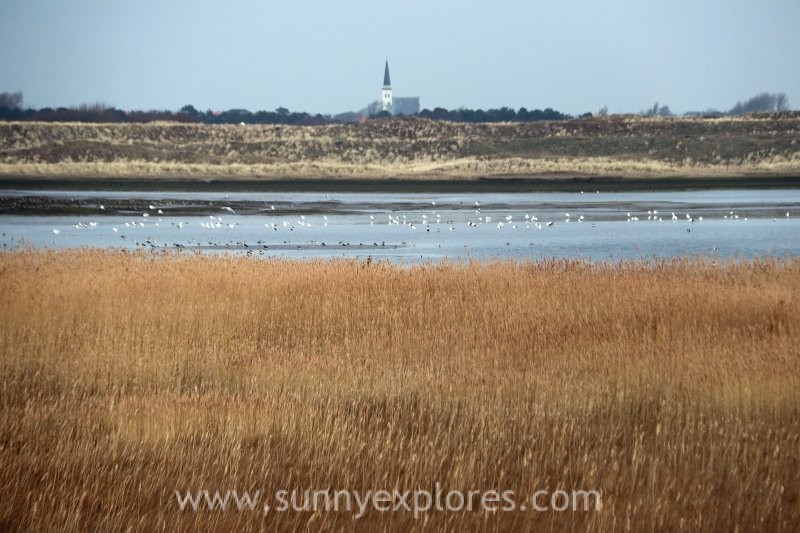 The extensive sand plain of De Hors is located on the southern tip of Texel. It’s a surprising place, where you can see how dunes are formed. Nature has free rein here. Dunes are created with the sand thrown by the sea. As soon as the sand hills are high enough and protrude above water, they become overgrown with plants that are resistant to salt and wind. First, biestar grass grows and catches sand, creating mini dunes. As soon as they are large enough and rainwater can be retained in it, marram grass will grow. In this way, even more sand ‘sticks’ and rows of dunes can form. De Hors is the only area on Texel where new dunes are created.

Stroll through the villages 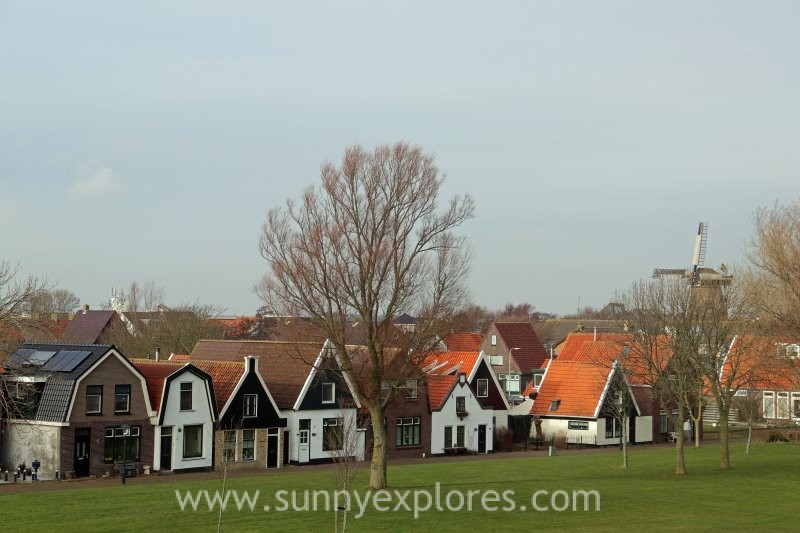 Texel has seven villages. De Koog is the seaside resort of the island, De Waal is the smallest village. The lighthouse is located in De Cocksdorp, the youngest village on Texel. I love De Cocksdorp, where the Wadden and North Sea meet at he northern point. Den Burg is the ‘capital’ of Texel. About half of the nearly 14,000 inhabitants live there. It’s the main center, with the most stores. Typical for the village of Den Hoorn are the cozy streets where many artists live. In spring, Den Hoorn is surrounded by colorful flower fields. Oosterend is a fishing village. In the past, there was a harbor that was used for oyster and seaweed fishing. When it fell silent in the 19th century, shipping moved to Oudeschild. Oudeschild is the only village on Texel that lies directly to the sea. Low tide and flood can take their course in the harbor. A few times a year the water rises so high that the quay floods. 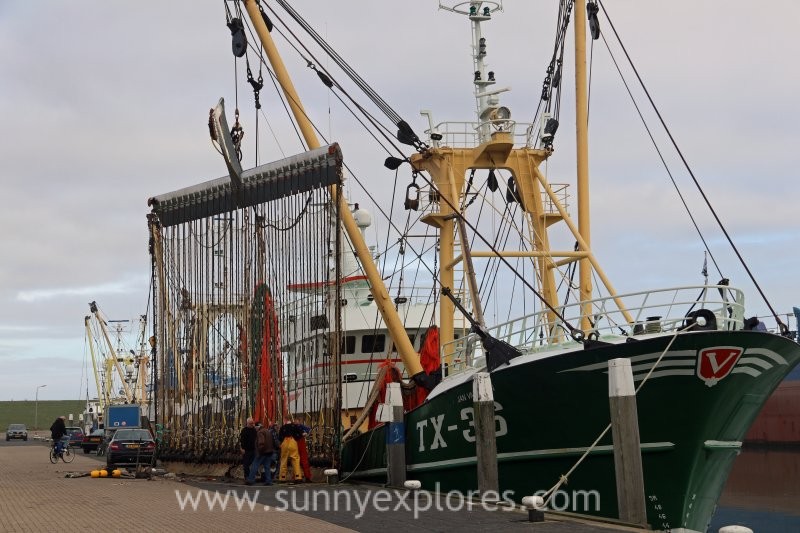 The harbor of Oudeschild is a lively place. The Texel fishing fleet still has around 30 ships. There is always a lot to see here. Fishermen are often ashore during the weekend, reparing nets and maintening their vessels. The village of Oudeschild was founded at the beginning of the 17th century. The VOC ships, which were in front of the Reede van Texel, provided trade and prosperity. 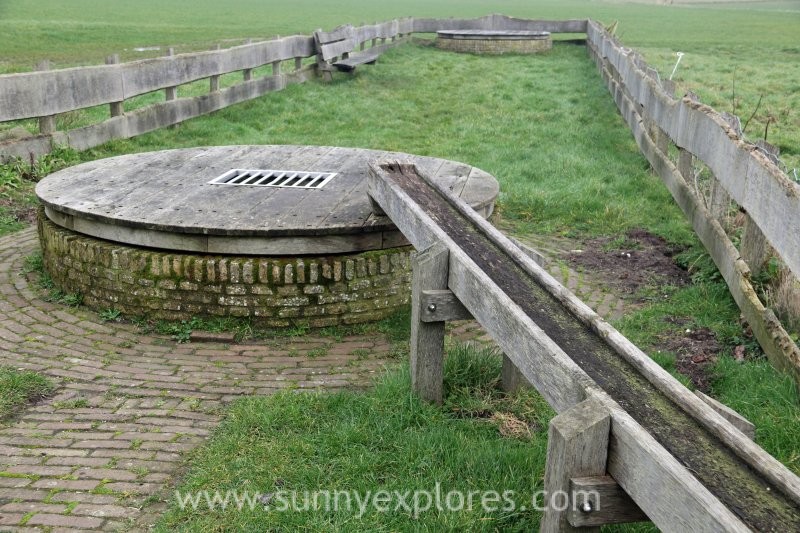 These drinking wells, just outside Oudeschild and were called the ‘Wezenputten’, because they were owned by the orphanage in Den Burg. Originally, there were five wells, only two are left. In the VOC time, the area of the great sea voyages to the east, dozens of ships waited on the Reede van Texel for favorable winds. The departure from Texel was the start of many voyages of discovery, war and trade. Due to the high iron content, visible by the brown color, the water from the Wezenputten lasted longer than water from elsewhere. Normally the stock taken was sufficient to the Cape of Good Hope, where fresh water could be taken on Table Bay. The barrels with water from the Wezenputten were transported by boats via the Skilsloot to the dike. In 1795 the Skilsloot was extended to the harbor, so that the barrels no longer had to be pulled over the dike. In addition to water, the ships on Texel took sheep as provisions for the journey. 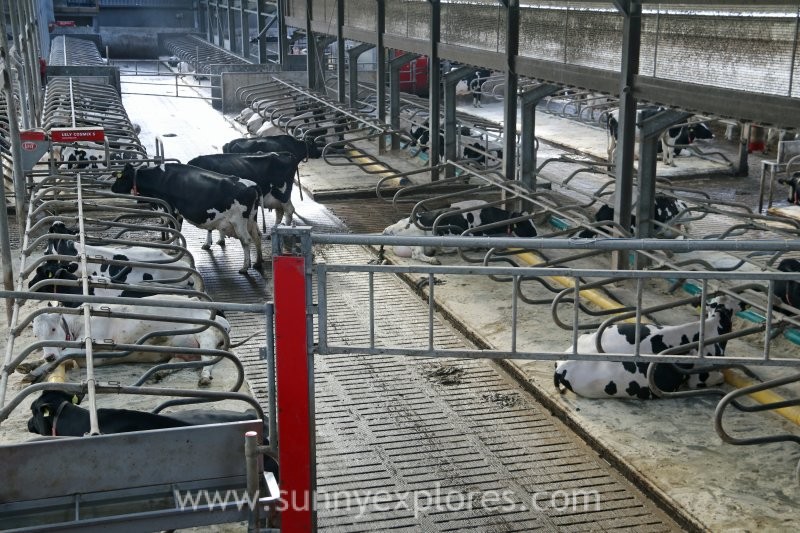 When you are tired of exploring the island, rest at the ice cream farm Labora near De Cocksdorp. You can not only eat delicious ice cream here, you can also visit the cow stables. The ice cream is made from the fresh milk and cream of these dairy cows, wh0 walk in and out of their stables.

Drive down the Wadden coast 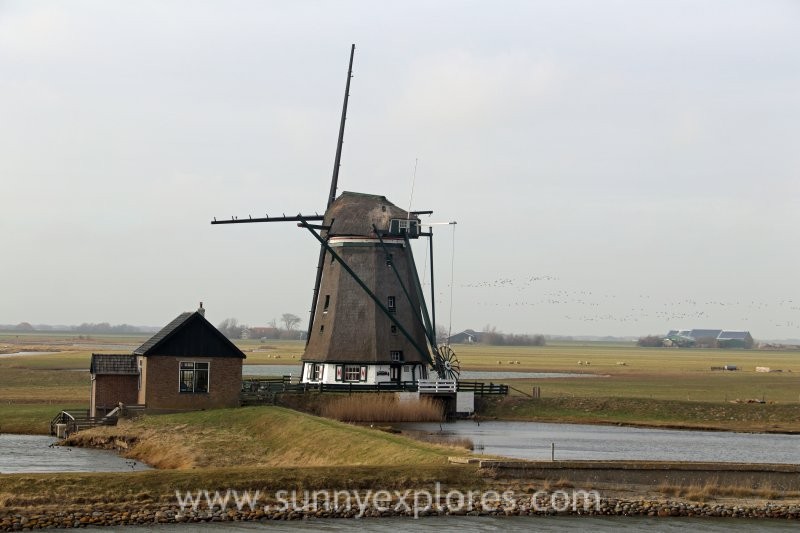 It is wonderful to cycle along the Wadden coast. You come across beautiful nature reserves such as De Bol, the Zwin and the Krassekeet. Everywhere you see birds and beautiful cloudy skies. Get on your bike and the only things you will hear are the birds and the sea. 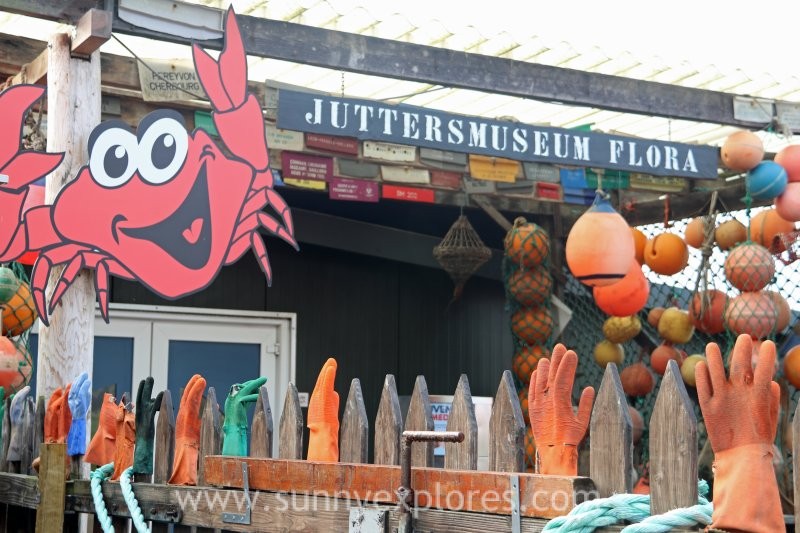 The Shipwreck and Jutter Museum Flora is a my favorite museum on Texel. This is the museum of beachcombers. In Dutch they are called ‘jutters’. Their findings are displayed and you will discover how connected the people of Texel are with the sea. I loved the stories told by the old beachcombers. You can easily spend an entire afternoon here. 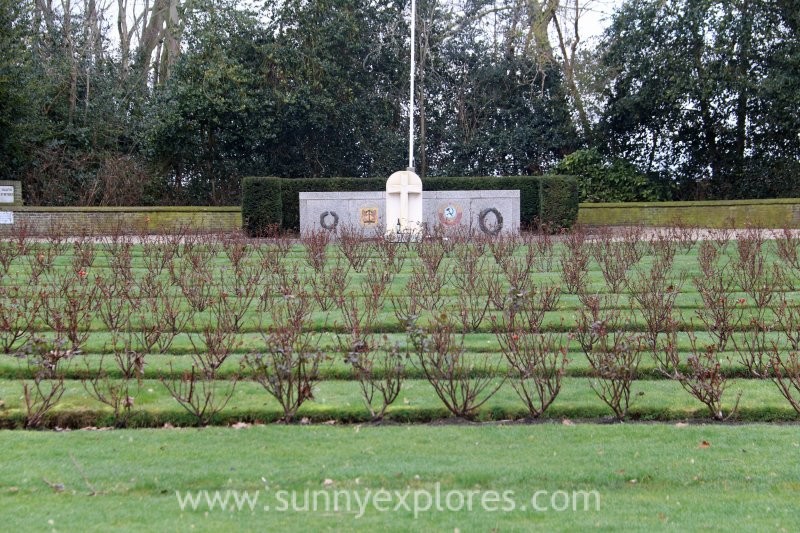 During the Second World War Texel had a German occupation and hundreds of men were deported. Still, in general the island was no too effected by the war, until the Georgian soldiers who fought on the German side revolted in april 1945. They would leave on April 6 to fight against the Allies in the east of the Netherlands. The only chance for Georgians to rehabilitate for their service in the German army was an uprising. It started on April 6 at 1 AM, led by the Georgian commander Schalwa Loladze. 450 Germans were killed in the early morning, mostly in their sleep. Initially the rebellion went well. Eventually, after five weeks of bloody battle, the Germans managed to beat the Georgians. 565 Georgians, 120 Texel people and about 800 Germans were killed in the battle. Although Germany had already surrendered unconditionally on 5 May, the war on Texel lasted until 20 May. The Georgian Uprising is therefore called ‘Europe’s last battlefield’. Many killed and executed Georgians are buried at the Georgian cemetery Loladze on the Hoge Berg. The 228 surviving Georgians have returned to their home country.

Step back in history in De Schans 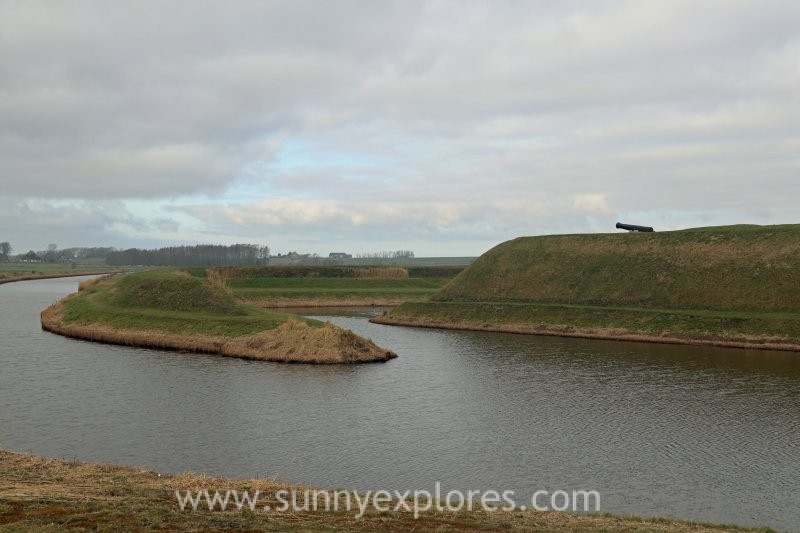 Fort de Schans was built by order of William of Orange. He wanted to protect the island and the Reede van Texel against the Spaniards during the Dutch Revolt (1568-1648). The star-shaped fort near Oudeschild was built around 1574. De Schans not only provided coastal defense: in the golden age, the fort also served as a court for mutiny on the ships and was used as a prison. Executions also took place. Napoleon visited De Schans in 1811, after which he had the fort enlarged and fortified with two neighboring forts, fortress Lunette and de Redoute. 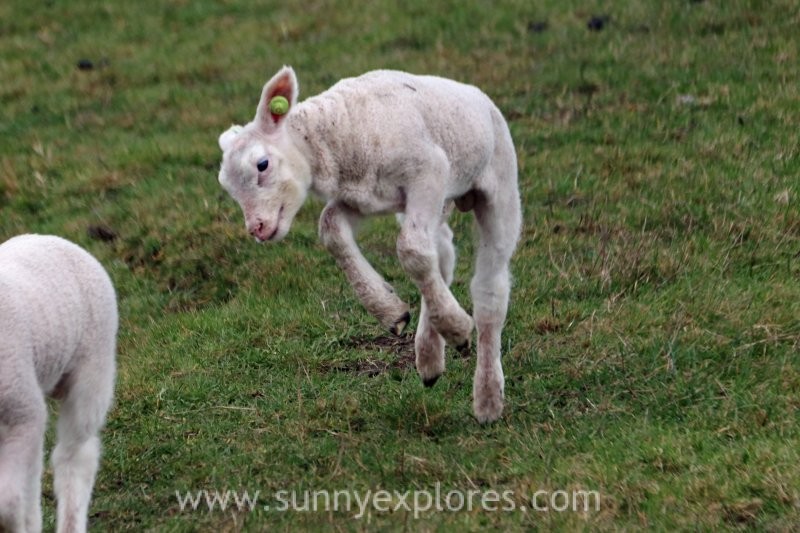 As you can see there is a lot to see and do at Texel. Texel is also the island of sheep. Take your time to enjoy the playing lambs. Nothing is more relaxing than watching lambs jumping around. And don’t forget to spend time at the beautiful beaches. Take a long beach walk and enjoy the sunrise or sunset. 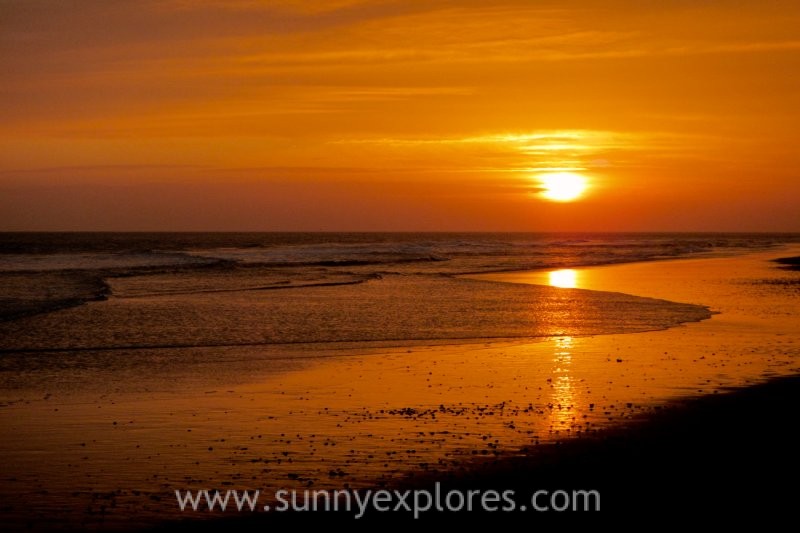