Cobá, the Mayan city in the Mexican jungle 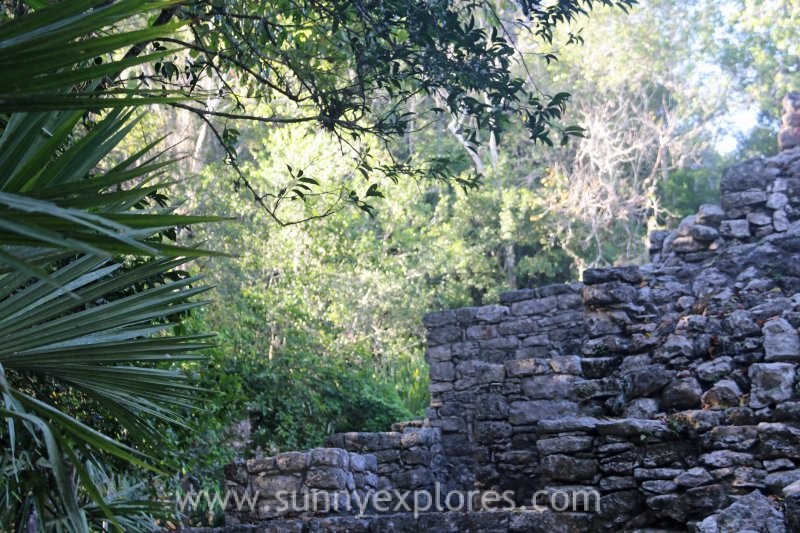 Cobá is a Mayan city in the middle of the Mexican jungle. People already lived in Cobá around the year 100 BC. The flowering period of the city was between 200 and 600 AD but also afterwards the city remained important. Cobá means ‘waters stirred by the wind’, as this settlement is surrounded by two large lagoons, the Cobá lake and the Macanxoc lake. This meant that the residents were always assured of drinking water, even in the dry season. 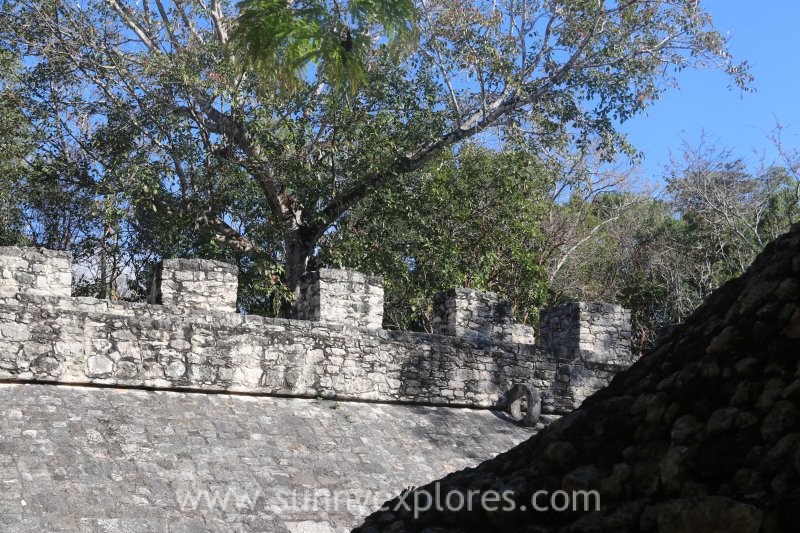 Archaeologists believe Cobá was one of the most important ruin sites on the Yucatán Peninsula. This site is still largely unexcavated which adds to the magic of the place. Cobá is not a single site but a large group of sites connected around the central pyramid, Nohoch Mul. Sacbes, white roads, lead from each settlement to the main pyramid. Around 6,000 structures exist, but only a few settlements are for public viewing. Hiking or cycling through the jungle you can explore these settlements. 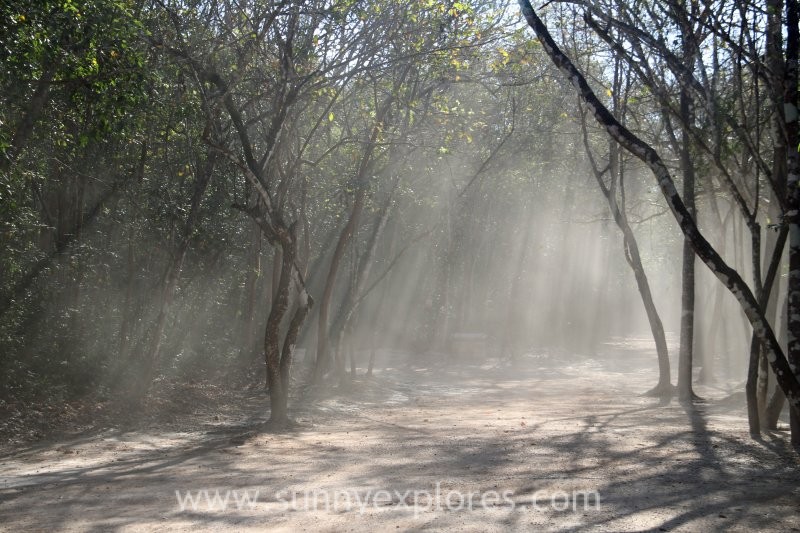 Cobá was occupied by a large agricultural population by the 1st century and grew to 50,000 inhabitants at the height of its productivity between 600 AD and 900 AD. Cobá’s rapid growth was due to control of farmland, trade routes and most importantly, water from the two lagoons. Cobá’s downfall came with the rise of Chichen Itza and the long war between the two cities. In 860 AD Yaxuná was destroyed by Chichen followed by the defeat of Cobá itself. The decline of Cobá preceded the main collapse of all the Mayan cities in the region. The city was to revive centuries later when some new temples were built and old ones kept in repair until at least the 14th century, possibly as late as the arrival of the Spanish. 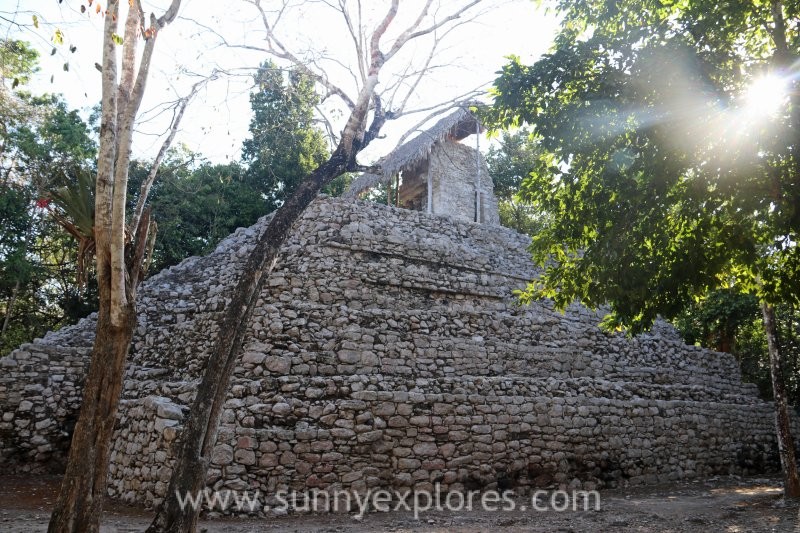 The Cobá group is the first group of buildings that you encounter when you enter the site. The most striking building is La Iglesia, the church. This is a temple of 25 meters high, from which the trees now grow. You will also find a complex of palaces and residential buildings and of course a field for the Meso American ball game. In this game two teams competed against each other. The aim was to play a rubber ball of about five kilos through a ring without using the hands.  Usually this was done with the hips. Legend has it that the losing team was sacrificed. The Cobá group is where a sacbé starts that leads 100 kilometers through the jungle to Yaxuna. 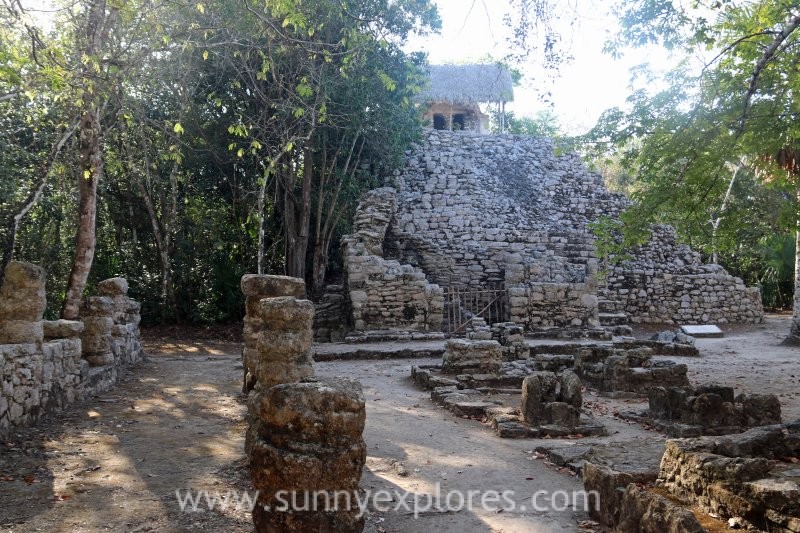 The Nohoch Mul Pyramid, is the center of Cobá and the tallest temple pyramid on the Yucatán Peninsula. You can clim the 42 meters tall pyramid. 120 steps will lead you to an unique view of the Yucatán and non-public areas of Coba including both lagoons, Macanxoc Lagoon to the east and Cobá Lagoon to the southwest. This temple was probably built as a final resting place for the rulers. 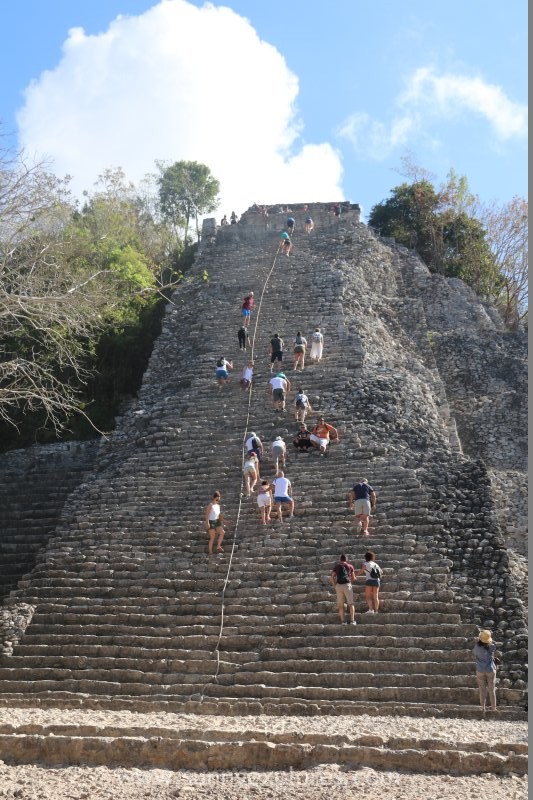 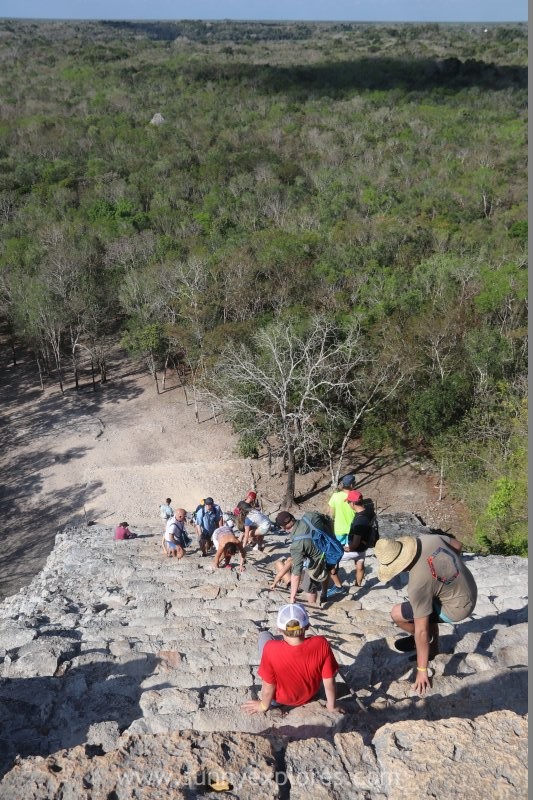 Chumuc Mul is formed by a group of buildings built in the late post-classical period, 1200 to 1519 AD. This site is also called the Conjunto Pinturas, the paintings group, after the fragments of murals found here. The buildings are built with stones from older buildings. Past the Conjunto de Pinturas lies the Macanxoc Group. This area has 8 stelaes and numerous altars. The vast number of stelaes shows that this area was once the spiritual center of Cobá. The stelae contain drawings and glyphs that document major events and historical facts that happened in the city of Cobá. 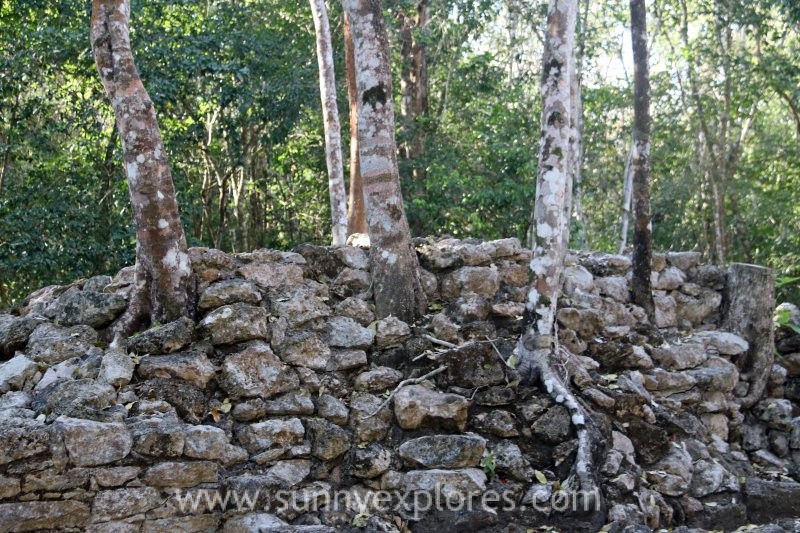 The ruins of Cobá are a great place to explore by foot or by bike. For me cycling through the jungle from Mayan ruins to Mayan ruins was an amazing experience. 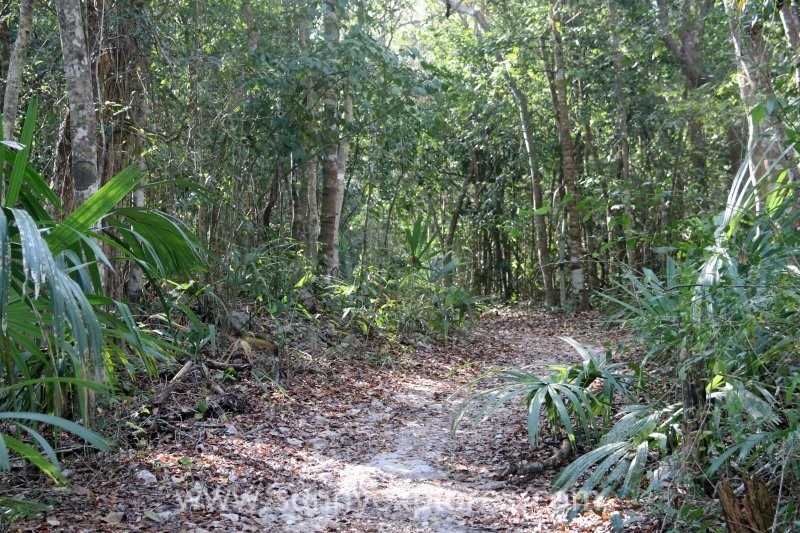 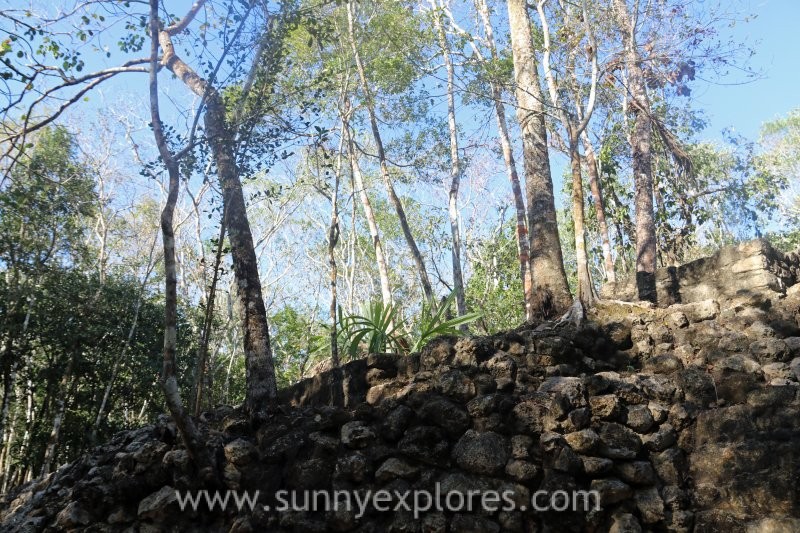 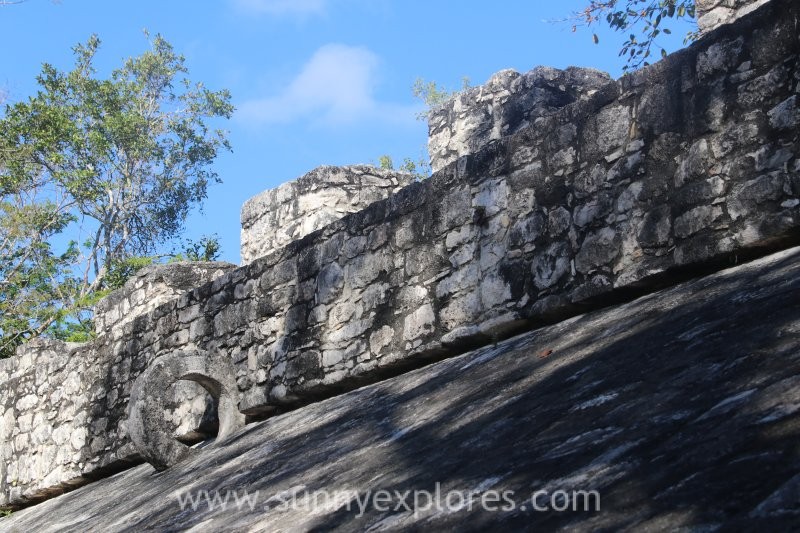 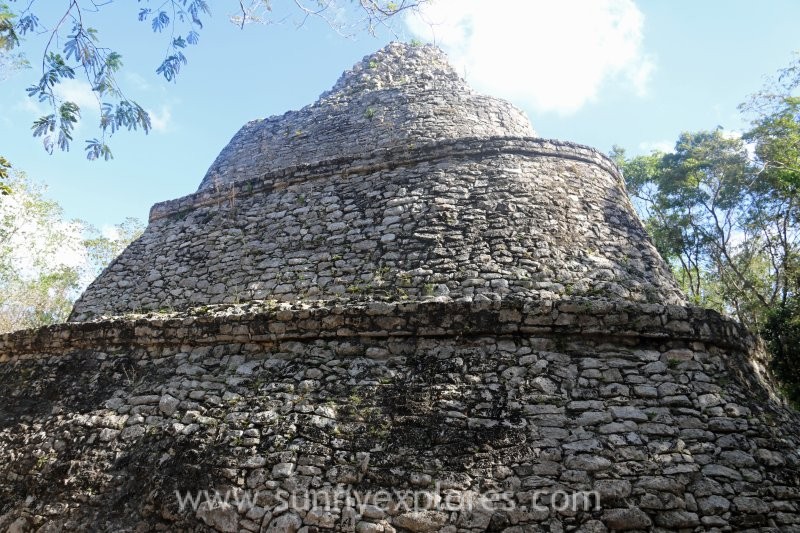 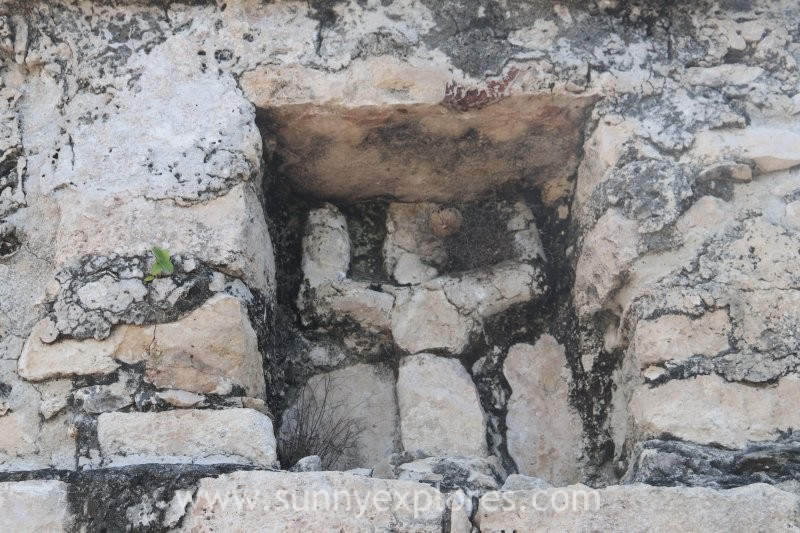 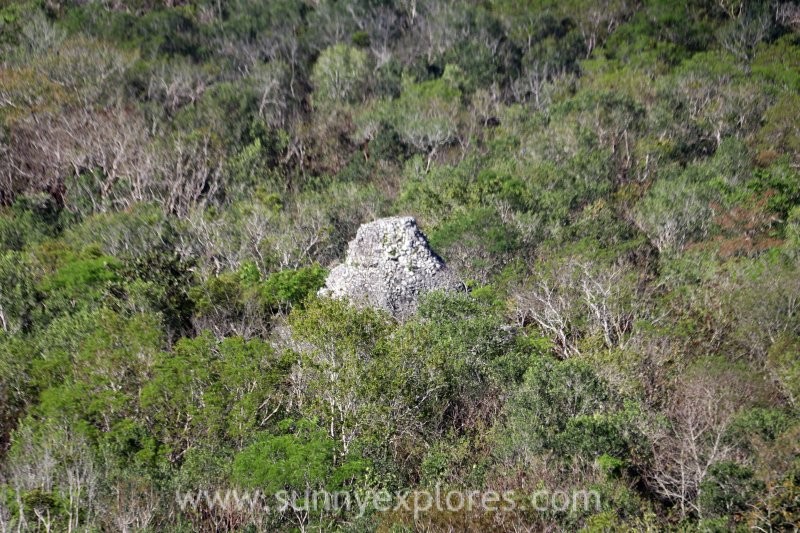