Diving in Mexico: the reefs of Cozumel 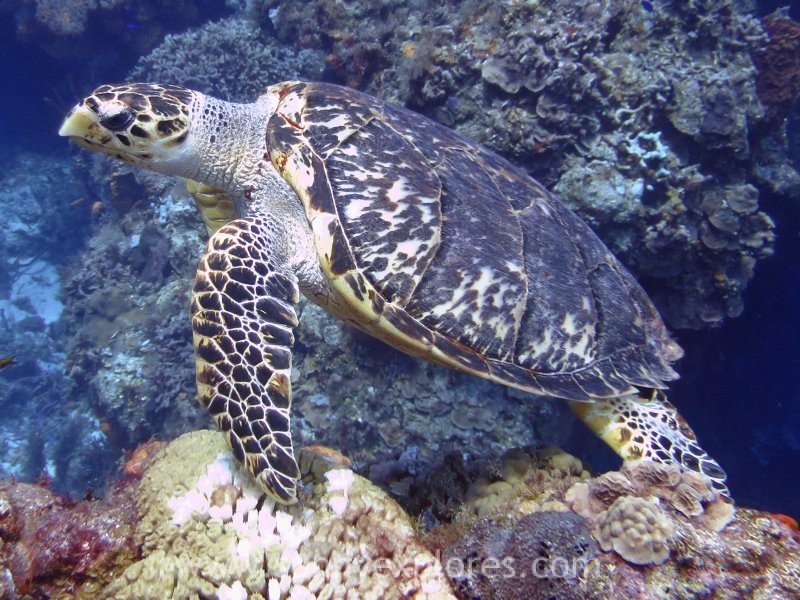 Diving the Cozumel Reefs is pure enchantment: deep walls, colorful corals and exotic reef fish in all colors you can imagen. The famous Jacques Cousteau was awe struck when he discovered the reefs of Cozumel in 1959. He listed Cozumel even in his own top ten of favorite dive sites in the world. And for a reason! 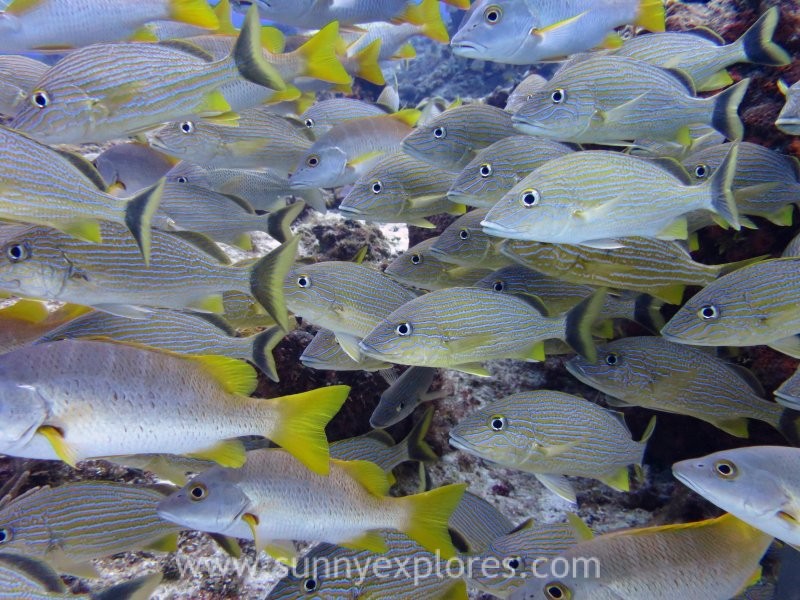 Just like Tulum Reef, the reefs of Cozumel are part of the second largest reef system in the world which stretches from the northern tip of the Yucatán Peninsula in Mexico all the way to the Bay Islands in Northern Honduras. The Mesoamerican Reef is unique in the Western hemisphere not only for its size but also because of its biodiversity. The Cozumel Reef systems are located off the western coast of the island. They have been preserved since July of 1996 by the Cozumel Reefs National Marine Park. With an area of over 29,000 acres the Cozumel Marine Park includes the federal maritime zone, as well as rocky and sandy beaches, mangroves and palm groves that support important biological systems. There are 26 types of corals, with over 100 subspecies, and 300 fish species, some endemic to the island like the famous splendid toadfish. I feel so lucky to have seen this amazing creature! 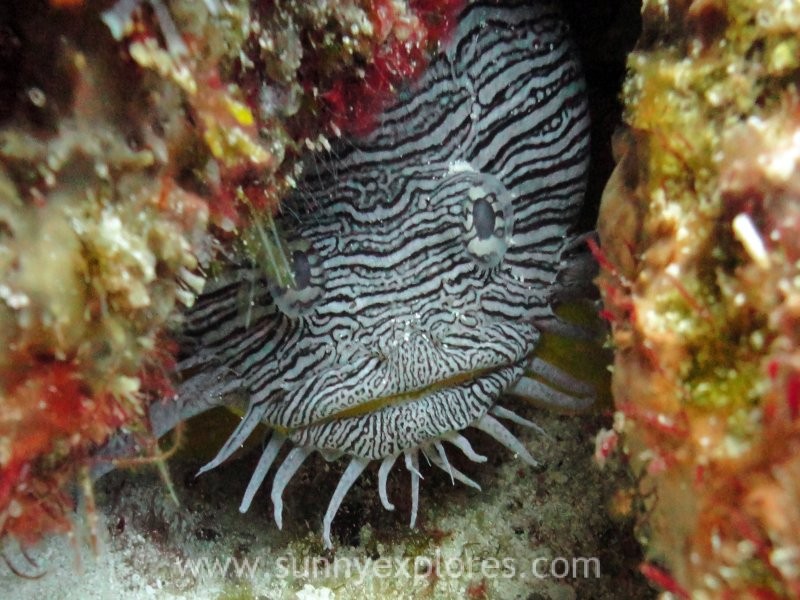 In Cozumel, the currents can change, for better or worse, in an instant. But these same currents guarantee an amazing visibility. Drifting with the current along the walls of the Cozumel Reefs with the huge towering coral mounds and lush forests of sea fans and sponges, is entering a stunning, colorful world. There is so much to see and to explore, Hawksbill turtles, green turtles, nurse sharks, angelfish with their vibrant blue and yellow colors, crabs, squid, and tiny snail-like creatures called flamingo tongues. 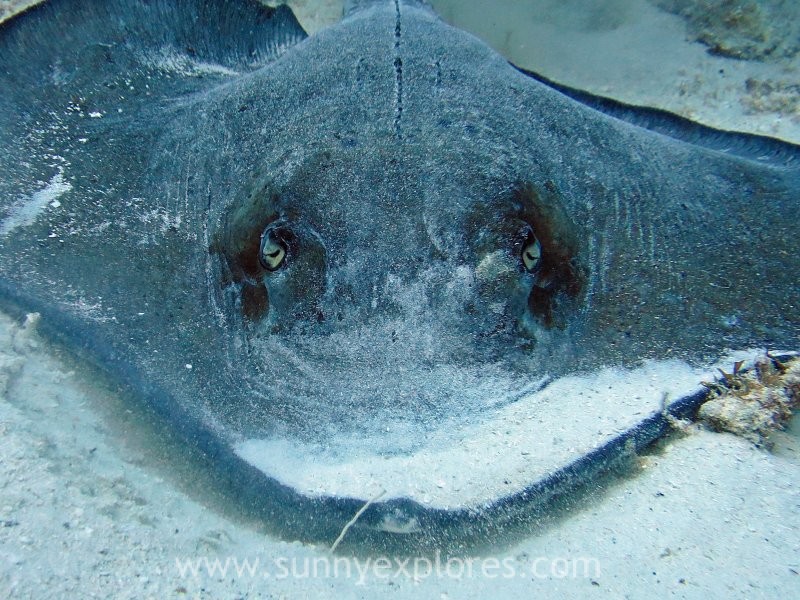 Palancar Reef is possibly Cozumel’s most famous reef and is often called one of the crown jewels of the Mesoamerican Barrier Reef System. This large coral reef on the southwest side of the island of Cozumel is part of the Arrecifes de Cozumel National Park. This populair site is divided into several sections based on depth and coral formations. Dive depths vary from 15 to 34 meters. Reefs are teeming with various marine life including corals, sponges, jacks, triggerfish, turtles, snappers, angelfish, Bermuda chub, rays and several species of sharks. Palancar is actually a blend of several different coral formations which include gorgeous caverns, passageways and tunnels, surrounded by colorful coral. 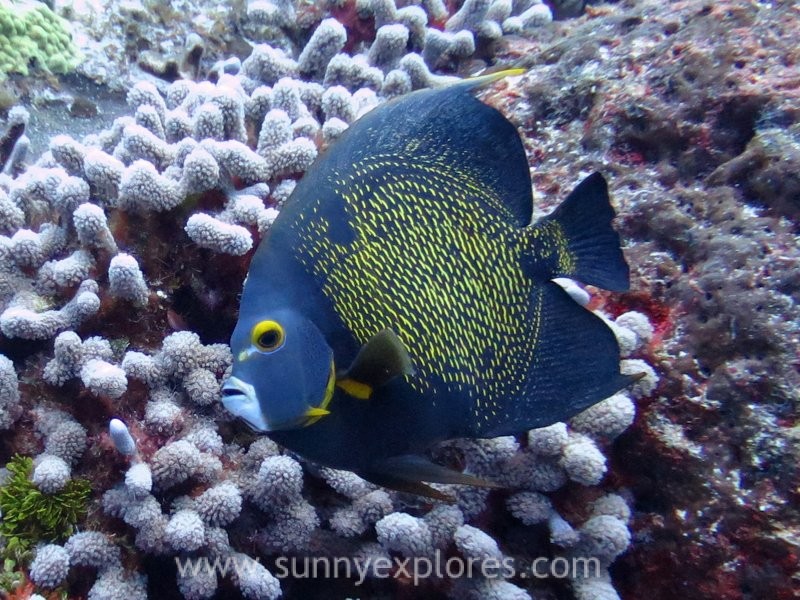 Paso del Cedral Reef is one of my favorite dive sites in Cozumel. It’s unbelievably rich in colors! The reef is full of swim-throughs, under-cuts and hidden areas that make a great hiding place for large green and spotted eels. The currents are generally moderate to strong and with some luck you will encounter sharks. Once you drift to the beginning of the reef you will see some large schools of grunts and snappers that congregate in the shelter of the reef. Despite the current here, slow down and look around! You can easily wind your way back and forth across and under the reef. The current can be strong at the sandy area south of where the reef starts, but make sure you take your time here to check out the small caves where large lobsters are hiding. Paso del Cedral is an amazing site! 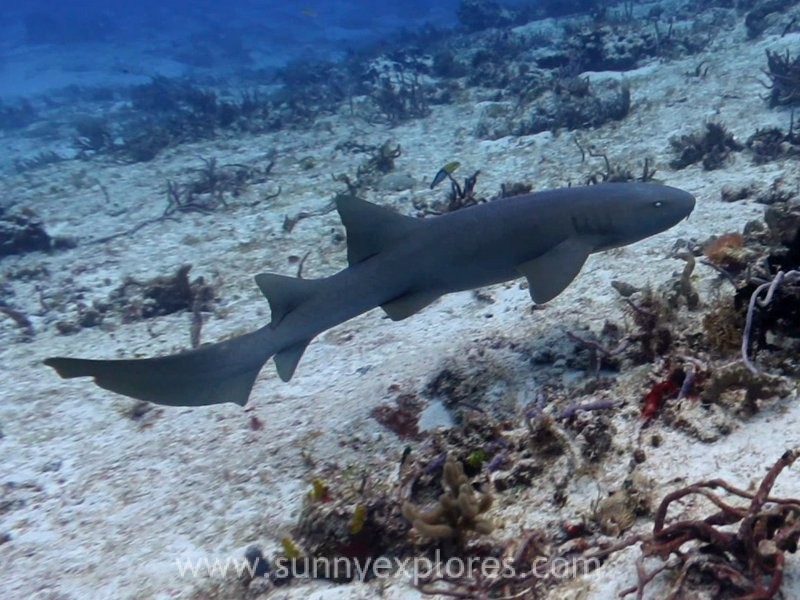 Santa Rosa is a quiet dive site. It’s a wall dive with moderate to strong current. I started Santa Rosa on the Paso del Cedral wall and I think it’s a nice drift dive to see both walls in one dive. The Santa Rosa wall drops steeply, but has on the top edge of the wall towards shore some sandy bottom areas and with big overhangs to hide out from the current. There are beautiful swim throughs that take you from the wall back to the sandy area. Santa Rosa offers immense sponges, huge overhangs of stony corals and a lot of marine life. You can see turtles, groupers, giant parrotfish, French and queen angelfish, and even the splendid toadfish. I was mesmerized by the abundance of the colors of many reef fish. 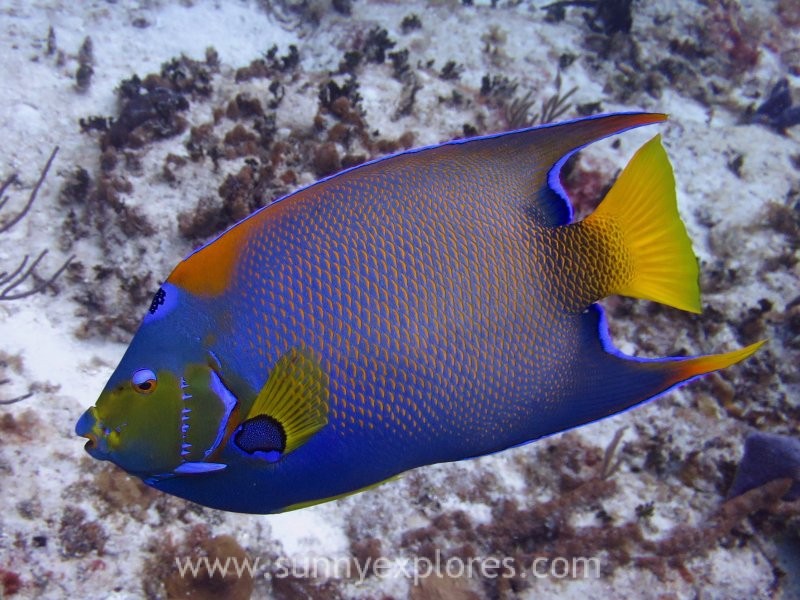 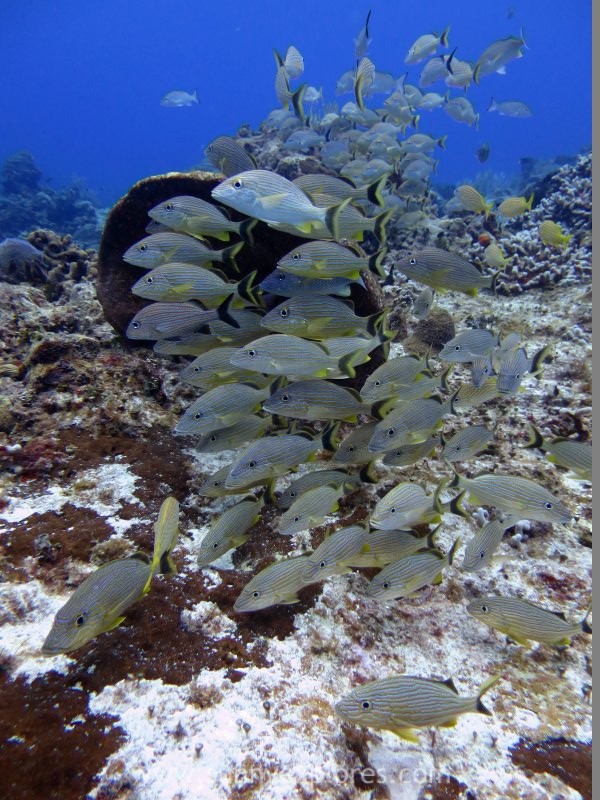 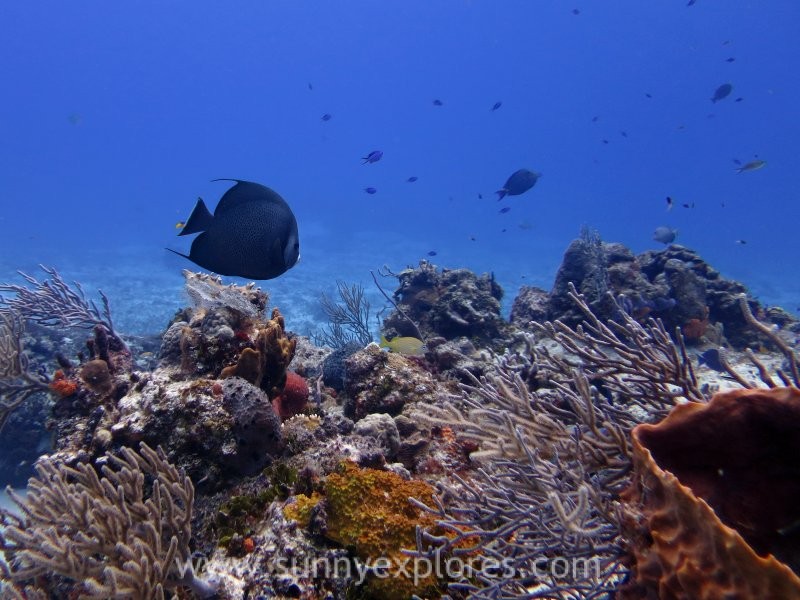 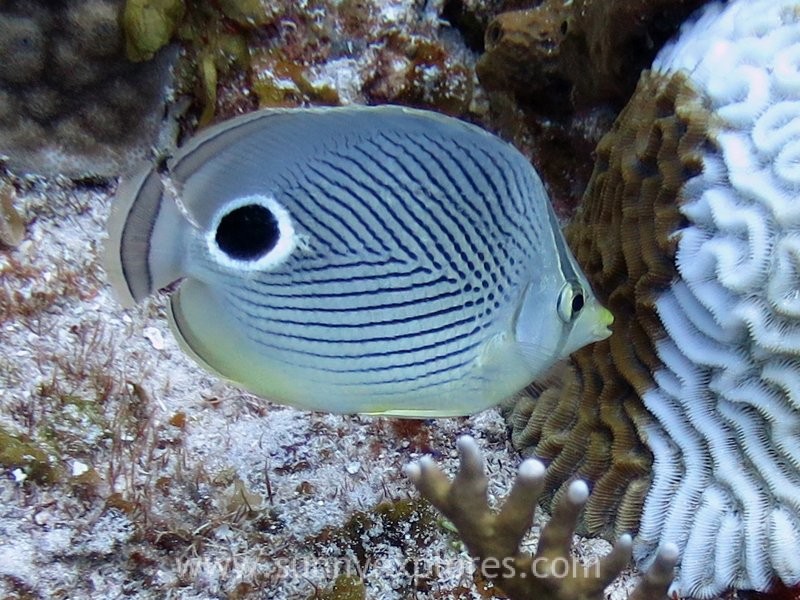 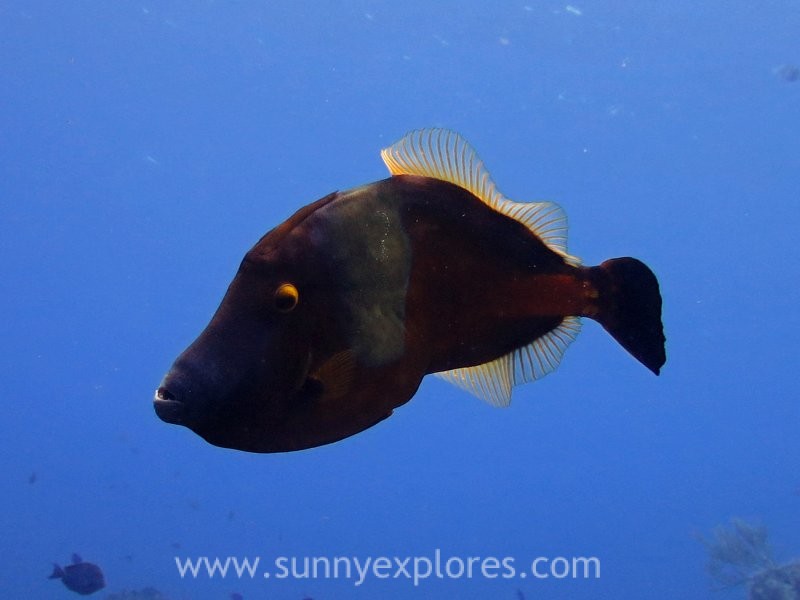