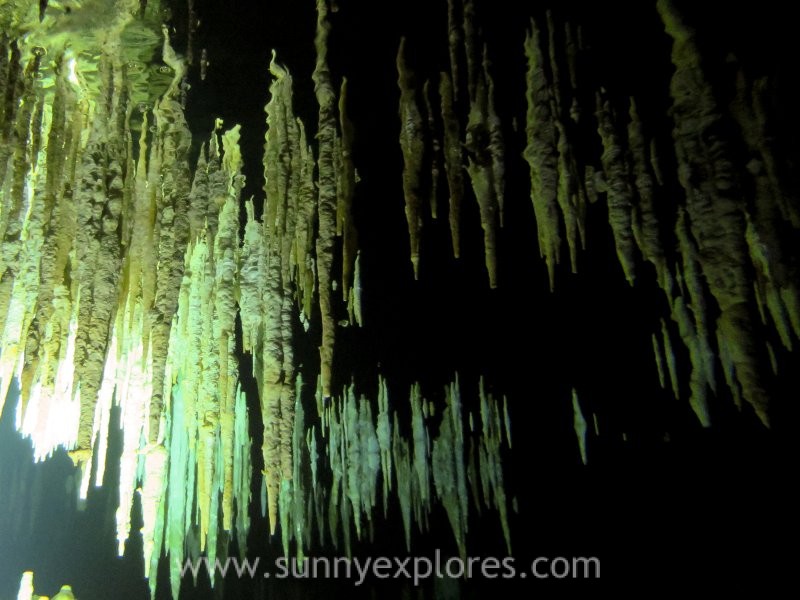 Cenote Dreamgate has something special: it’s a magical mirror world. With inviting sapphire water and a whole underwater world to explore, it’s a place that gets a hold of you forever. 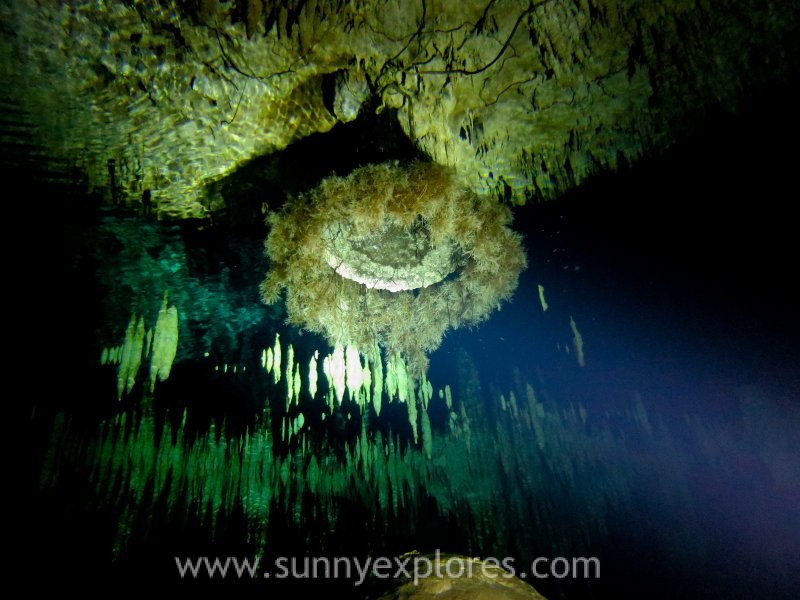 At the end of a long dirt road into the jungle of the Yucatán Peninsula lies Cenote Dreamgate. Just at the moment you expect to reach the end of the world, a beautiful cenote looms up from the jungle. Dreamgate is a series of shallow horizontal caverns that form a circuit. You can do two dives here, the Dreamgate Upstream dive and the Dreamgate Downstream dive. Both dives require a good control of neutral buoyancy, because of the shallowness and the delicacy of the stalactites, stalagmites and rock formations. Beside that, the bottum consists of dark silt, so it’s important not to stirr up the bottum or you will mess up the amazing visibility which is normally between 50 to 80 meters. The two dives are short, approximately 30 minutes and 40 minutes. I combined both trails in one dive, which is only an option if you have a good air consumption. 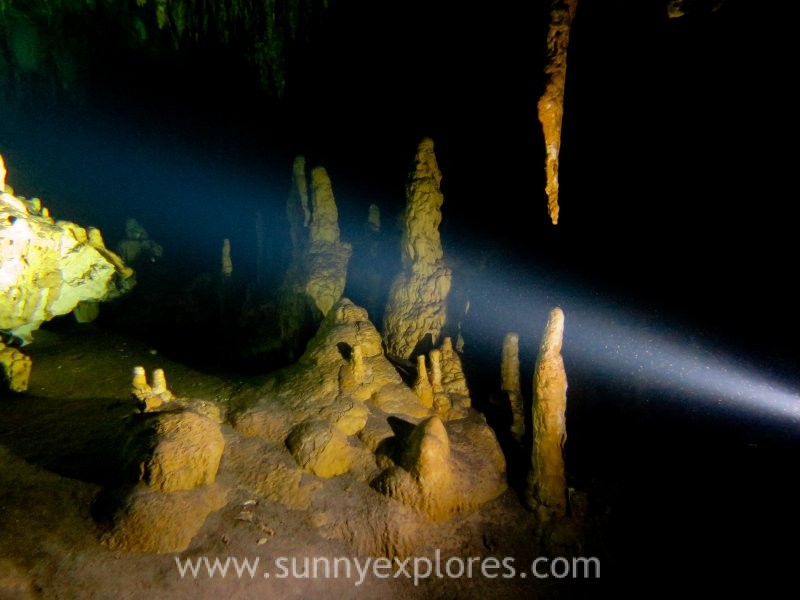 During both dives it’s wise to swim slowly: there is so much to see. The upstream cavern is highly decorated with an abundance of stunning formations. You can even see soda formations that look like straws. They are the first stage of stalactite formation. The soda formations are very fragile and even air bubbles can destroy them. 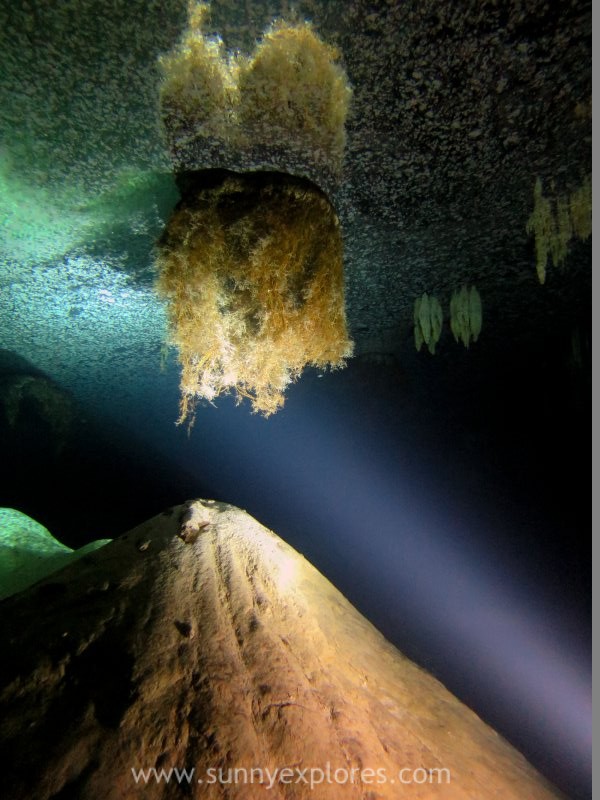 Pure magic is an air dome in the center of the cavern zone. In this enchanting world it’s hard to tell what is up and what is down. Here you can see a lot of stalactites hanging on the ceiling, passing through the water surface and reflecting in it. It feels you are floting between the stalactites in a mirror world. 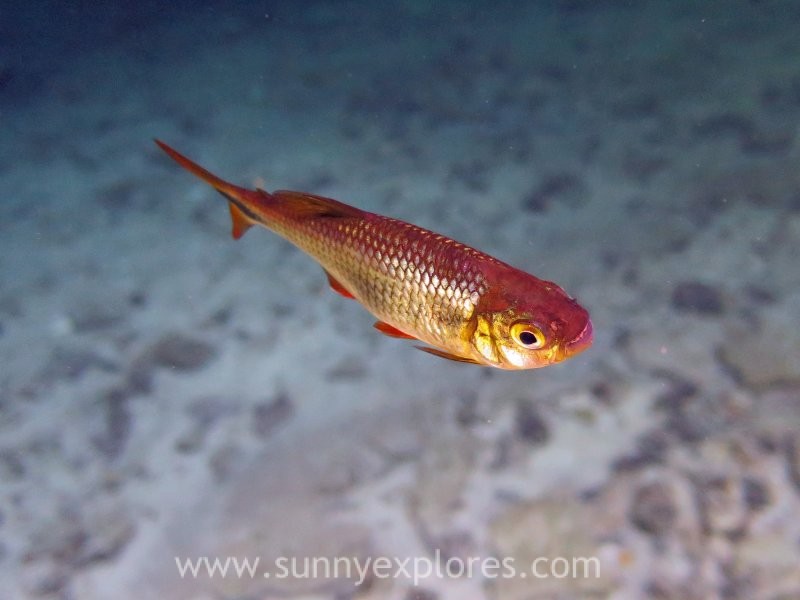 Cenote Dreamgate is a dark dive: the only light comes from your torch. But that creates a stunning effect. When you start both trails and you look back at the entrance of the cave you are stunned by the silhouette of the stalactites and stalagmites against a bright blue background. The stalactites look like the teeth of a ferocious animal or the border of the underworld that swallowed you. 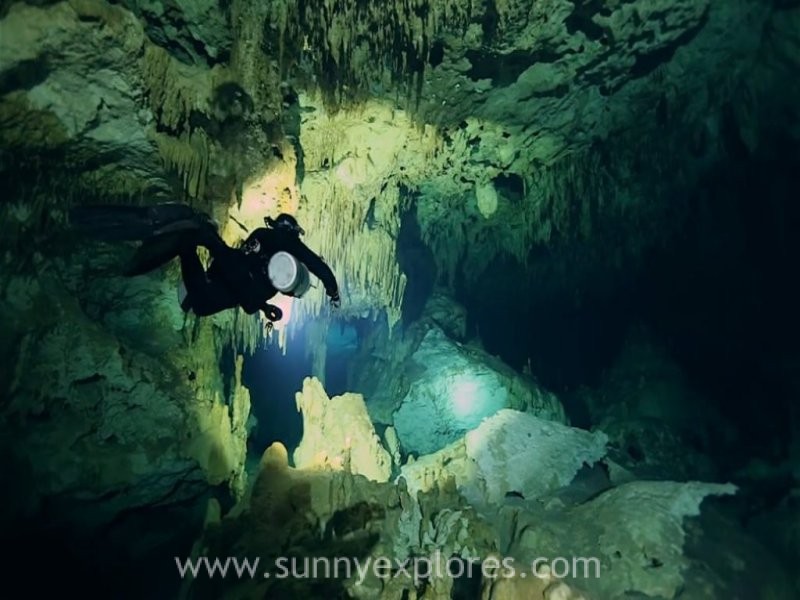 This cenote was the location for much of the underwater footage used in the BBC Planet Earth Documentary Series ‘Caves’ episode. Also the BBC Natural World Documentary ‘Secrets of the Maya Underworld’ was filmed here. I think Cenote Dreamgate is one of the best cenote dives: it’s an amazing journey though an incredible underground underwater world. 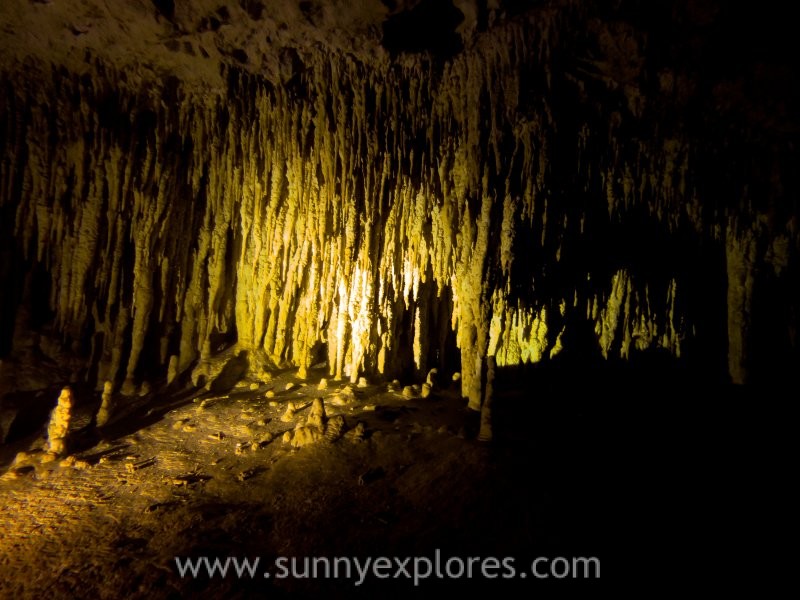 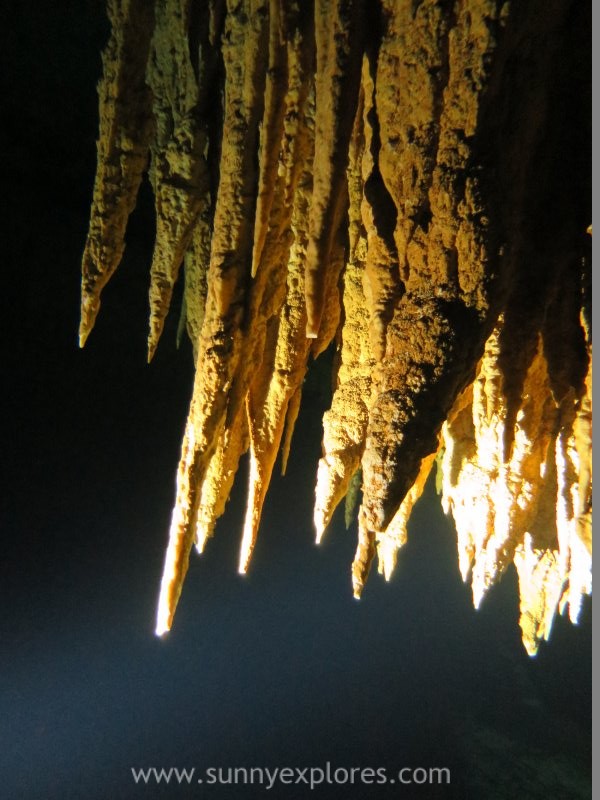 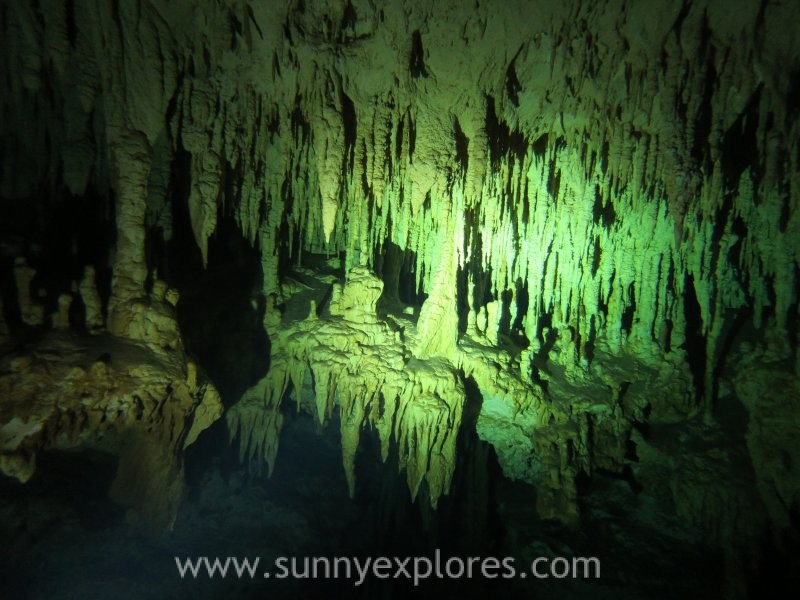 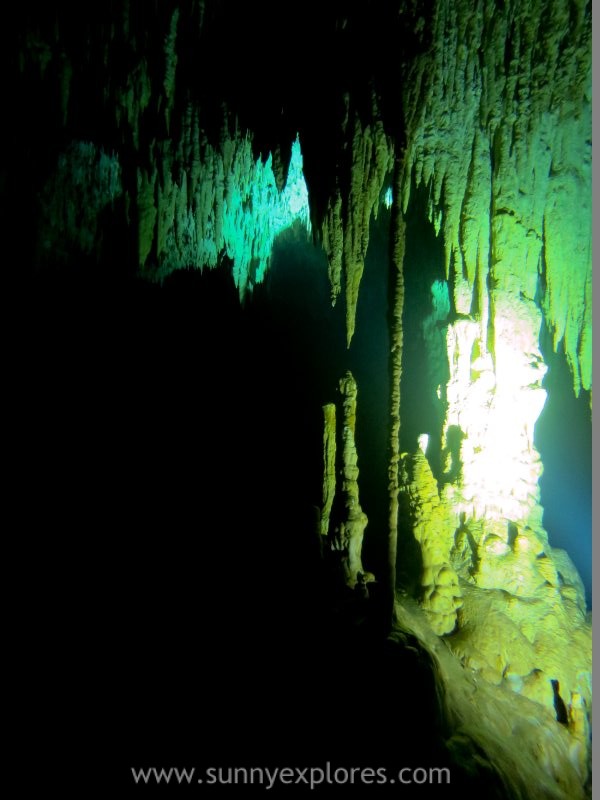 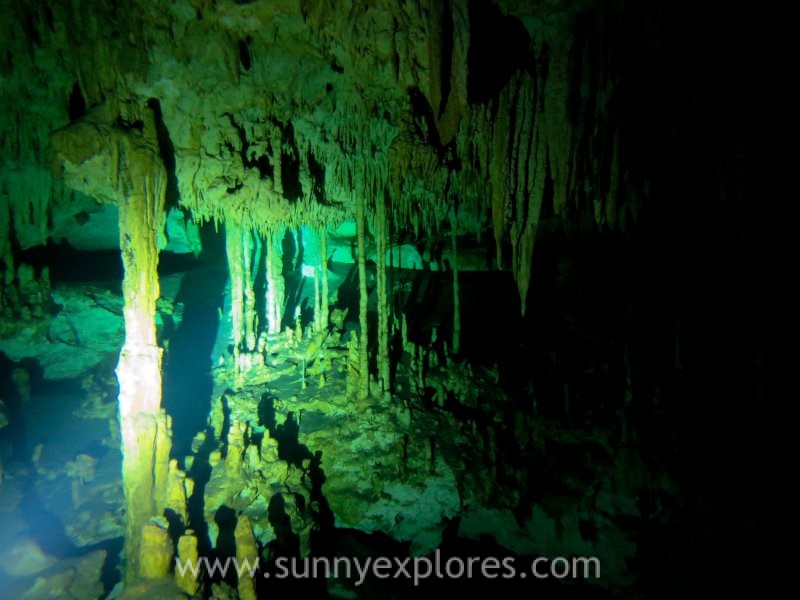