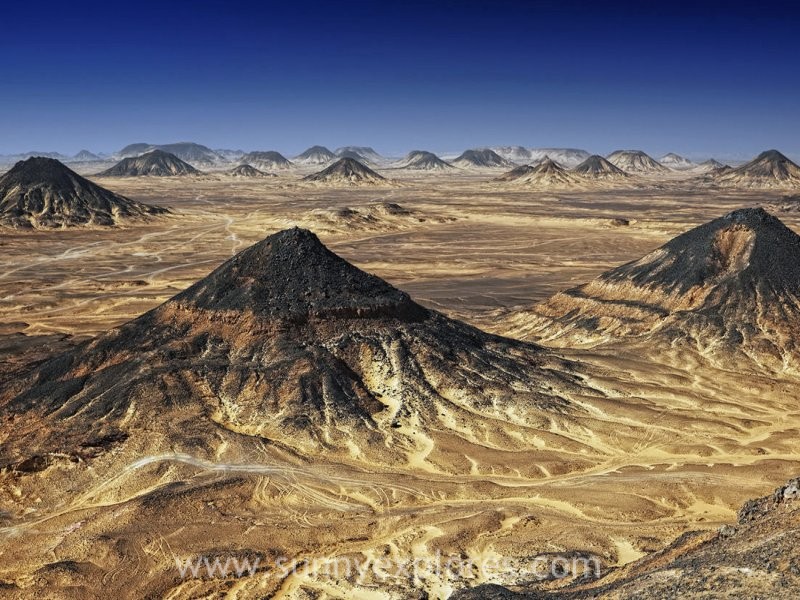 The Bahariya Oasis lies aproximately 370 kilometers from Egypt’s capital Cairo. The desert road to Bahariya begins at the Giza Pyramids and offers you a great view on the pyramids. The name Bahariya might come from the word ‘bahr’, which means ‘sea’ in the Arabic language. Bahariya Oasis was once an important transit point for the Caravan tracks and the Nile Valley. 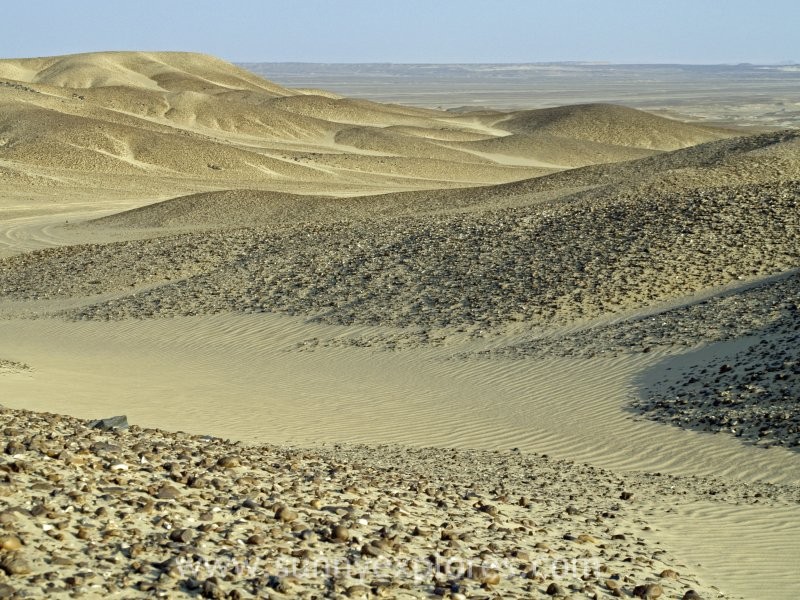 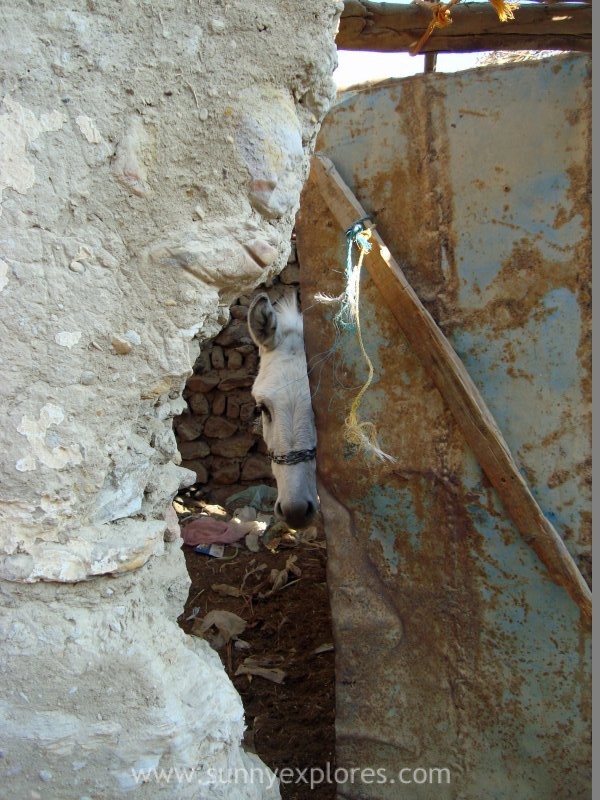 Bawiti is the largest city of the Bahariya Oasis and is a good point to start exploring the Bahariya Depression. Bahariya is most famous due to the Valley of the Golden Mummies, which is located 6 kilometers southwest of Bawiti. The necropolis was the most important burial site of the Romans in Egypt and it contains hunderds of tombs over an area of 36 square kilometers. The mummies had golden masks covering their faces. The eyes were painted on the death mask to make the face look more alive. A few mummies are displayed at the Antiquities Headquartes and Museum. The qualification ‘museum’ is too much for the small building, but the mummies and the guilded coffins are worth a visit. 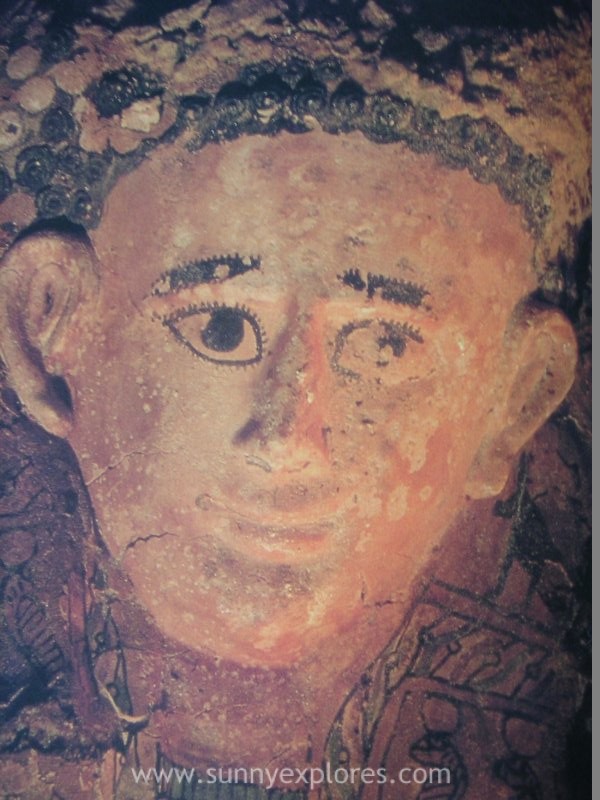 Next stop must be Qasr Selim, a small hill with two richly decorated tombs dated from the 26th dynasty. The tombs belong to Zed-Amun-f-Ankh, a rich merchant and his son Bannentui. Both tombs have rich colorful decorations. 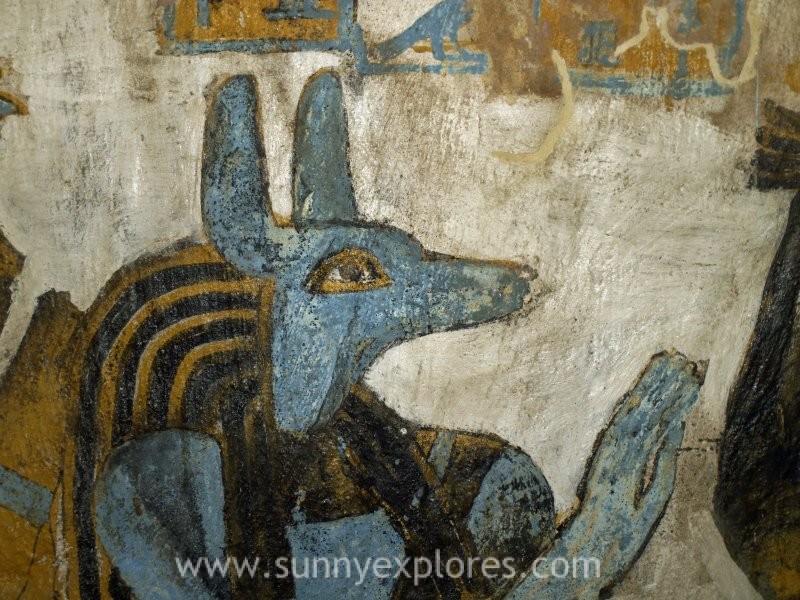 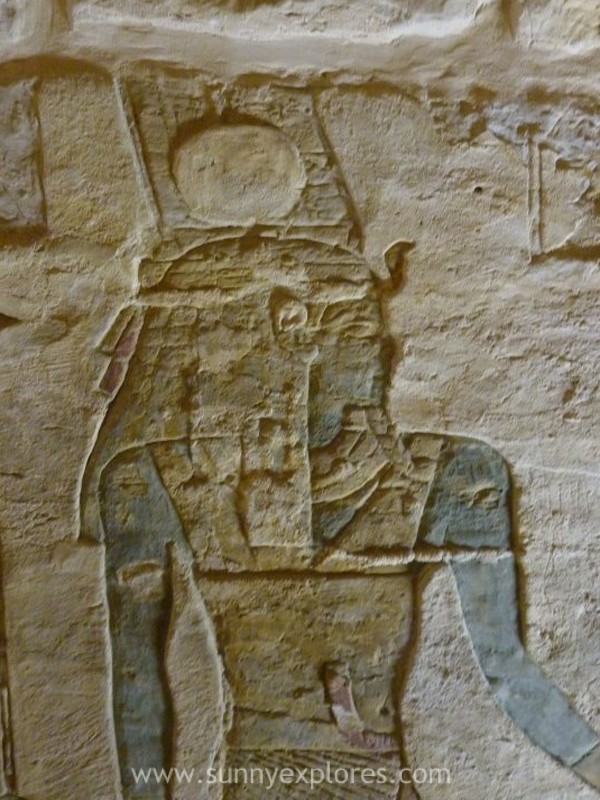 This archaeological site contains four chapels from the 26th dynasty, the last native dynasty to rule Egypt before the Persian conquest in 525 BC. The chapels belong to a temple complex built during the rule of pharaoh Amasis. Especially the first chapel is has beautiful, well preservered reliefs from pharaoh Amasis offering to the gods.

Temple of Alexander the Great 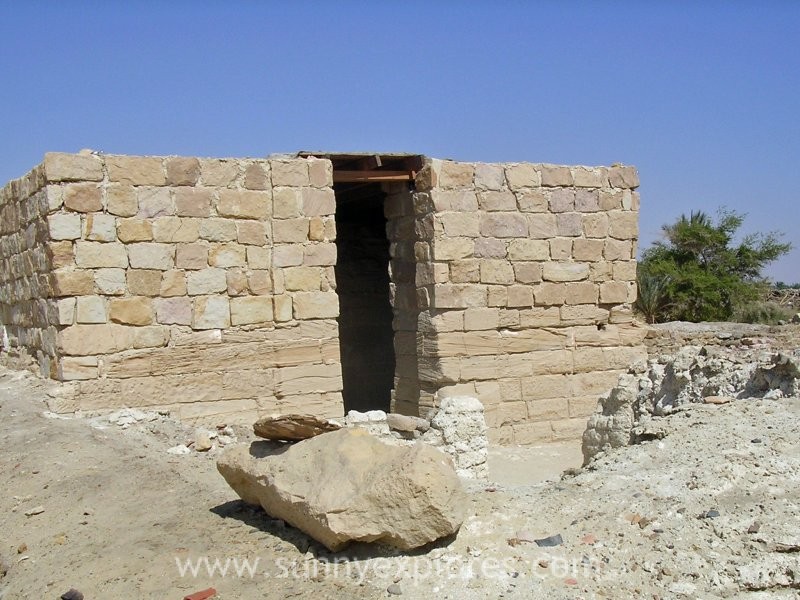 From the outside the Temple of Alexander the Great, located in Qasr el-Miqisba (‘Ain et-Tibniya), doesn’t look worth a visit. But this small, two-chamber temple is of great significance. It is the only place in Egypt where Alexander the Great’s effigy and cartouche have been found. A quite puzzeling fact since there is no evidence that Alexander the Great ever visit the Bahariya Depression. 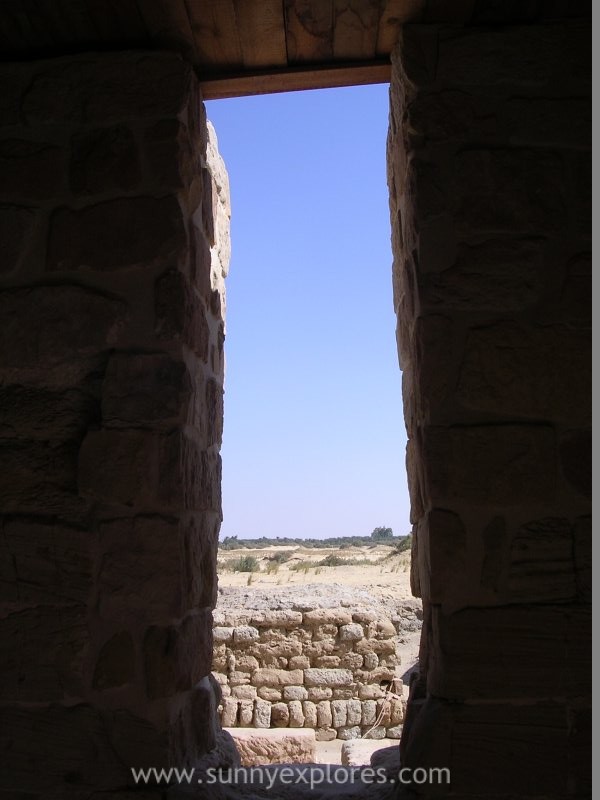 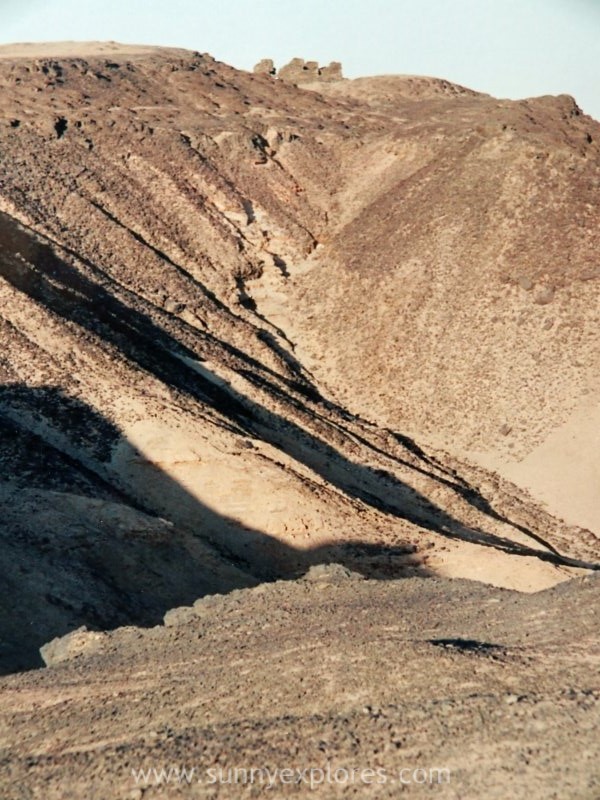 Gebel Inglez or the English Mountain is easy to climb and offers a great view over the oasis. You will find ruins from a First World War lookout post on the top of the mountain. Gebel Inglez is a great place to watch a desert sunset. 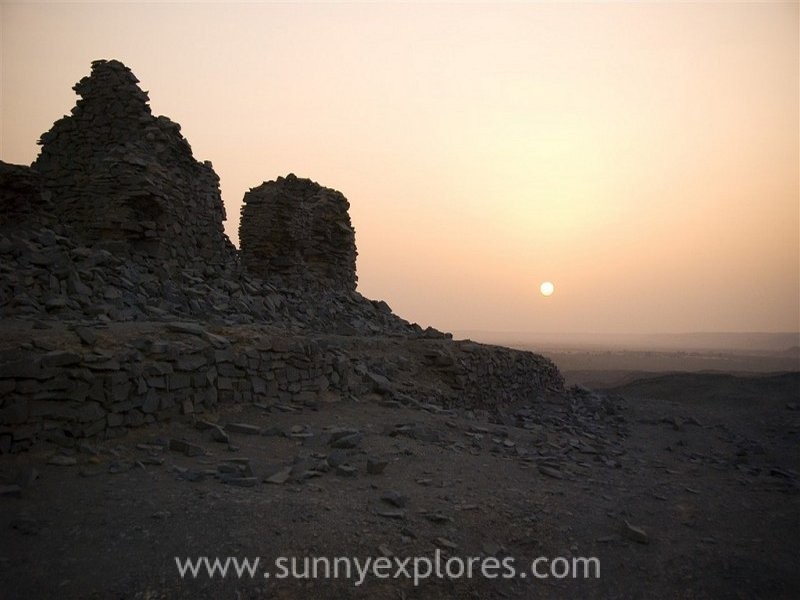 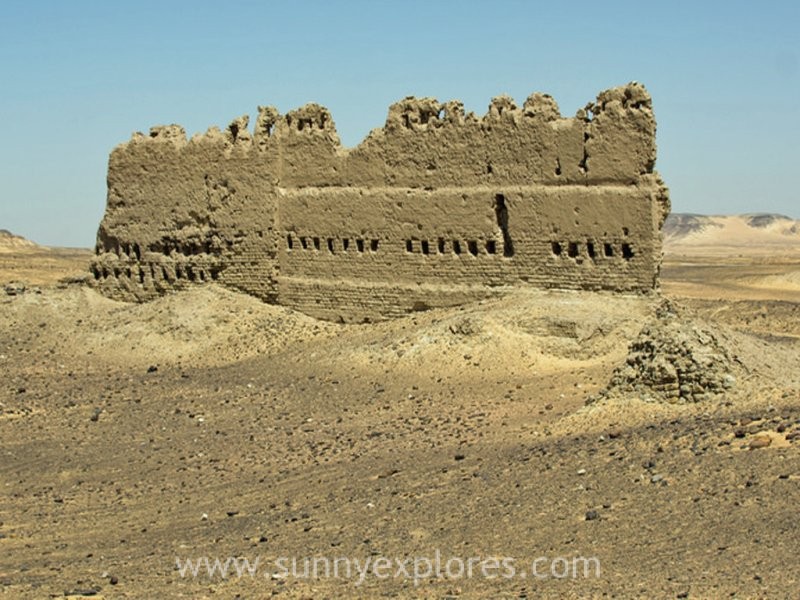 Al-Hayz is the name for a collection of prehistoric settlements. Probably you have to be an archeologist or historian like myself to appreciate the ruins of this archaeological site. Still there is quite something to see. Most interesting is the Church of Saint George, which is even one of the most important monuments in the Western Desert. This Christian church was built between the 4th and 5th century. Among the Al-Hayz ruins you can aslo find Deir al-Ras, a monastry and a Roman fortress named Qasr Masuda. 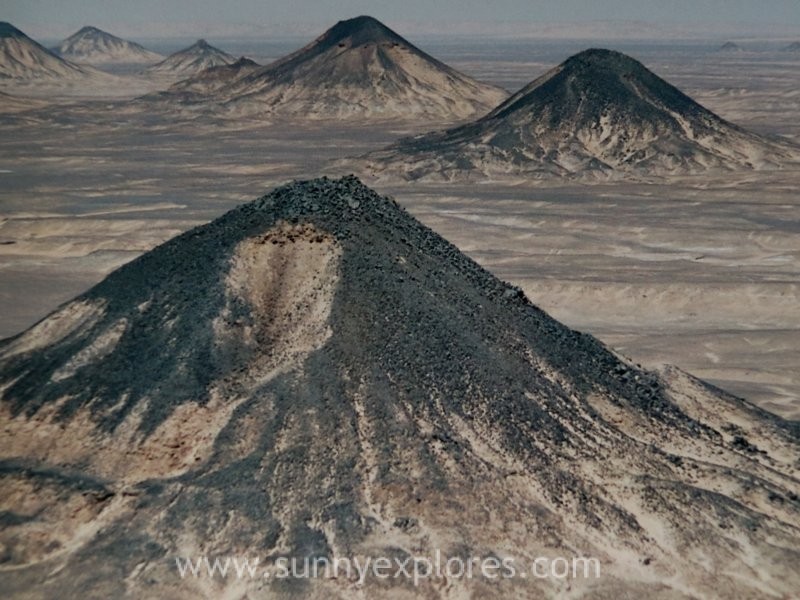 The Sahara Suda, or the Black Desert is the main reason you should visit the Bahariya Oasis. The desert landscape is amazing. Yellow sand is covered with black stones and black topped mountains line up against the horizon as far as you can see. Hire a 4-wheel with a skilled driver and discover this magical world. 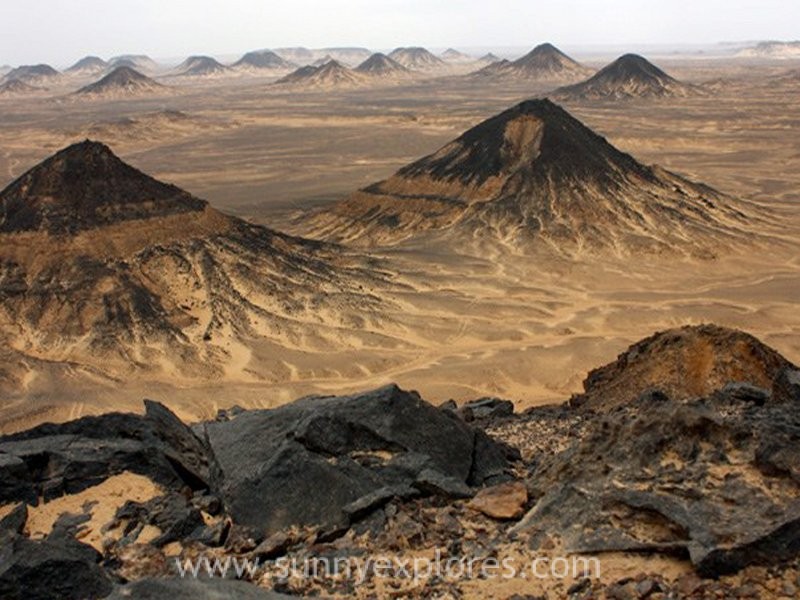 Off-road safaris to the oases Bahariya, Farafra, Dakhla and Kharga as I describe them in my travelblogs are not mainstream. It’s important to prepare your travels well and make sure you have an experienced and desert skilled driver. I’ve done several desert expeditions with Aref Ahmed Abd el Ghany, owner of Adventure Safari. Every expedition I had a long list of almost untraceable archaeological sites I wished to visit. And everytime he succeeded in finding them, eventhough it took us days of driving around and camping in the stunning Egyptian desert. Every desert safari I made memories that will last a lifetimelife! 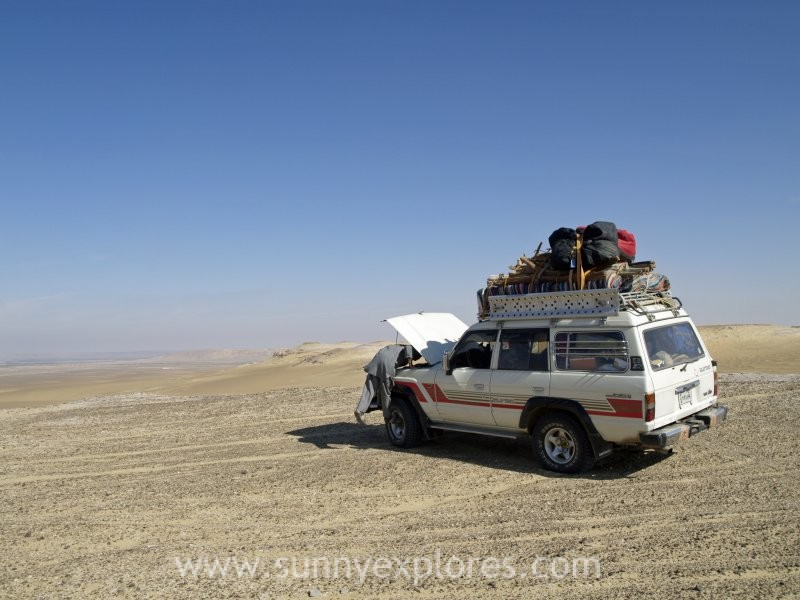