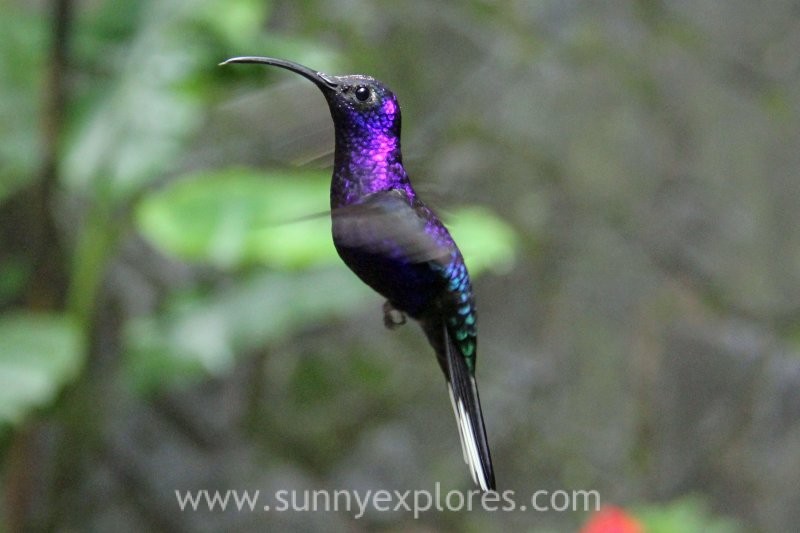 Costa Rica is known for it’s impressive nature. We watched huge turtles laying their eggs on the beach, we were amazed by the large amount of butterflies in all colors you can imagen and we even found a sloth. But most impressive were the brightly colored hummingbirds. These little creatures are amazing. They sound like helicopters as they rush past. And they are just beautiful, in all colors and all seizes. There are more than 325 species of hummingbirds, which are found in North, Central and South America as well as throughout the Caribbean. There are no hummingbirds in Europe, Africa, Asia, Australia or Antarctica. The smallest bird in the world is the bee hummingbird, wich is only around 5 centimeters small and weighs 1,6 till 2 grams. A hummingbird’s wings beat between 50 and 200 flaps per second depending on the direction of their flight, the purpose of their flight and the air conditions. These were the facts I knew when I traveled to Costa Rica. But after spending a few hours among these incredible creatures I wanted to know more about them. The more I research hummingbirds the more they fascinate me. 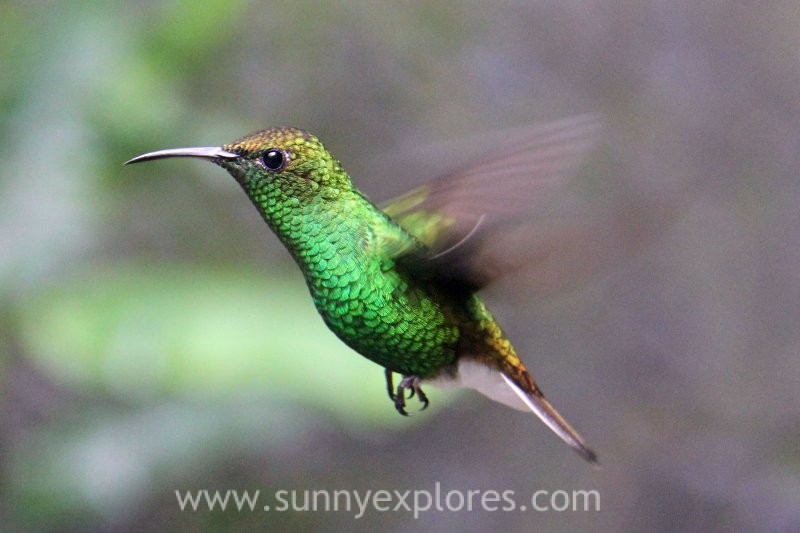 Here are 12 fascinating facts about hummingbirds. 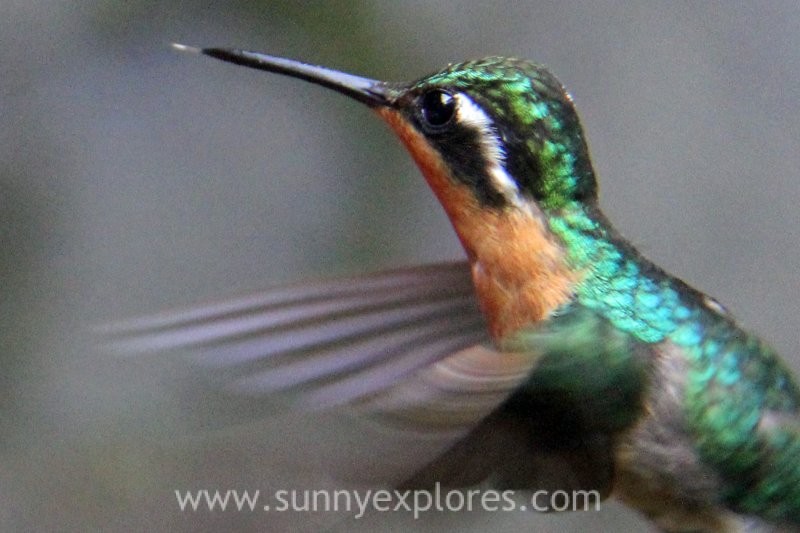 Hummingbirds can’t walk or hop. They have evolved smaller feet to be lighter for more effecient flying. 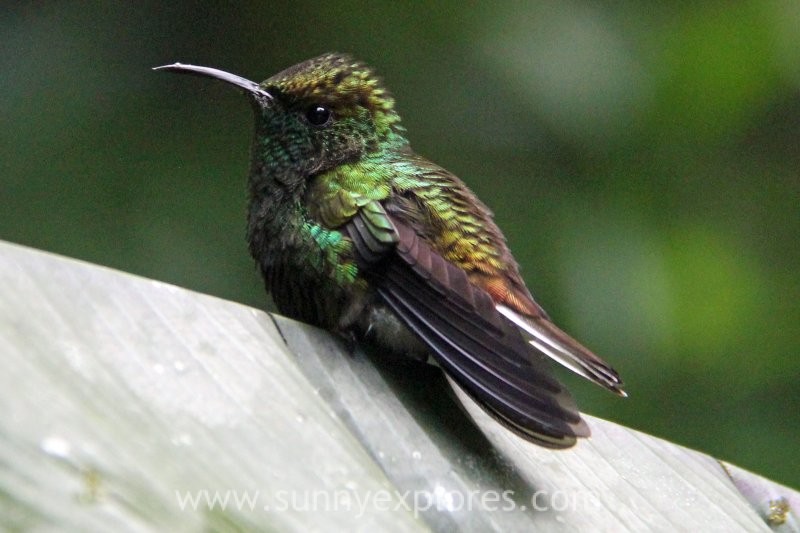 Hummingbirds lay the smallest eggs of all birds. Their eggs measure a bit more than 1 centimeter, but it’s as much as 10 percent of the mother’s weight at the time the eggs are laid.

A hummingbird have to eat a lot! It has to consume approximately half of its weight in sugar daily. Therefore the hummingbird feeds 5 till 8 times per hour. They eat mainly nectar, but also small insects and spiders. 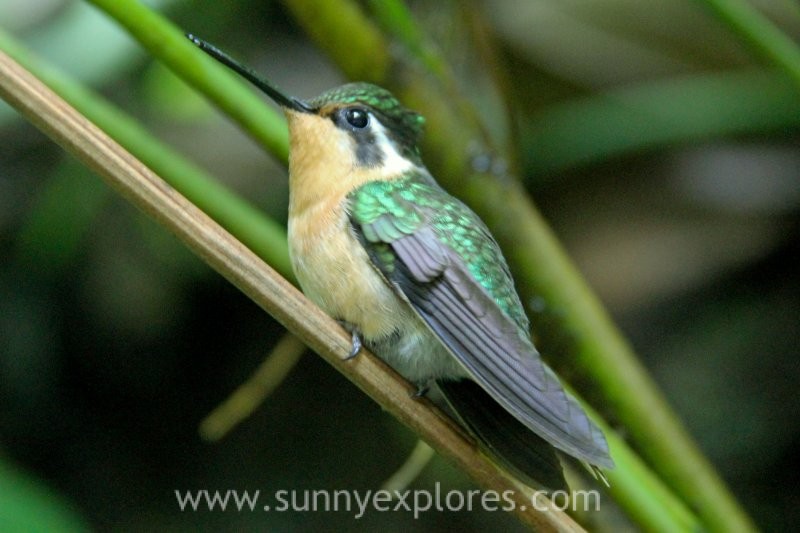 Hummingbirds do not suck nectar through their long bills, they lick it with their forked tongues. Capillary action along the fringe of their tongue helps draw nectar up into their throats so they can swallow. 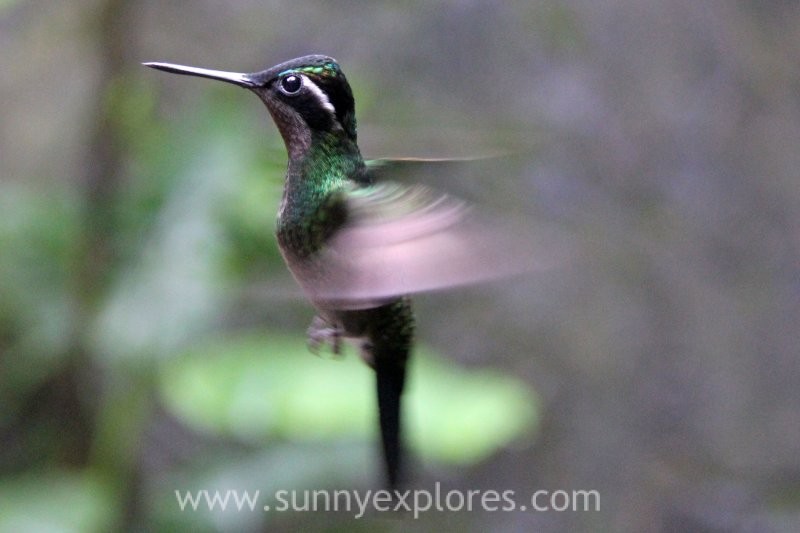 At rest, a hummingbird takes around 250 breaths per minute. Their breathing pace will increase when they are in flight.

Hummingbirds have no sense of smell. 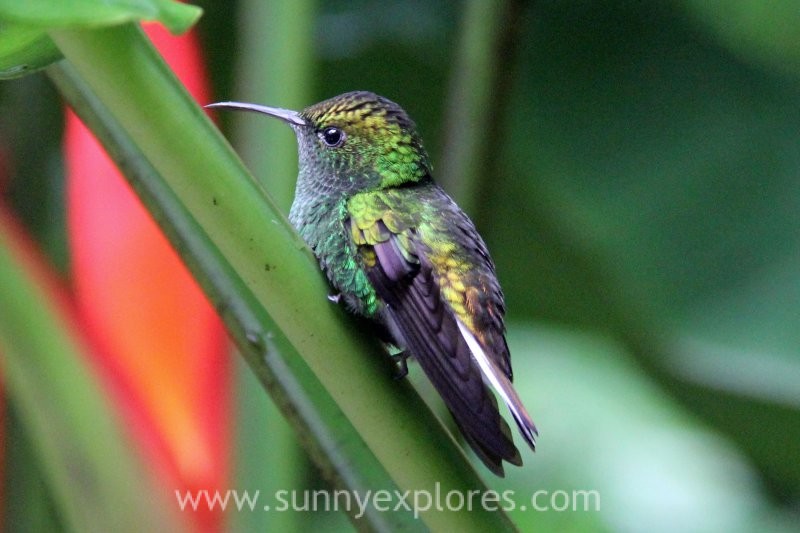 Hummingbirds are small, but they think big. They will not hesitate to attack crows or even hawks that infringe on their territory. 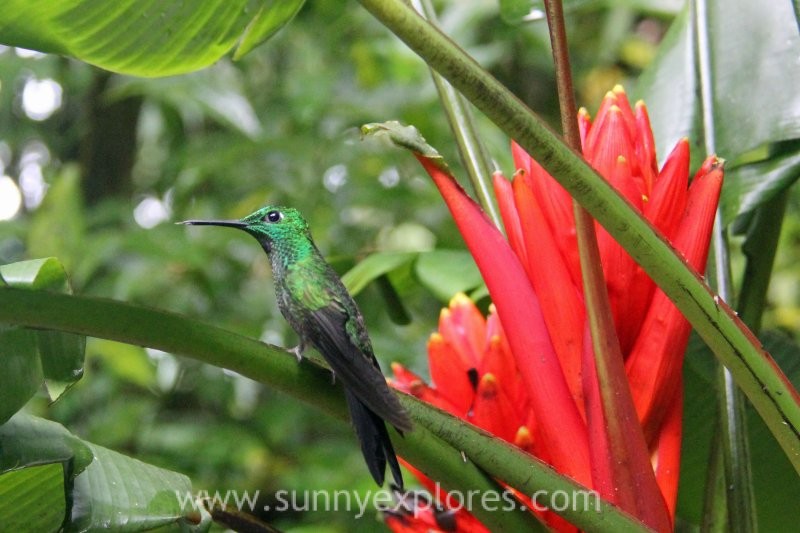 A hummingbird’s brilliant throat color is not caused by feather pigmentation, but by iridescence in the arrangement of the feathers. I was stunned that the same bird can have a totally different throat color when you look at it from a different angle. So I did some resarch: light, moisture and angle of viewing all influence just how bright and colorful the throat may appear. 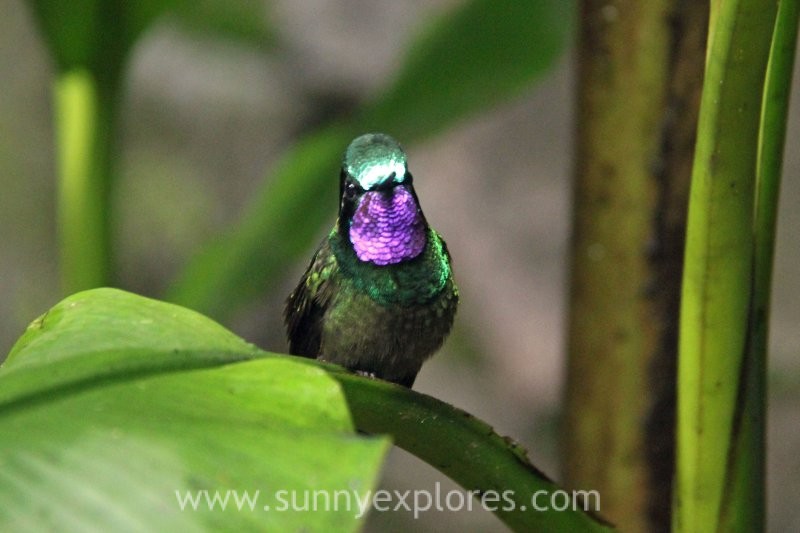 Depending on the species, habitat conditions, predators and other factors, the average lifespan of a wild hummingbird is 3-12 years. 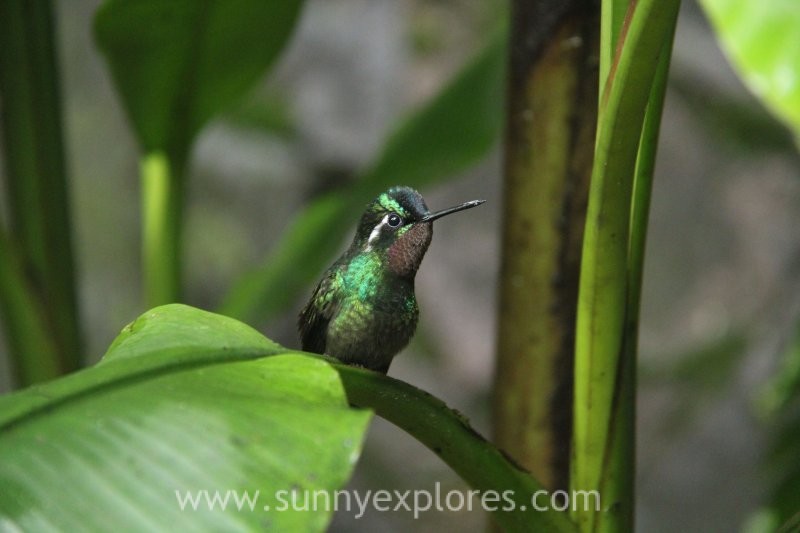 Feel free is to add some interesting hummingbird facts to this list. 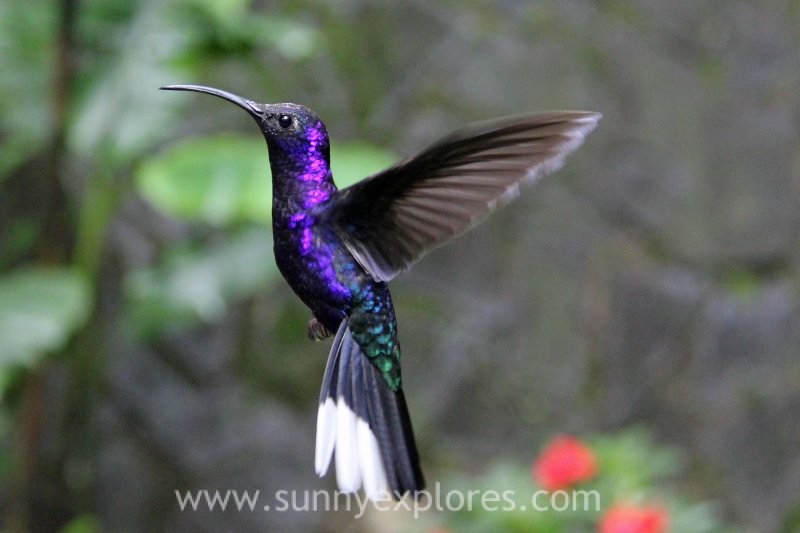