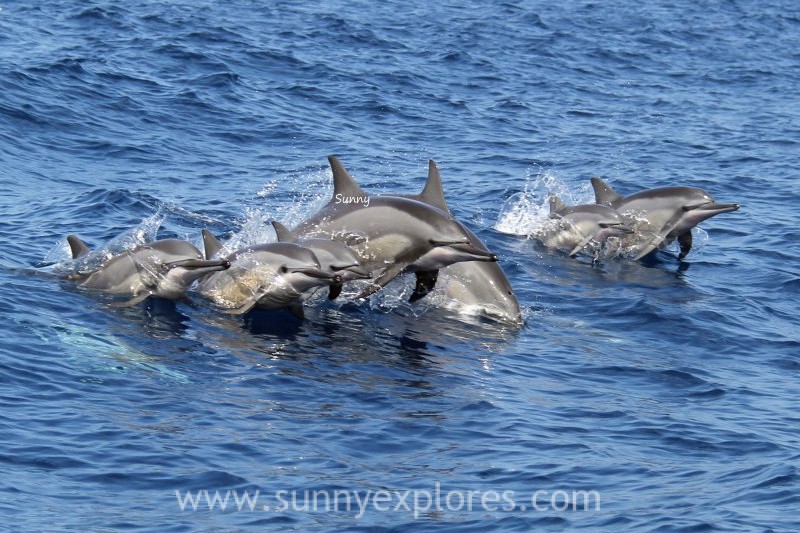 Hawaii is the only U.S. state located in Oceania and the only one composed entirely of islands. The island Hawaii, also named The Big Island, is the largest of the 137 atolls and volcanic islands in the middle of the Pacific Ocean. For many people it’s a dream destination. Here five things not to miss when you are visiting The Big Island:

Volcanos have created the Hawaiian Island chain. Kilauea and Mauna Loa, two of the world’s most active volcanoes, are still adding to the island of Hawaii. Here you see, smell and feel the steam vents. My advice: take a hike down into the Kilauea Crater. The trail goes through a rainforest and crosses lavafields. On the crater floor you can see cracks in the earth caused by eruptions. Put your hand on one of those cracks and feel the earth vibrating. You are walking on sacred ground now since the Godess Pele lives here. In the Hawaiian religion Pele is the goddess of fire, lightning, wind and volcanoes and the creator of the Hawaiian Islands. Pele shows you if you are welcome in her firehouse; then you will see a beautiful rainbow. It’s worth spending time here till after sunset. In the dark you can see the steam is actually fire! 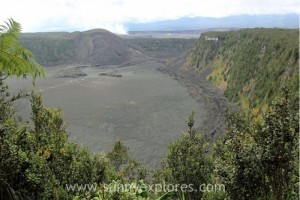 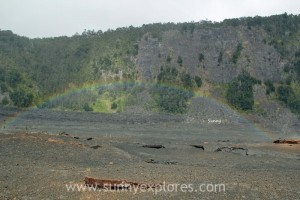 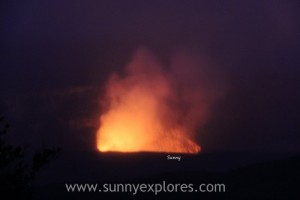 If your broke the kapu, the sacred laws, in Ancient Hawaii, your punishment was death. Your only chance of survival was to reach the Pu’uhonua, the Place of Refuge. The Pu’uhonua protected the kapu breaker en defeated warriors. Here, at the Place of Refuge, everyone was safe. And some how you still feel the energy of protection here. You enter via the Royal Grounds where the warriors lived. The temple was build in 1650 and contains the bones of 23 chiefs. The chiefs mana (Hawaiian for spirit) still bestowe sancity on those who enter the grounds. The Great Wall seperates the royal grounds from the Pu’uhonua, the Place of Refuge. After visiting this scared place it’s great to go snorkling in Two Step wich lies next to Pu’uhonau-Honaunau. I met my first Hawaiian Honu (turtle) here. 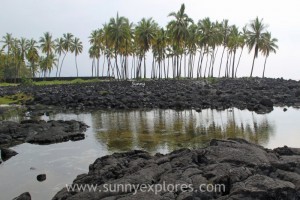 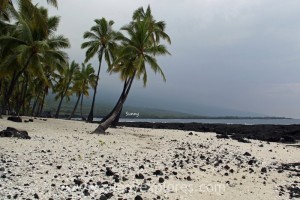 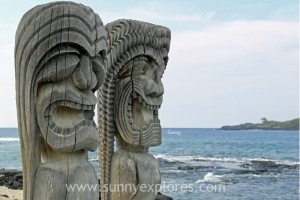 I just love Turtle Beach. It’s a beautiful, peaceful beach close to Kona. At first glance it’s a beach full of rocks. When you look closer it’s a beach full of turtles. I ended most of my days here. Just sitting quietly after a day full of discoveries, getting into the relaxing turtle flow and watching sunset. What else can one wish for? 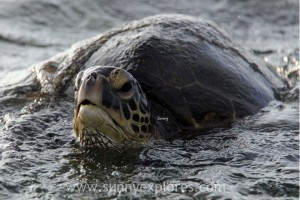 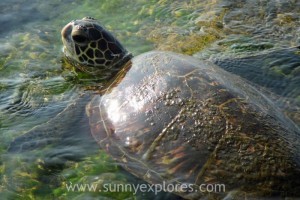 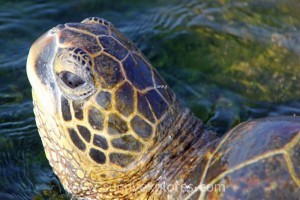 The valley forms a deep cut in the side of Kohala Mountain, and is traversed by the Pololū stream. Stunning, quiet and peaceful. I hiked here for hours without seeing a soul. Only an Io, a Hawaiian hawk, accompagnied me during my hike. At the mouth of the valley lies a black sand beach. Descending is spectacular because of the views. And once you are down, there is sea in front of you and ironwood forest behind you. The current is strong here and waves are huge, so don’t get tempted to go in for swim. 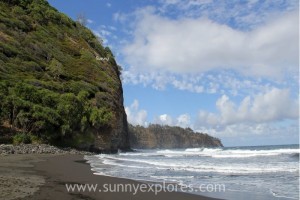 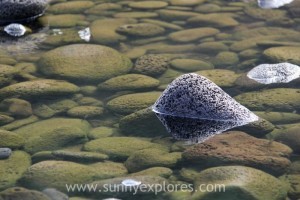 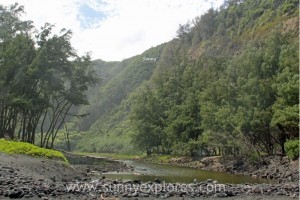 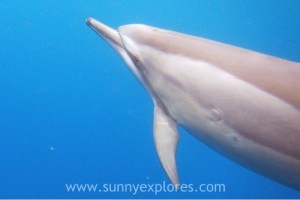 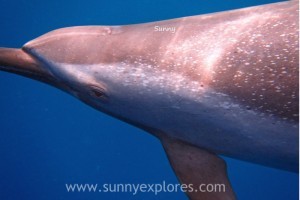 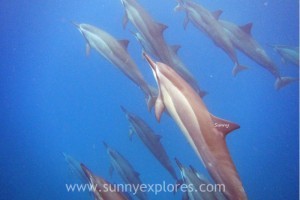 Hawaii has various bays where you can meet wild dolphins. I had my best dolphinswim my last day on this magical island: it was just me in the water with 3 large pods of spinner dolphins coming together. I was surrounded by more than 200 dolphins. And the best thing was: in one swim I had incredible encounters with spinner dolphins, spotted dolphins and bottlenoses. Above water was just as amazing as under water. Happy dolphins were surfing the bow of our boat and performing amazing jumps. What an amazing way to end a stay in Hawaii. 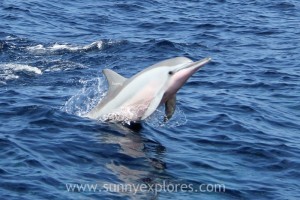 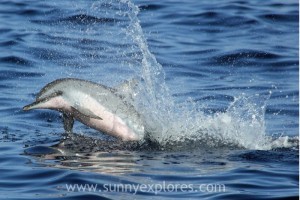 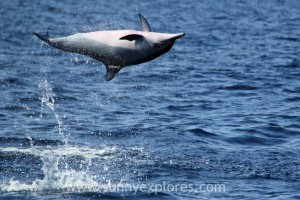