10 places not to miss in Petra Jordan 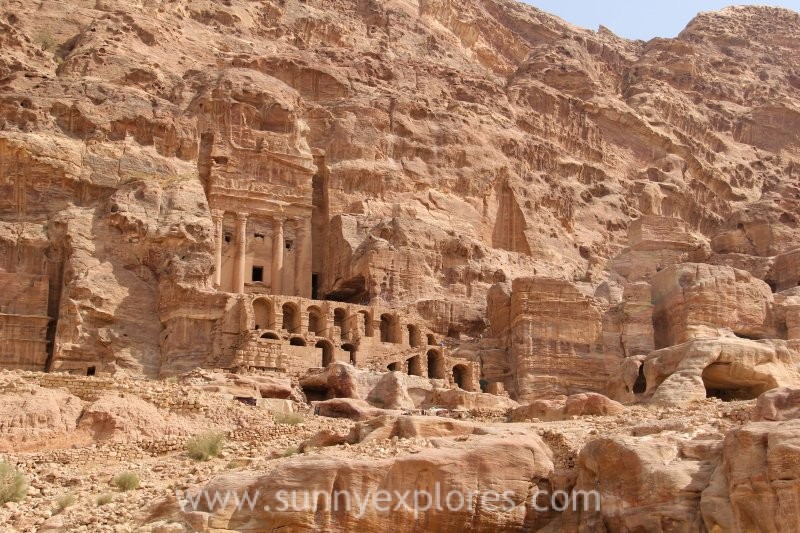 We’ve all seen the world famous images of Petra in Jordan: the view on Al Khazna, the Treasury, from the Siq. This sight is truely unforgettable. But Petra offers so much more! I spend two whole days wandering around and exploring the site. I hiked for hours and climbed four mountains, still I didn’t see everything.

The city of Petra, the capital of the Nabataean Arabs, is one of the most famous archaeological sites in the world. It’s unknown when Petra was built, but the city began to prosper as the capital of the Nabataean Empire from the 1st century BC. The Nabateans grew rich through trade in frankincense, myrrh, and spices. Petra was annexed to the Roman Empire, but continued to thrive until 363 AD when an earthquake destroyed a large part of the city. The earthquake combined with changes in trade routes, led to the downfall of the city which was ultimately abandoned. By the middle of the 7th century Petra was deserted and forgotten. In 1812 the Swiss explorer Johannes Burckhardt set out to ‘rediscover’ Petra. He dressed up as an Arab and convinced his Bedouin guide to take him to the lost city. Since then, tourists came to visit the remains of the hidden pink city. 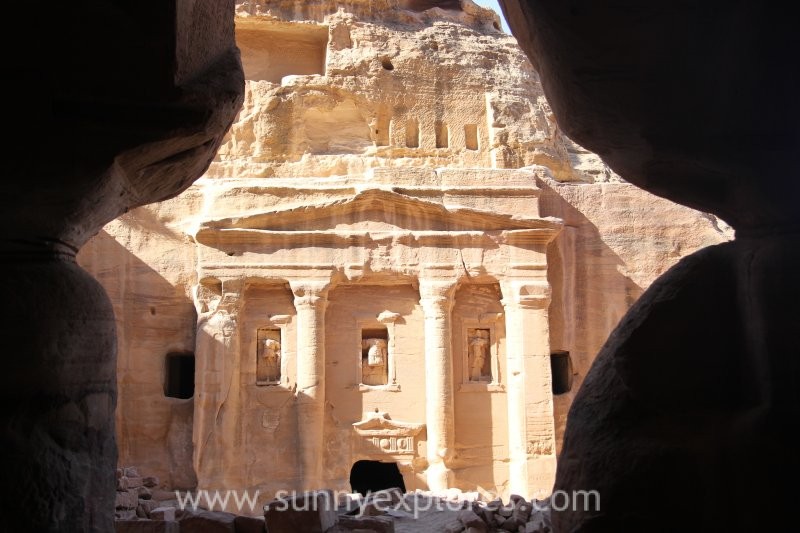 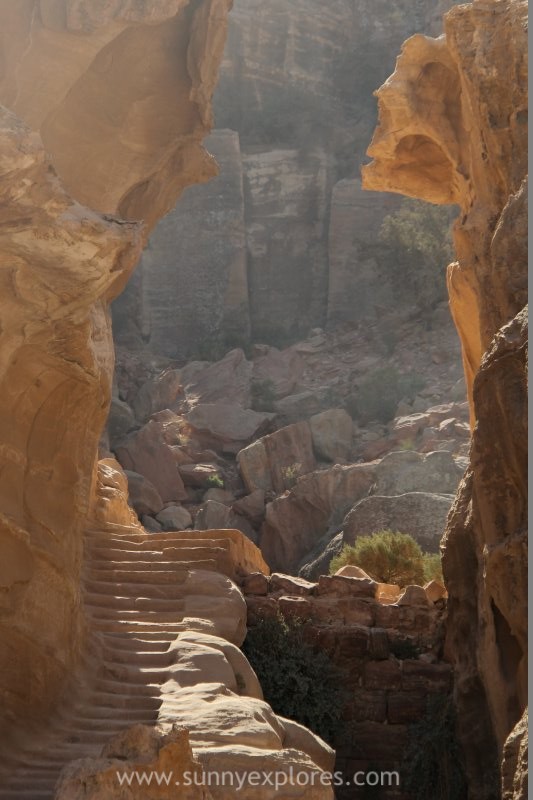 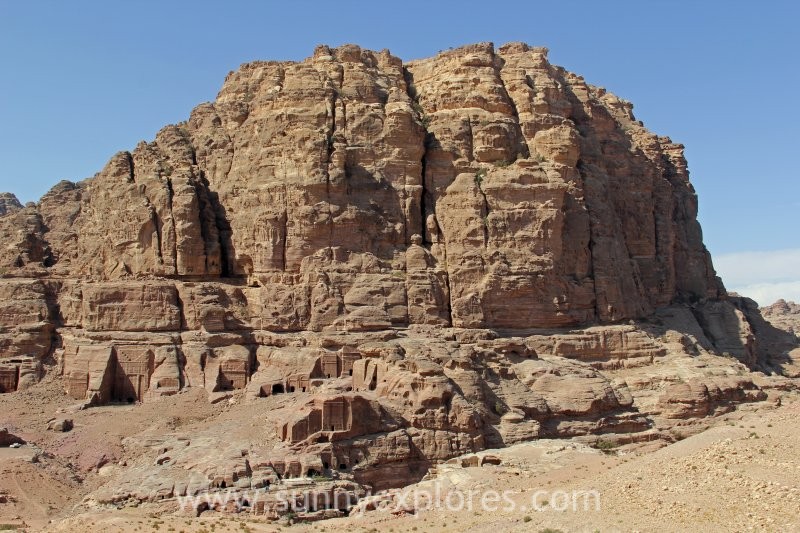 Here are 10 places in Petra you can’t miss;

The Street of Facades 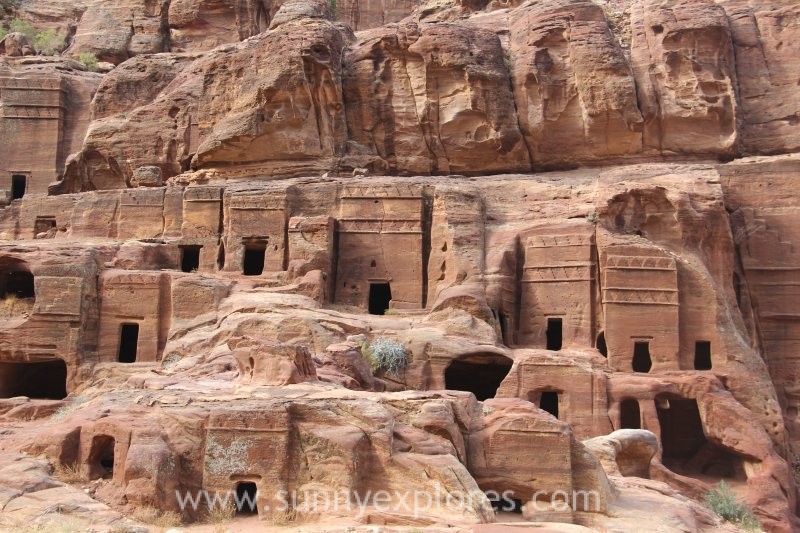 Just past the Treasury, there is a row of monumental Nabataean tombs  carved in the rocks. It’s an impressive point to start your discovery tour through  this archeological site. 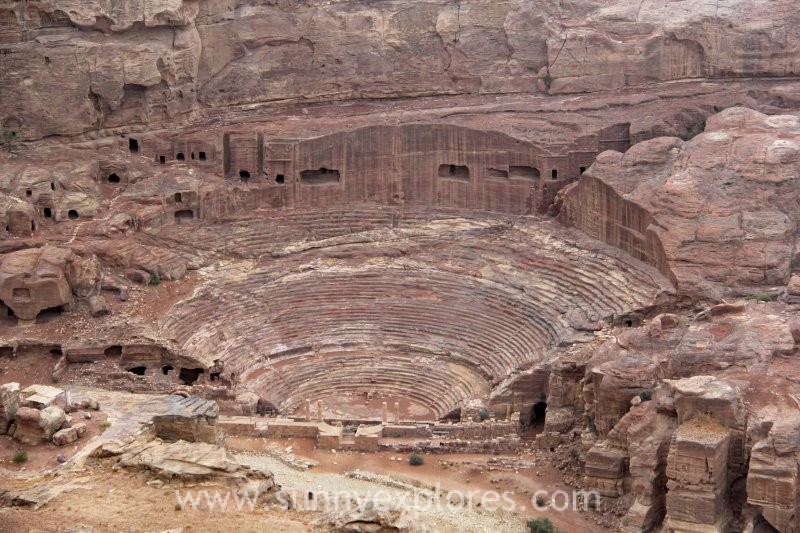 The Theatre was carved into the side of the mountain at the foot of the High Place of Sacrifice between 4 BC and 27 AD. Seven stairways ascend the auditorium that can accommodate 4000 spectators. 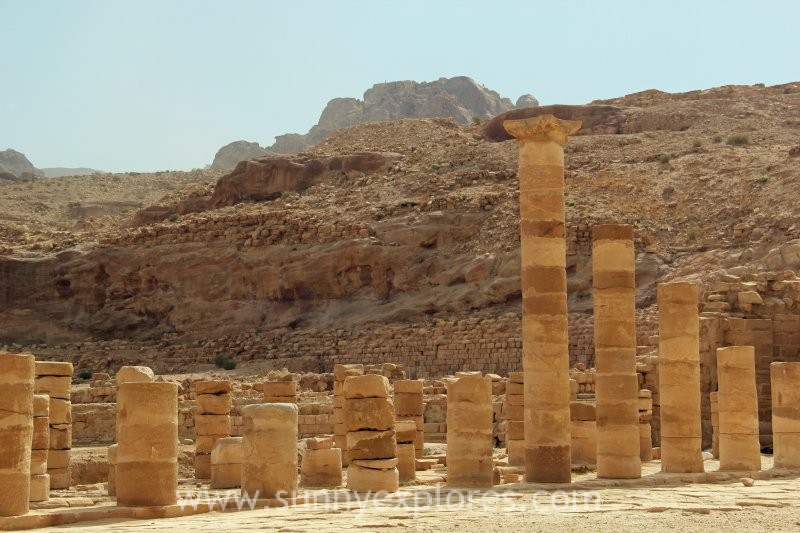 This street was one of the principal shopping streets of ancient Petra. The street was rebuilt in 106 BC with a width of 6 metres. At the end of the road lies the triple gate, which leads to the Temple of Qasr al-Bint, also a place you can’t afford to miss. 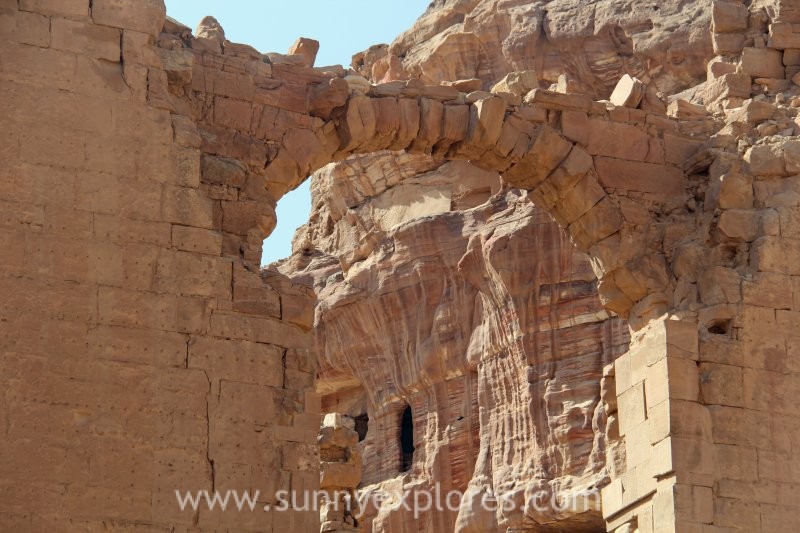 The Nabataean temple of Qasr al-Bint Far’un (the Palace of the Pharaoh’s daughter) is surrounded by a peribolos, an enclosure wall. The temple was dedicated to Dhu-Shara and his mother al-Uzza-Aphrodite. Qasr Al-Bint was remarkable for its inner and outer stucco decorations, representing ashlar courses, relief panels and vegetal scrolls. The temple was built in the second half of the first century BC and reused by the Romans in the second century AD. At the end of the third century AD the temple was destroyed by fire, before it was struck by the 363 AD earthquake. 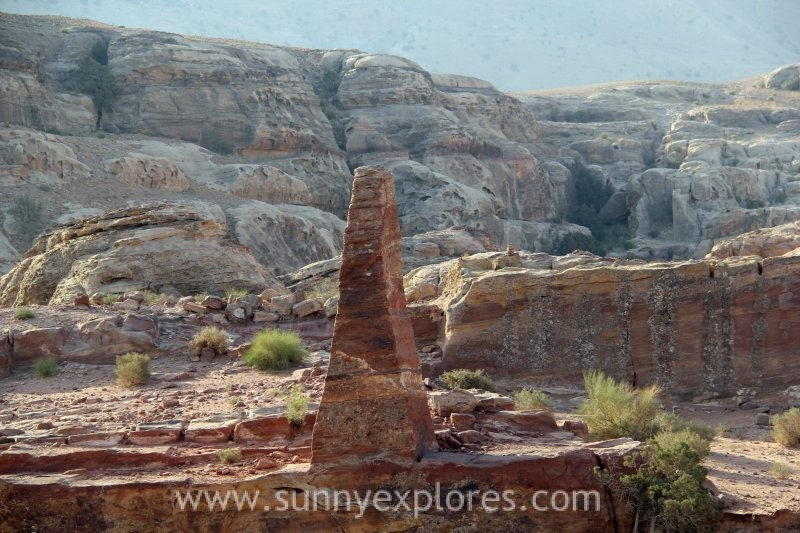 It’s quite a climb to the High Place of Sacrifice, but it’s worthwhile the effort. On the top of the mountain you’ll see two 7 metres high rock obelisks which were made by carving away the surface of the mountain to leave only these 2 protuberances. Quite a way to create an obelisk! The obelisks probably represent the 2 most important Nabataean gods, Dushara and Al-Uzza. Across the gully lies the High Place of Sacrifice, with a great view on the ancient city. 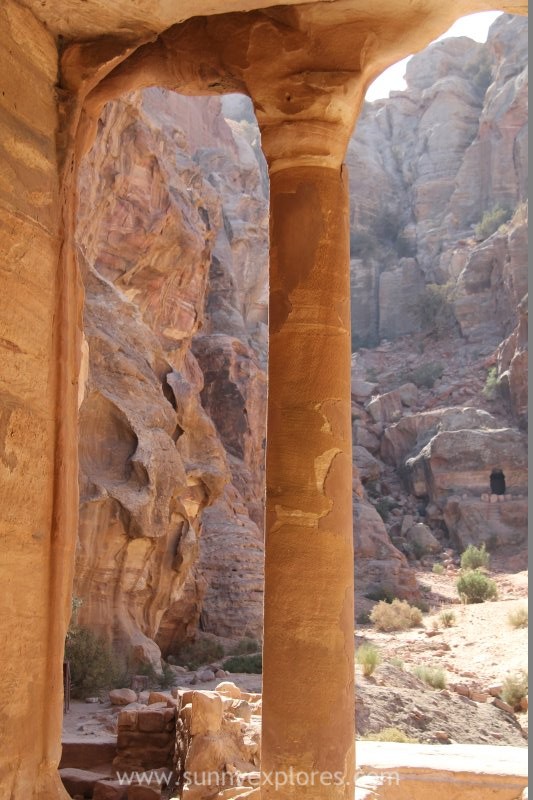 The Garden Temple is located in Wadi Farasa. The temple’s function is uncertain. Probably it was not a temple, but a part of the Nabataean water system. Next to the ‘temple’, an immense retaining wall creates a natural water reservoir. So the Garden Temple may have been used to supply the  water for  rituals, or simply to supply water to Wadi Farasa.

The Tomb of the Roman Soldier 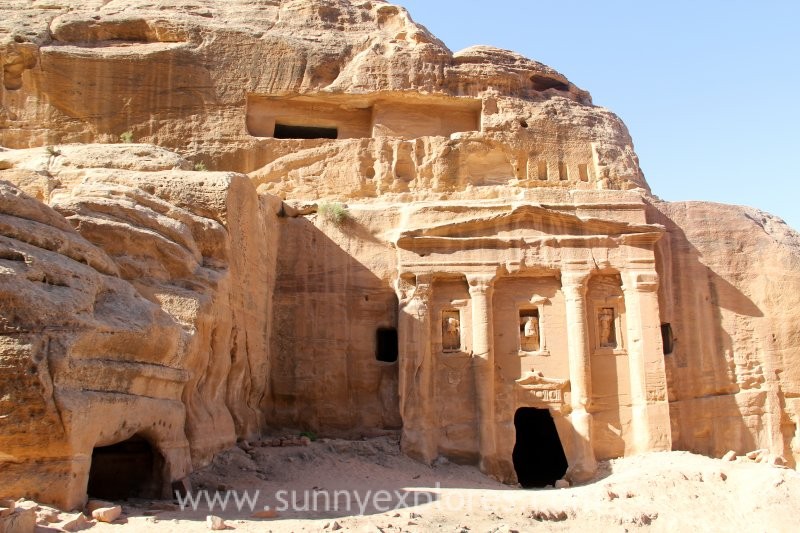 If you ask me, the Tomb of the Roman Soldier must have been more than just the tomb of a soldier since it was accessible through a large courtyard with porticos and two-story buildings on both sides and a triclinium opposite the entrance. It is decorated with pilasters and columns that frame three niches with a statue of a military officer in the central niche. This statue gave the tomb it’s name. 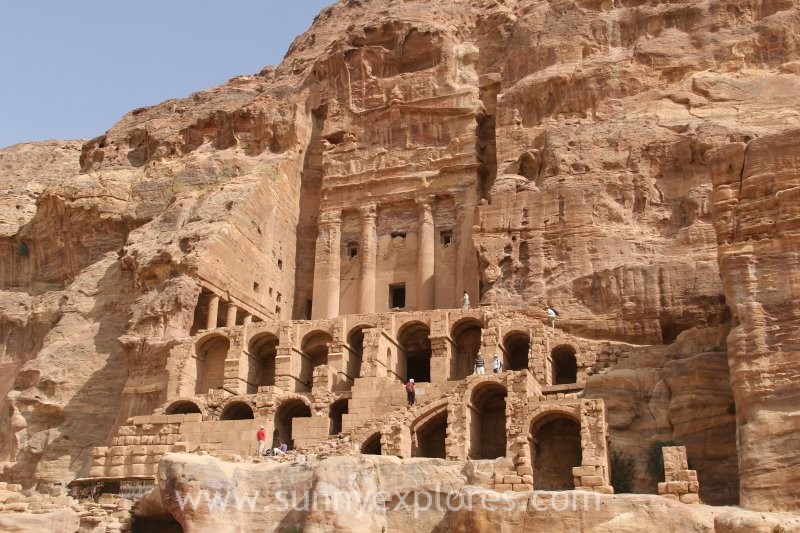 The Urn Tomb (40-75 AD) is cut deeply into a cliff. It’s also named Al Mahkama, the Court, because the local bedouin believed it to be a courthouse. This Nabataean tomb is flanked by colonnaded porticos facing Petra’s main temple, Qasr al-Bint. 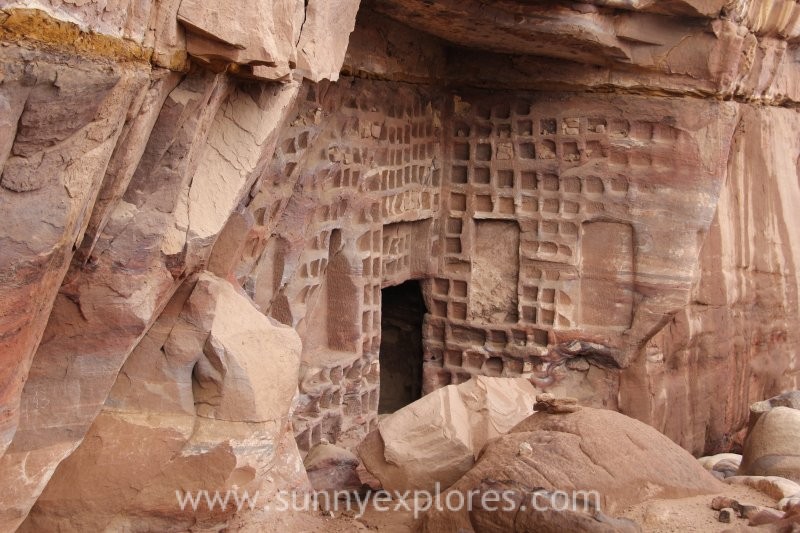 In this cave at the foot of the al-Habis mountain many niches were found. The function is not certain, but the leading theory is that the niches contained the ashes from cremated dead. 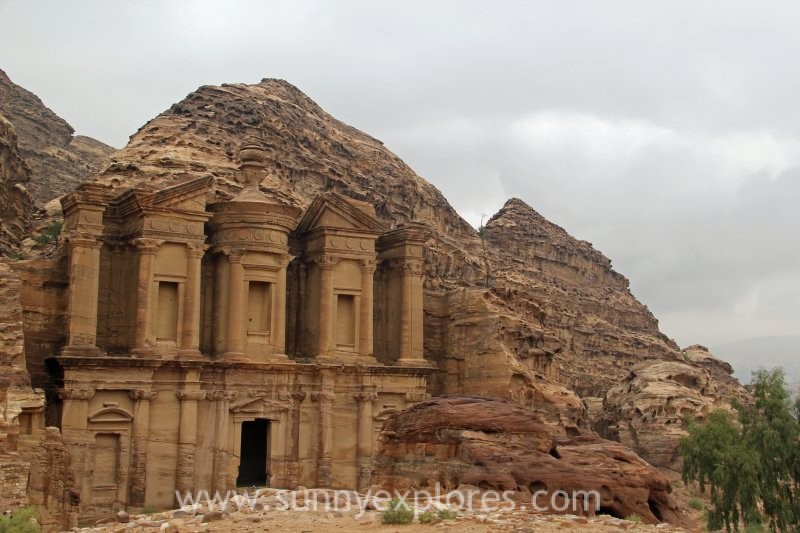 ‘El Deir’ is one of the largest monuments in Petra, measuring 47 metres wide by 48.3 metres high. It dates from the 2nd century and was built on the model of the Khazna but here the bas-reliefs are replaced by niches for sculptures. The interior has two side benches and an altar against the rear wall. It was used as a biclinium for the meetings of religious associations. The name ‘monastry’ comes from the re-use as a Christian chapel. 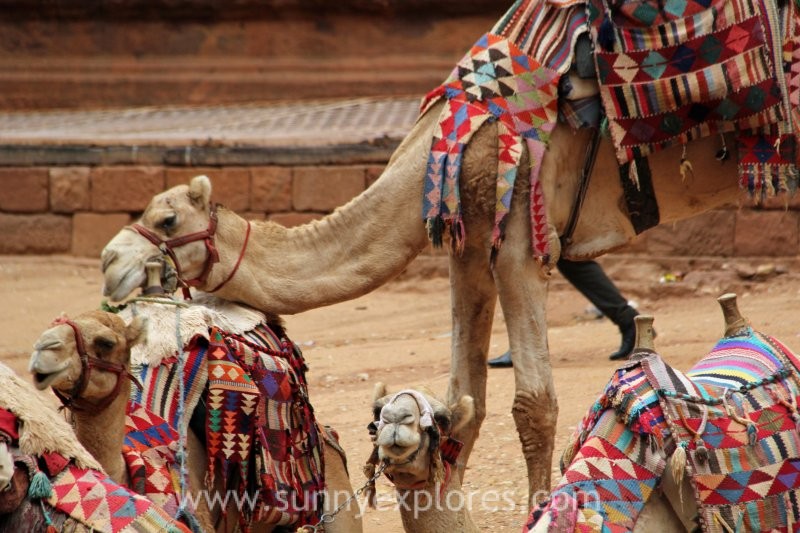 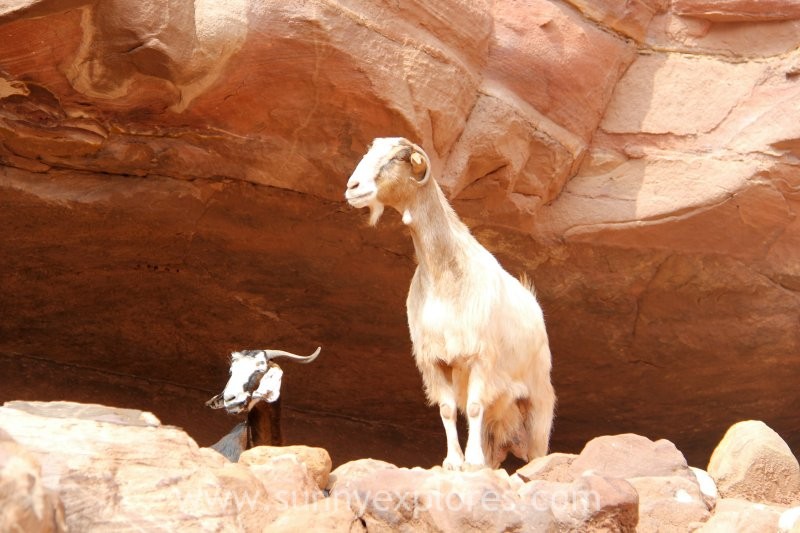 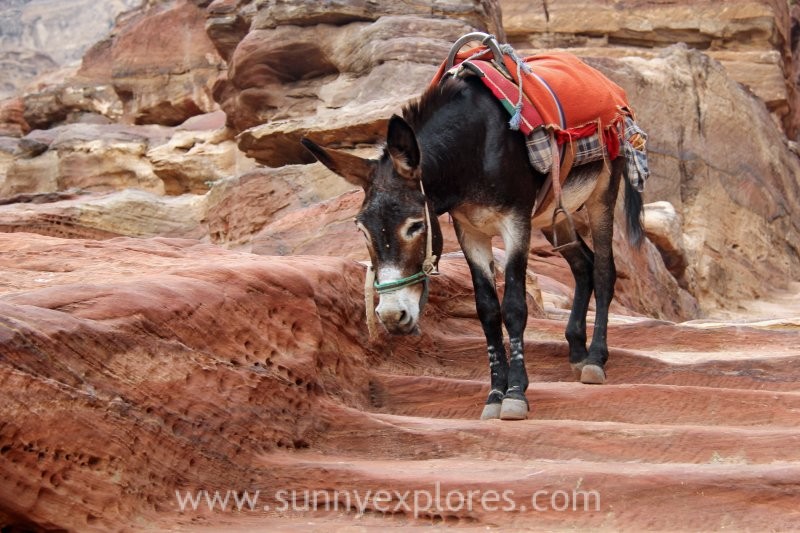 My advice is to take your time to discover Petra. Especially because the nearby Little Petra is really worth a visit too. I have found a perfect place to start your trips: Petra Bed and Breakfast. When you arrive at the B&B soaking wet because you are overwhelmed by the first downpour of the year, the owner even puts a nice heater in your bathroom! So it’s a place to recommend!

2 thoughts on “10 places not to miss in Petra Jordan”