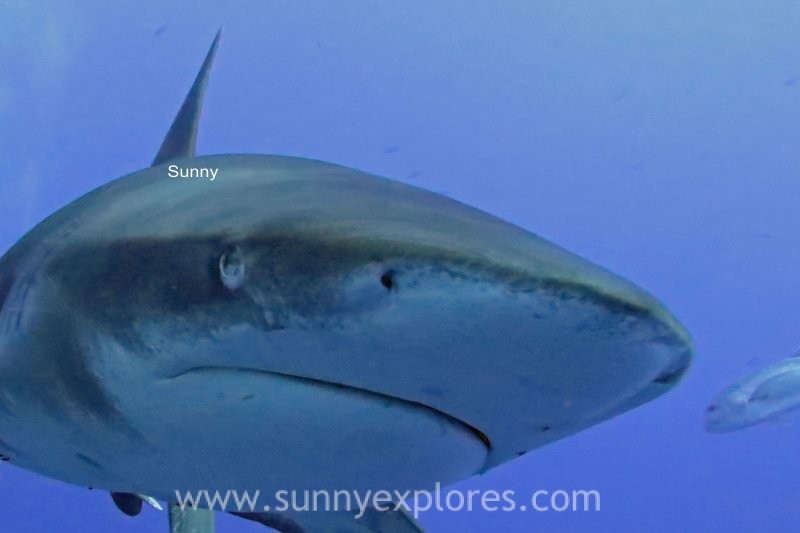 The Red Sea in Egypt offers many great dive sites. Probably most famous are the sites Deep South, Daedalus reef, The Brothers and Elphinstone. It’s only possible to dive this ‘Golden Triangle’ from a live aboard. It might be some trouble to find the right initiary and a good boat, but it’s definitly worth it if you are looking for shark encounters. 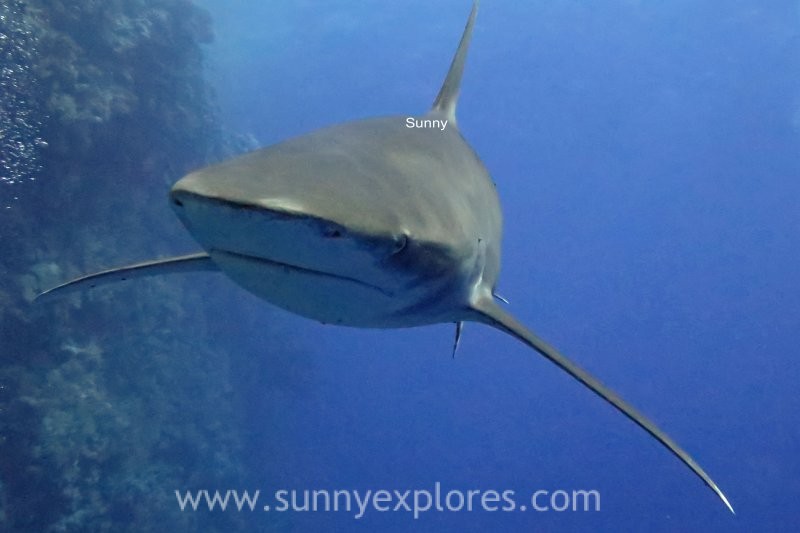 Elphinstone reef is is a cigar-shaped reef over 400 meters in length. It is located in the southern Red Sea, close to Marsa Alam. It was named after Admiral George Elphinstone, a British naval commander who served in Egypt during the Napoleonic wars at the beginning of the 19th century. Boat captains called Elphinstone reef ‘Father of the Red Rock’ due to the red rock formation they used as a visual reference. Diving in Elphinstone means a pretty spectacular drop-off into the infinite depths of the Red Sea. The abundance of corals is amazing, but most people dive here hoping for shark encounters. The Oceanic White Tips I met here were extremly curious. 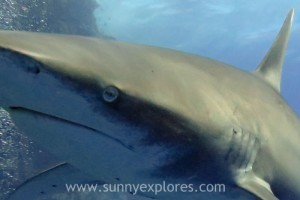 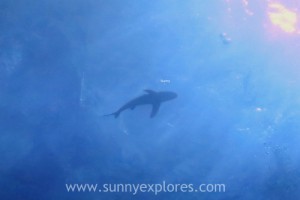 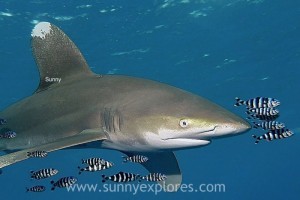 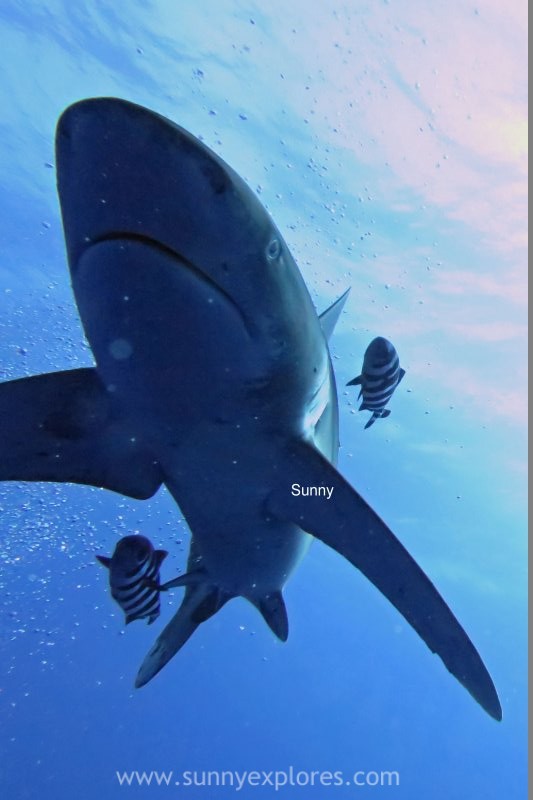 Little Brother and Big Brother are two islands about 60 kilometres off coast between Safaga and El Quseir. The currents are mostly strong wich makes diving here quite a challenge. This dive site shows the variety of the Red Sea ecosystem. In 2012 CNN rated Big Brother 9th in a list of the world’s best 50 dive sites, and second in the Red Sea, after the Thistlegorm close to Sharm el Sheik. Little Brother is famous for the soft corals, a huge gorgonia field and the shark encounters. Big Brother is best known for encounters with Oceanic White Tips and Hammerhead sharks. But there are also two wrecks: Numidia and Aida. The Numidia was built in 1901 in Glasgow. In the night of July 19 and 20 1901, during her second voyage, she hit the Big Brother Island, under circumstances which were never completely defined. The wreck now lies vertically on the reef, broken into two pieces at the depth of 10 to 85 metres. The Aida was built in 1911 for Egypt’s lighthouse supply missions in the Red Sea, but she was mobilized during the Second World War. She took a hit by German bombers, but her captain managed to beach her and have her repaired. In 1957 she crashed against the reef during heavy storms. All crew members were saved, but the ship floated away before finally sinking. The wreck lies at a very steep angle between 30 and 60 metres deep. 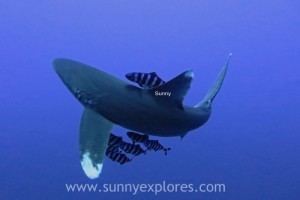 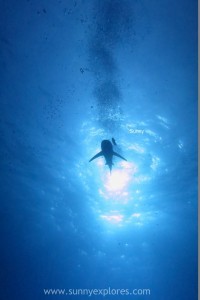 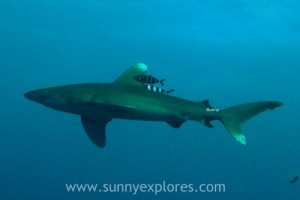 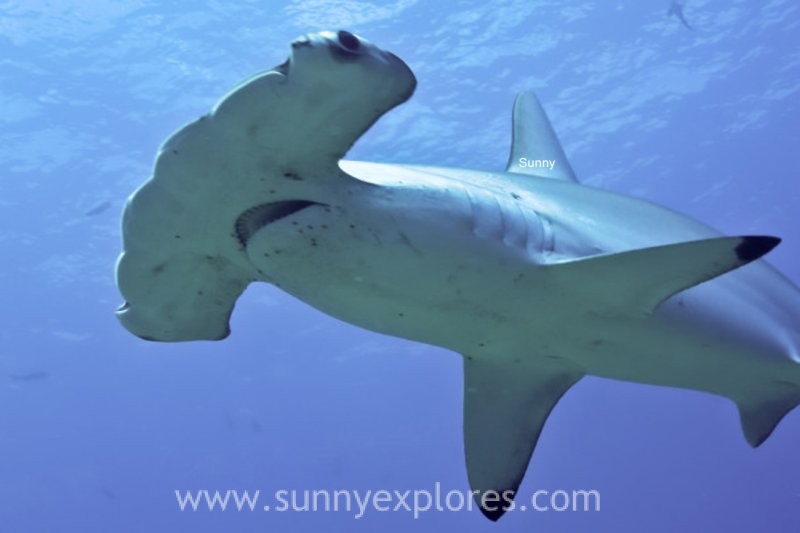 Daedalus reef is a 400 metres long and 100 metres wide reef in the Red Sea located about 90 kilometres from Marsa Alam in Egypt. It’s a huge, egg-shaped reef formation surrounded by sloping walls. On the south plateau, which extends down to 30 to 40 metres you can see moray eels and Napoleon wrasse. The west side and the northern plateau are famous for their resident Hammerhead schools with 20 till 35 individuals. The lighthouse on the island can be visited, but you have to climb 224 steps for it. Go there just before sunset: the view is stunning. The Red Sea is extremely blue and endless. 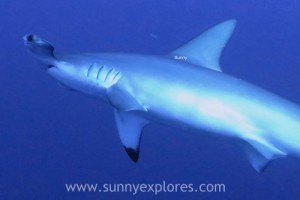 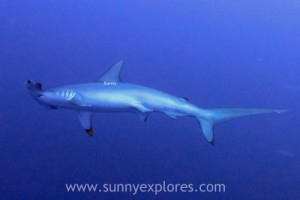 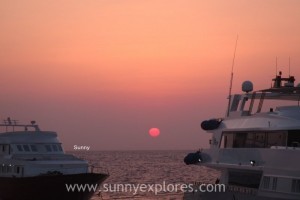 It’s my advice to dive these Golden Triangle sites in Deep South in september. The water is about 30 degrees then and it’s the best shark period. I can’t emphasize enough it’s important to find a good boat compagny. The quality of the guided dives and the boat facilities are very divers. So make sure you find a live aboard that suits you and your diving skills.

1 thought on “The Golden Triangle: diving Deep South in Egypt”