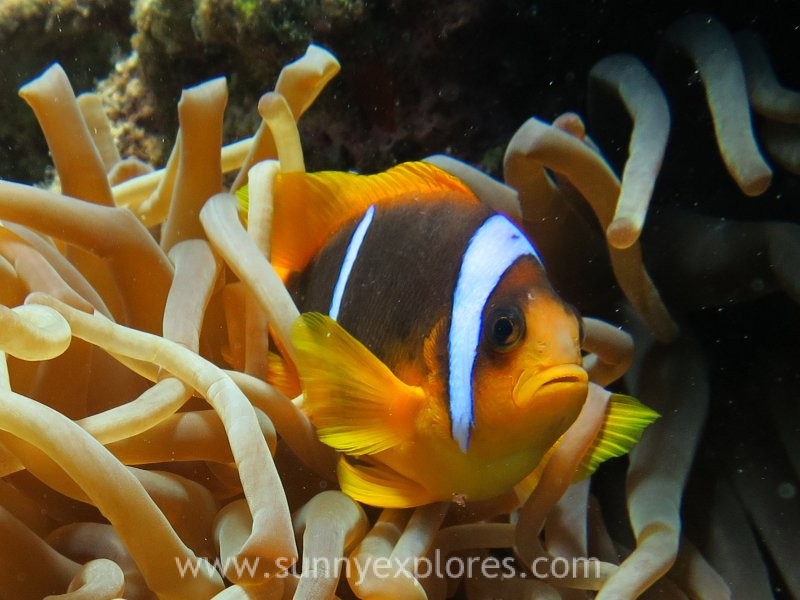 Scuba diving allows me to discover another, magical world. I was so lucky to meet dolphins, whales, sharks, octopuses and many more wonderful beings. It’s always a pleasure to find anemonefish. These busy little fish make me smile every time I encounter them. And little Nemo is populair among many people according to the statistics of my blogs ‘Finding Nemo in the Red Sea’ and ‘Finding Nemo in Dahab part 1’. Recently I was going through my many diving photos from Dahab and I found so many Nemo photos that a Finding Nemo in Dahab Egypt, part 2 was obvious. 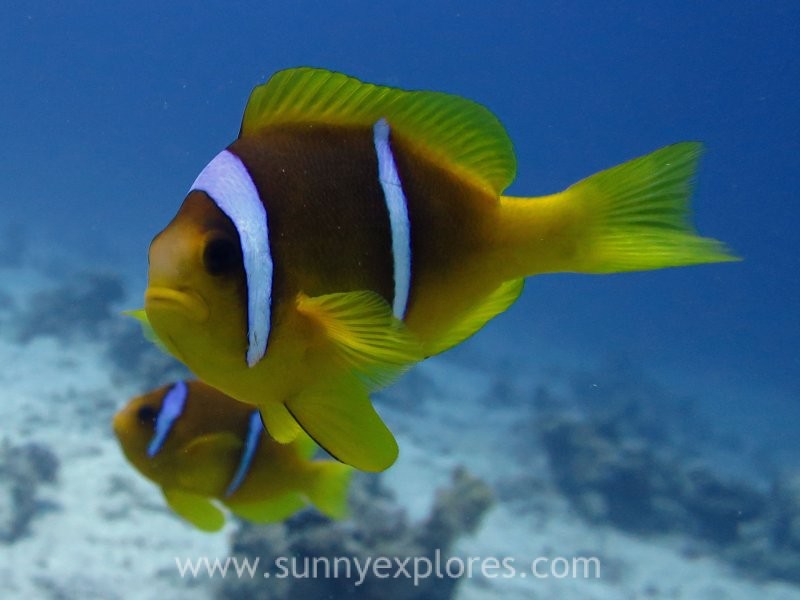 Unfortunately the movie ‘Finding Nemo’ made clownfish popular aquarium pets. I think all wild animals, including all fish, should live in freedom, not in captivity. Nemo fish are actually clownfish or anemonefish. Anemonefish are named after the sea anemones in which they make their homes. There are 28 different species in many colors, such as pink, red, yellow, black, brown and multi-colored stripes. The largest anemonefish can reach a length of 15 centimeters, while the smallest are barely 7 centimeters long. 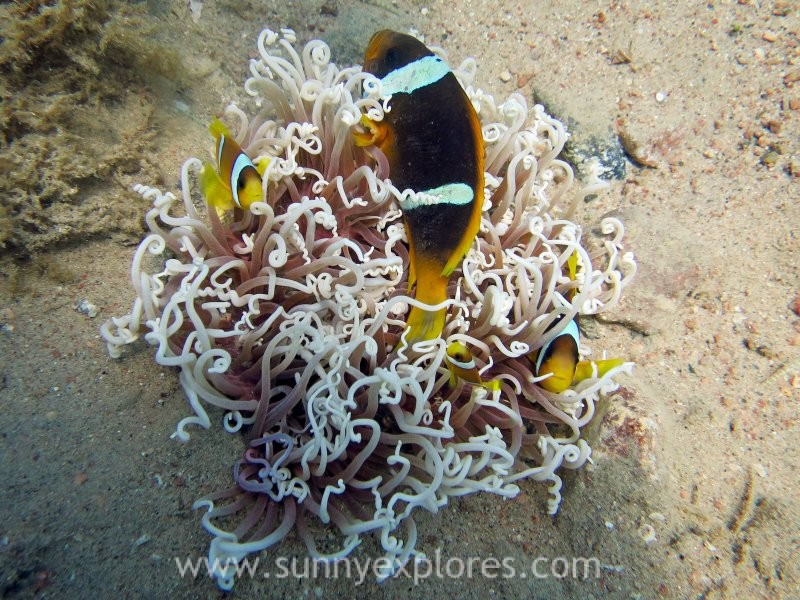 Anemonefish are found mainly around certain kinds of anemones, creatures that anchor themselves to the sea floor. They use their tentacles to attract food. The anemone’s tentacles have stinging cells called nematocysts that release a toxin when prey or predator touches it. Clownfish are omnivores, which means they eat meat and plants. Their diet typically consists of algae, zooplankton, worms and small crustaceans. 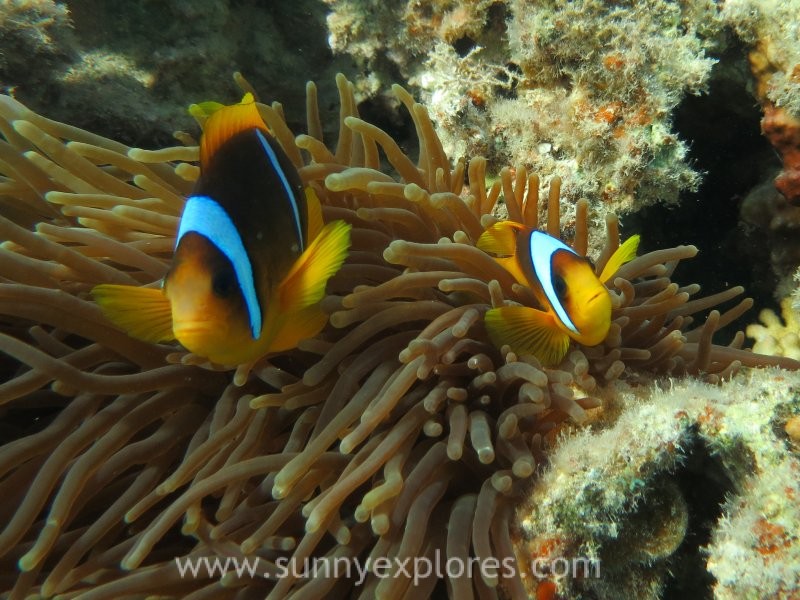 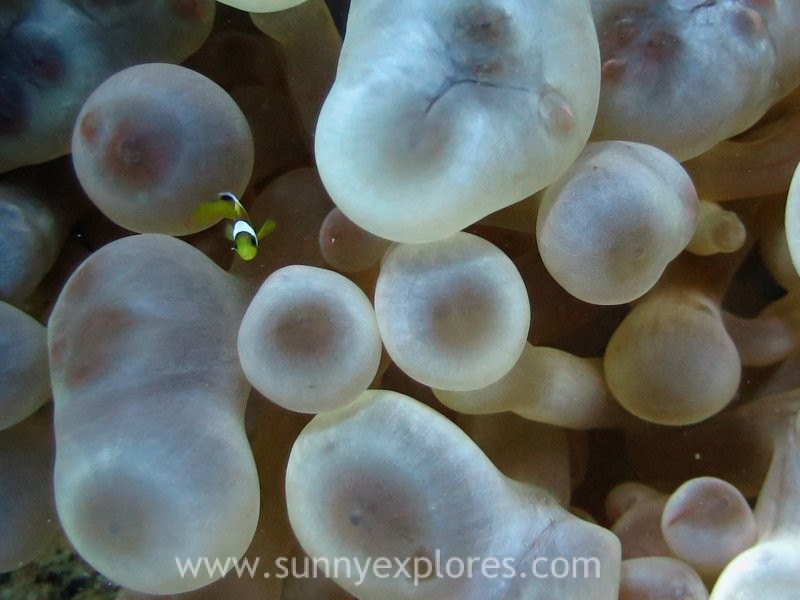 It’s the male that takes care of the eggs. The eggs hatch in six to eight days. The larvae float away and spend about 10 days adrift. At that moment they are still transparant, only when they start to mature they will get the color of their species. The juveniles search for a host anemone. The first time they stay safely in their anemone. When they grow larger they will seek for food, but always within a a few meters from the anemone. Clownfish are not endangered. However, we are loosing our reefs and the loss of habitat puts the fish in danger, just as fishermen catching anemonefish to sell them as pets. Another reason why we have to take good care of our coral reefs. 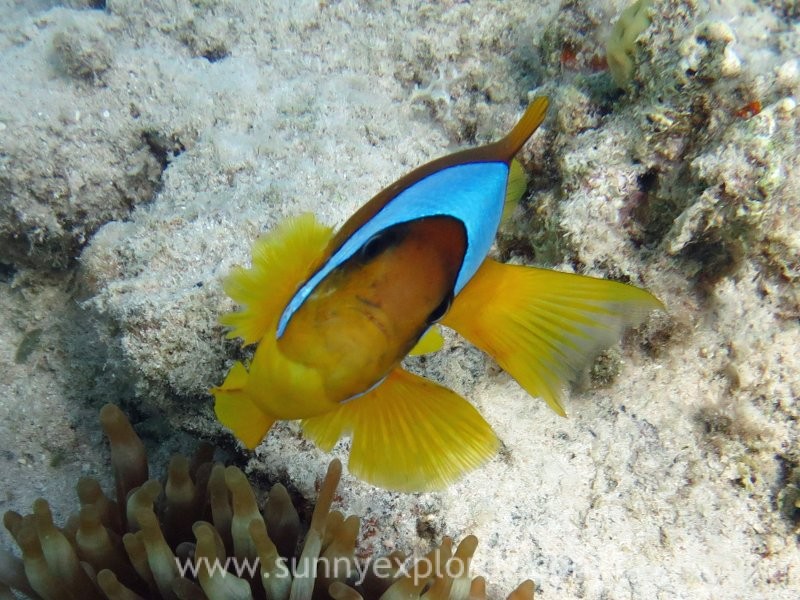 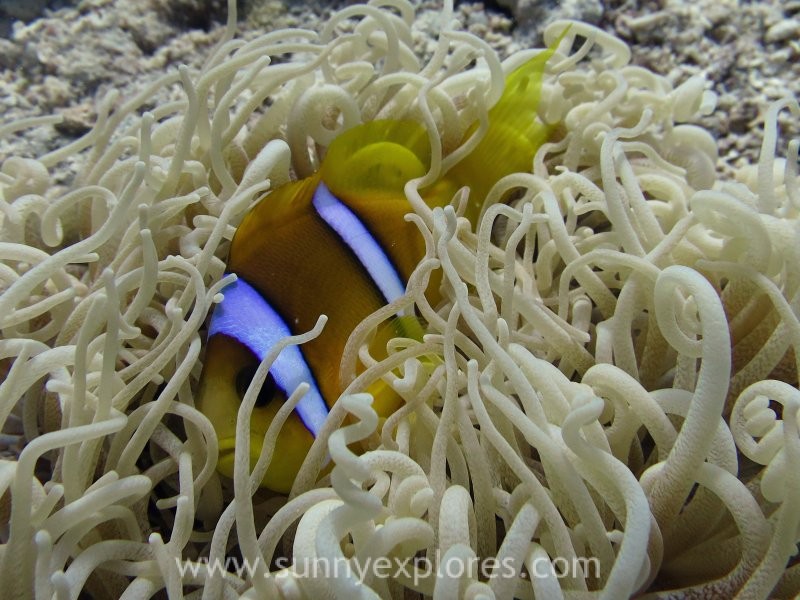 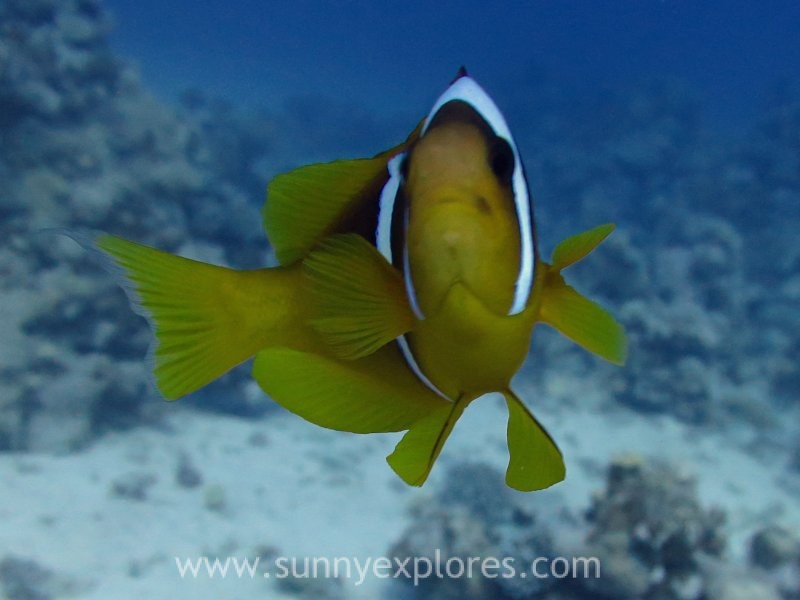 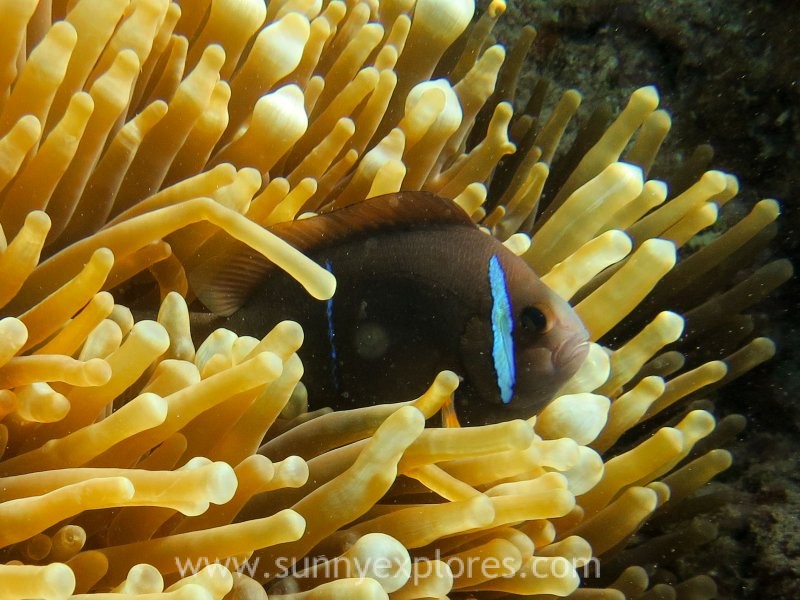 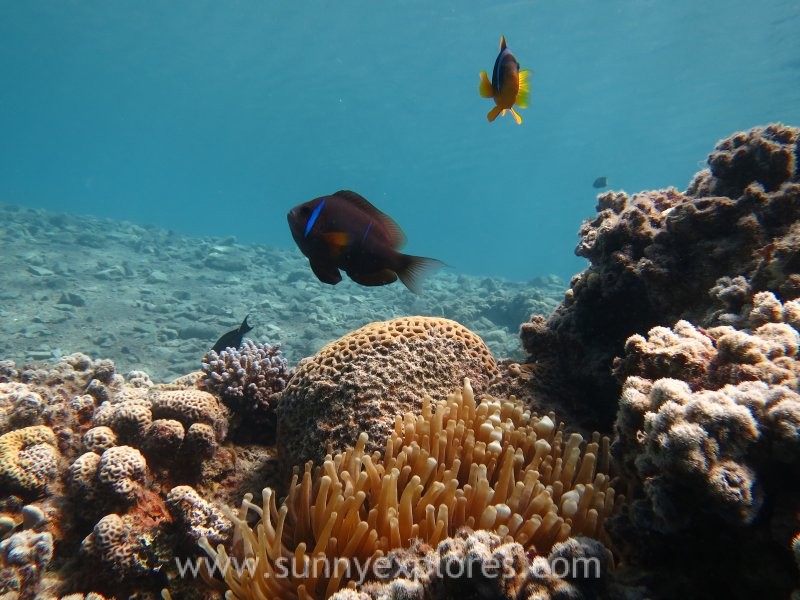 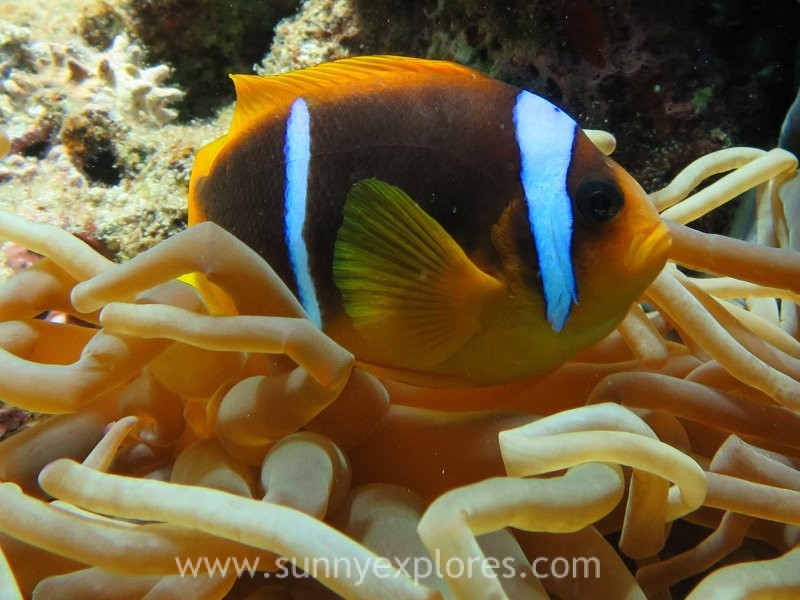